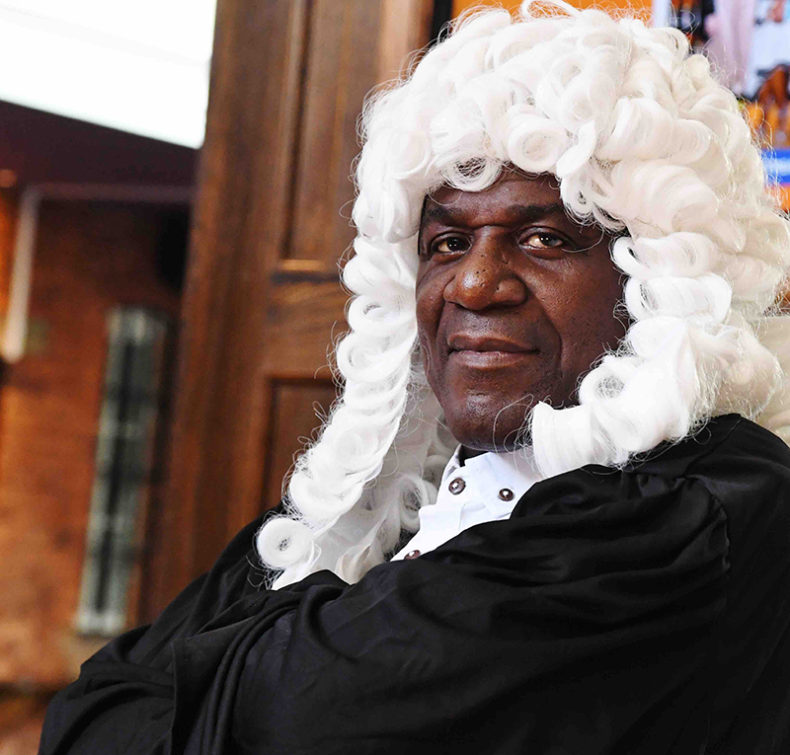 AN INTERVIEW WITH NEVILLE STAPLE (THE SPECIALS/FUN BOY THREE)

Known as The Original Rude Boy, Neville Staple is a Jamaican-born British singer, credited with changing the face of pop music not only once but twice. His 35-year career in the music business is well documented, from the early days with The Coventry Automatics, The Specials, and Fun Boy Three, to working  with Ranking Roger in The Special Beat, and various other collaborations during his solo career from the 90s until the present day.

About his musical legacy, Neville Staple comments: “The way we brought it was mixing Jamaican music with the English style, which was actually punk at the time. Now most people are into ska.  They listen to all the people that we talked about that they might not have listened to before. This has happened again and again with the different waves of ska. I am hearing lots more young bands now also putting their own spin on ska – some with dance music and some with a rock beat. It’s all good. The music just makes you want to dance. Even when singing about tough times, everyday things or bad things, the beat and the rhythm makes you want to move!” 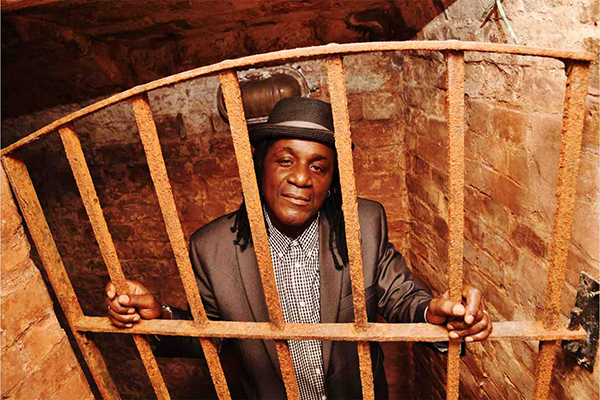 This style of music resonates personally with me. The Two Tone singles were the first records that I ever bought. Despite my musical taste diversifying over the years, it remains one of my favourite musical genres. The prospect of chatting to one of its innovators was  extremely attractive immediately the opportunity arose.

The title of Staple’s new album led me to the inevitable opening question, as I wondered if this Judge Roughneck’s identity roots lay in fact, or were indeed fiction. Staple informed me that the first musical outing from the character dated back to his time in The Specials. They had a song called “Stupid Marriage”. The roots came from a Jamaican idea from Prince Buster and the ten commandments of man. Staple has released the first video for the title track, which was presented as a unique and humorous view of court proceedings. The location of the video also proved quite a talking point. Featured in the video was the actual court where Neville himself was sentenced in his youth to a term in Borstal. I wondered if revisiting the place had triggered some unpleasant memories from his youth. He laughed before making light of the experience, adding that he regularly passed the building and had not been adversely affected by the same. Hence he was comfortable filming the video in the actual court room, and indeed the actual cells themselves were he had previously been locked up. He stated that it is already common knowledge and he has never attempted to hide it.

This is a new album with a difference, as the tracks are not all new songs. It features a mix of the same nature of the old proverb something old, something new, something borrowed, and featuring some original songs, interpretations of songs that Neville had previously recorded with other bands, and some traditional Jamaican roots tunes. Why had he decided to mix it up with this particular album in terms of the track listing?  The old songs were particular personal favourites. Neville informed me that the new songs were written by himself, his wife and the band members. Two members of the Neville Staple band had actively contributed to the songwriting on the album. 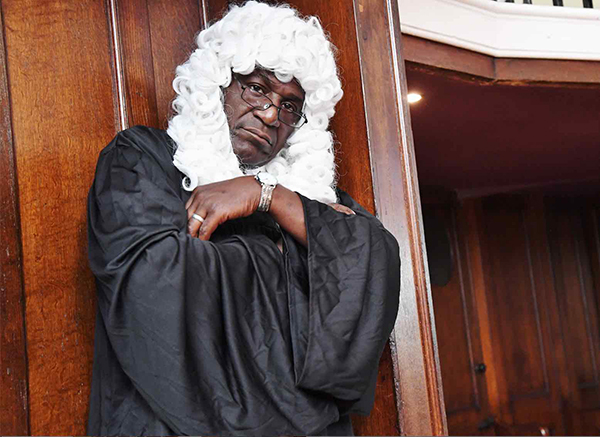 Neville is primarily known for being part of the classic line-up of the UK ska legends The Specials.  I was particularly keen to find out the true and accurate reason for his eventual departure after he had participated in two reunions of the band. Doing some research as interview preparation, I regularly came across the reason given as being “for medical reasons”.  As a long-standing fan I found this puzzling as several months later, and ever since, Staple had continued to tour and regularly play live.  “No, no no, that is a rumour that people are putting around.” It was because they didn’t want him in the band any more. I followed up by asking in an era where reunions are now becoming commonplace if that situation had changed. Sadly Neville informed me that “They are not going to ask Jerry (Dammers), Roddy or me – I am just being straight with you”.  Thus that door seemed to be firmly closed — well at least for the foreseeable future anyway.   “They wont, that’s it.”, he informed me. Neville did however admit to missing, as he termed it, “the original Specials”, enjoying three reunion tours, but he stated that it then became “monotonous.”

Ska as a musical style has a very long lineage and colourful history. I thought that perhaps one of the legends of the genre would be in an ideal position to attempt to define its enduring popularity and everlasting appeal. Neville’s  grounding in the music was deep rooted as he grew up listening to it with his parents. He had a sound system at a young age, and also his cousin used to play ska on his own sound system. Even now when he returns to Jamaica with his wife, they still hear both ska and reggae playing everywhere. The older generation still play ska, and Neville and his wife enjoy spending time with the traditional reggae artists. He is now mixing with the very same artists that he used to listen to on his sound system as a youth. In terms of his own longevity, Neville put that down to “getting on with the fans”, and also still enjoying what he does. He still loves  the music and performing, and also the interaction with the crowd. “I will always be doing ska.”, he summed up.

Reviewing his career Neville stated that he was most proud of “bringing ska to the UK fans who only knew reggae”. When they first started doing ska, a lot of English folks didn’t know about it. It was a personal privilege for him to bring ska over to the UK and then it became infectious and extremely popular. The Two Tone Movement was then an attempt to bring black and white people together, as at the time fascists were disrupting shows. Audiences were mixed as the music tried to bring people together. These days things are much improved, he was happy to report. He was also seeing a new generation of fans at the shows, as long standing fans were now also bringing their children along who had also grown up listening to the songs.

Music appeared to be a full time occupation with Neville — he explained that his wife is also a musician and they create music together ahead of her also releasing an album soon. They also produce and write songs together. The Staples also put on a Ska weekender twice a year called Skamouth, which requires a significant amount of work and effort.

I assumed Neville was a keen fashion fan, and must enjoy shopping. The ska music and the sharp suits always seemed to go hand in hand.  Unfortunately my vision of a debonair ska music legend paying attention to brands and styles was misplaced. It seemed that their stage clothes were mostly donated to them, and he merely just dressed in them before hitting the stage. “We still always stay very smart.”  That was always the case from day one with Jamaicans creating the phrase “you are dressed very rude”, which meant smart and nice. Staple felt that his albums were actually getting better as he got older, “but I am always proud of all of them”

When ska and Two tone exploded in the UK, I wondered how Neville and his fellow band members coped with the subsequent fame and success.  Had it been difficult to embrace?  They had gone from young guys around town playing sound systems, to having a huge amount of success.  Previously, the only successful black guys were visible  on television. The TV appearances followed, but it never went to their heads, as they were primarily still concerned with enjoying and playing the live shows. Even in the light of all his achievements with the Specials, and also his subsequent bands Fun Boy Three, and The Special Beat, Neville philosophized saying “Never let your dreams go.”  He still has unfulfilled ambitions even today.

I'm a 40 + music fan. Fond mostly of Rock and Metal my staple-musical food delights. Originally from Northern Ireland I am now based in the UK-Manchester. I have a hectic musical existence with regular shows and interviews. Been writing freelance for five years now with several international websites. Passionate about what I do I have been fortunate already to interview many of my all time musical heroes. My music passion was first created by seeing Status Quo at the tender age of 15. While I still am passionate about my Rock and Metal I have found that with age my taste has diversified so that now I am actually dipping into different musical genres and styles for the first time.
RELATED ARTICLES
featuresfun boy threeneville staple