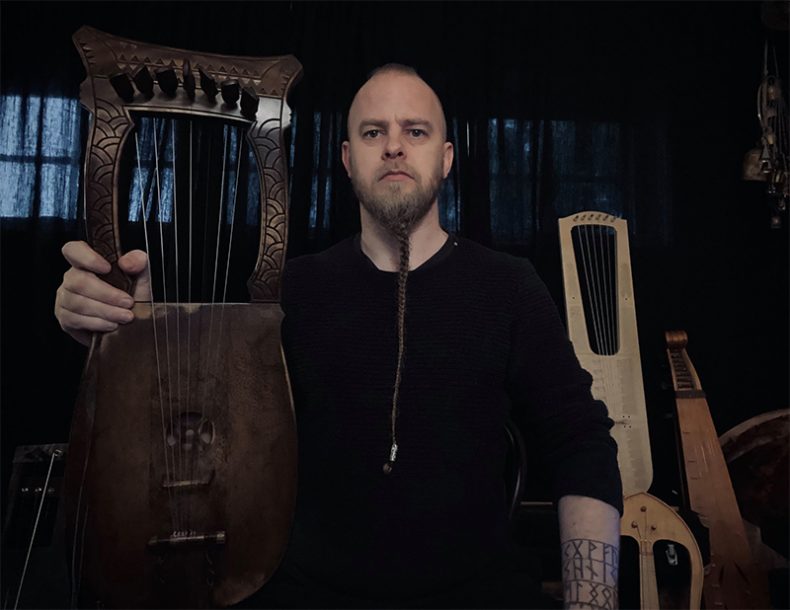 ON THE WINGS OF THE WHITE RAVEN

A CONVERSATION WITH EINAR SELVIK OF WARDRUNA

Wardruna is a traditional Nordic band who has inspired a global following of fans with its unique approach to music utilizing historic instruments and oral traditions and language. They are soon returning with their latest studio album Kvitravn, and in anticipation of the new release, frontman Einar Selvik, took a moment to discuss the inspiration for the new album.

Kvitravn, translating to ‘white raven’, is Wardruna’s fifth full length studio album and a continuation of their previous album trilogy, Runaljod. ‘I would say in many ways it’s a continuation of the previous works; it follows the same kind of creative concept where the themes themselves define the instrumental needs, where I record, when I record, language, music,’ Selvik says of the new album. ‘It follows the same methodology and in terms of the themes I would say it’s highly relevant to the previous works, the album zooms more into the details of things, digs a little bit deeper into specific things especially in regards to the human sphere and our relationship with nature and animals; how we define ourselves in terms of this older way of seeing things.’

Selvik discussed in further detail the personal meaning behind the white raven. ‘The raven itself is an animal I have an almost totemic relationship to. It’s a central animal within Norse and Nordic culture. It’s seen as a messenger between worlds, this world and ‘the beyond’ if you will, between deities and humans. It’s also seen as the animal embodiment of the human mind and memory in nature and so all of these things are powerful symbols and combining that with sacred white animals, something I think is a global phenomenon; you see it in many cultures, Native American cultures, and African cultures. It’s not only ravens, there’s serpents, lions, reindeer, etc. They always seem to have prophecies regarding them or myths connected to them, often being seen as a harbinger of change, enlightenment or other things, so for me it becomes a very powerful symbol, the symbol of the White Raven – the Return of the White Raven if you will, and perhaps an element of hope is in the title, a hope for change.’ 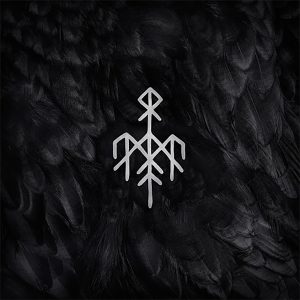 Language and ancient oral traditions play a significant part in Wardruna’s music and with Kvitravn, Selvik enlisted the aid of Kirsten Bråten Berg, a notable custodian of traditional Norwegian song, who assisted in arranging guest vocalists for the album. ‘She’s kind of a living legend in terms of the older song traditions in Norway, so it’s a great honour to have her and her daughter along with two other quite prominent traditional singers on boar. On one hand it’s the musical thing, but on the other hand also I would say that these people are the reason why my generation and the next generation are able to enjoy this kind of music, so they’re important culture bearers and having them on board this album is a great honour for me,’ remarks Selvik.

Selvik discussed the process of deciding which instruments and bodies of text to include in Wardruna’s music. ‘I would say that process is quite intuitive; some songs or themes have more of a given idea with regards to what kind of instruments make sense and not in other cases; it’s a bit of trial and error to see what works,’ he said. ‘It always becomes more powerful when the sounds reflect the content I’m working with. Discovering new instruments, what we know and the resources we have are quite limited, but being interested in these things means I pay a lot of attention to archaeology and whenever there are new findings it affects that but there are new instruments on this album, or at least ones I haven’t used before but I would say they all belong to the same instrument family that I’ve been using in earlier works.’

‘Studying old Norse poetry is an important part, it’s a huge inspiration of course, but I try to find my own angle into it’, Selvik said with regards to developing the lyrics. ‘Studying the primary sources is a good thing but whenever I decide upon a theme I try to first go to what we know or think we know about a given theme, both in terms of studying the primary sources but also interpretations of things. Generally I try to know as much as I can about a theme before I go into the creative process so I’m not climbing a tree without roots.’

Aside from the new album, Selvik has been involved in other creative projects including providing music and acting as a cultural consultant for the video game Assassin’s Creed Valhalla. ‘It feels good to be heard in such matters. It was great that they were so open and hungry for input and finding the authenticity of the culture and the fact that I was able to highlight certain things that so often are forgotten,” Selvik remarked on acting as a cultural ambassador. ‘It’s great when such a big production wants to do a good job in terms of getting things historically correct or at least basing it on things that are historically correct. I was given the opportunity to give voice to a part of the culture that is very often neglected when it’s being portrayed in a movie or a series, namely the oral culture; how central the poetic culture was and I was given the opportunity to give voice to the skalds and old poetic traditions.’

Kvitravn is available now and serves as an intuitive journey through nature and the beyond for new and seasoned fans alike.

Samantha is both a writer and a fan of the arts and has been able to find numerous ways to pair the two. Eager to dive head first into writing for Spill, Samantha is an avid partaker and reviewer of live art in Toronto serving as an editor at Mooney on Theatre exploring live local theatre, she's a photojournalist for Been Here Done That, a travel, dining and tourism blog that focuses on Toronto and abroad and previously for Lithium Magazine. She's passionate about music, theatre, photography, writing -- not necessarily in that order. She drinks tea more than coffee, prefer ciders over beers, and sings karaoke way too loudly. You can follow her on various social media including Facebook, Twitter, and Instagram.
RELATED ARTICLES
einar selvikfeatureskvitravn