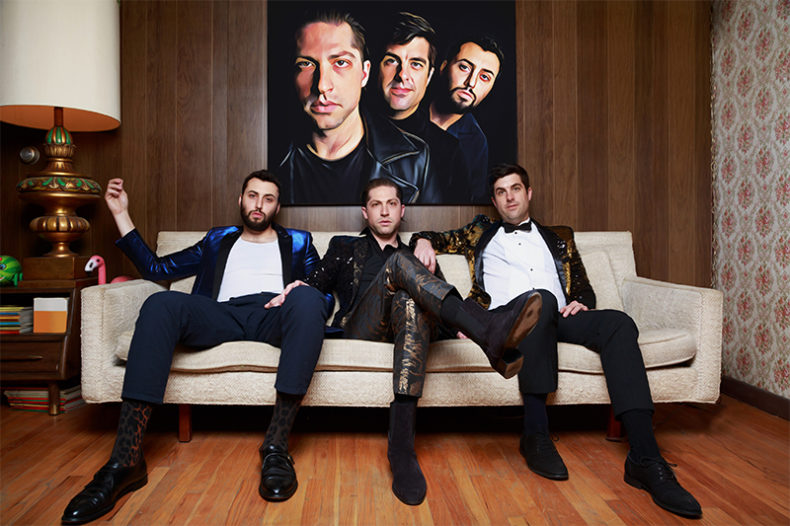 When he’s not playing keyboards on the Tranquility Base Hotel & Casino tour with Artic Monkeys, Tyler Parkford is busy with his main project, Mini Mansions – an alternative synth-pop band who have propelled the genre forward for the past nine years; their upcoming EP, Works Every Time is no different. The band, consisting of Parkfork on keys and vocals, Queens Of The Stone Age bassist Mike Shuman on guitar and vocals, and The Last Shadow Puppets’ Zach Dawes on bass, is currently on tour opening for Artic Monkeys on their aforementioned tour – with Parkford pulling double duty – as their gear up for their big return.

Works Every Time, the band’s four song EP due for release on September 28, is a stunning and moving collection of songs, and their first release 2015’s critically acclaimed full length, The Great Pretenders. While many would see as an EP as a step backwards, Parkford describes it as the perfect way to fulfil the music, stating “when we put these four songs together, they just felt right together and we didn’t want to risk taking away from these tracks by including more. We originally wrote a group of songs that surpassed what an album would need, and within that collection was a small group of songs that we felt would make for a great EP; they seemed like a more profound of a group if they were on their own EP than if they were in the full length that is yet to be”. While Parkford could not speak for the full length album that is set to be released next year, he disclosed that the album is in fact finished, furthering the idea that the idea around Works Every Time is to build excitement around Mini Mansions once again, “it will reintroduce us with a slightly different sound – The Great Pretenders is left field, this is kind of right-centre from there. This kind of allows for us to introduce our new sound rather than slip n’ slid into the new album”. 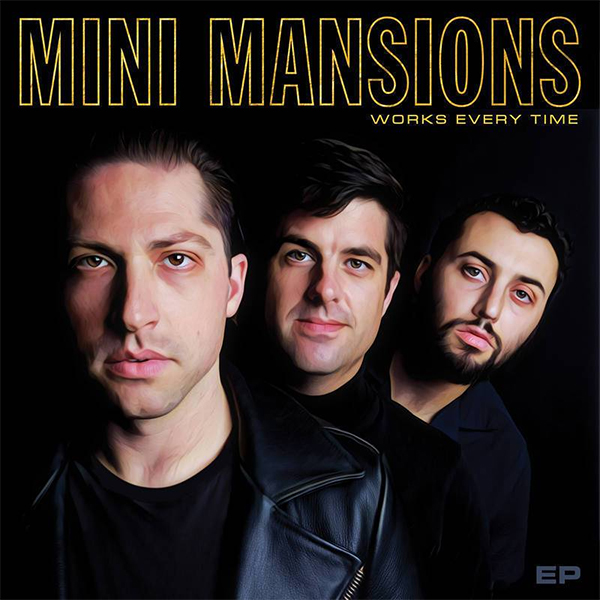 PRE-ORDER WORKS EVERY TIME VIA iTUNES

Of the four tracks across Works Every Time, Parkford shares vocals with Shuman – taking lead on the songs they respectively wrote, something that was inspired by Fleetwood Mac. Parkford sings on the title track and “This Bullet” while Shuman sings Midnight In Tokyo” and their cover of Edwyn Collins’ “A Girl Like You”. The EP is dark, ambient, thrillingly creative, and tasteful as their use of synth driven textures continues to challenge what is expected from synth-pop, with Parkford explaining, “synths can sometimes water down a song, in a way. We try to use them as characters.” Having already released a music video for “Works Every Time”, directed by Colin Hanks, Parkford says to expect another music video for “Midnight In Tokyo” that was actually shot in Japan. Overall, while only four songs in length, Works Every Time is a welcome step forward for Mini Mansions that will leave fans excited for what is and what is to come. He continues, “Listening to records, I would hear when certain songs felt like they were just thrown in- they’re just like fluffers in pornography, they’re just fluffing it up a little bit – they just want the main single to hold its erection. There are no fluffers here”.

As for the upcoming full length, Parkford describes it as “all over the map” but similar in tone to Works Every Time. He seems excited for what Mini Mansions are up to as they build momentum on what feels like a return that is three years in the making. As he continues to open for and perform alongside Artic Monkeys, he says the energy from this tour is unlike anything else. Having recently taken the stage for a sold out concert at Toronto’s Scotiabank Arena on August 5, he wanted to make a special shout out to Cherry Cola’s Rock & Rolla Cabaret Lounge – an essential bar and venue among the city’s vibrant musical scene – and his favourite haunt in the city. While it is unknown as to when Mini Mansions will return to Toronto, it feels like a safe bet to assume they’ll hit the road extensively throughout 2019 in celebration of Works Every Time and their forthcoming album.

A passion for music has always been a part of Gerrod’s life. As a young boy, he was raised on a steady diet of the music from The Chili Peppers, Aerosmith, The Stones, Prince, and others from his mum. Raised in the GTA, Gerrod continued to foster his love for music by attending a wide range of concerts and learning the drums. His unapologetic passion for music has no bounds and has spread to a wide variety of styles, whether it be the 90’s rock that sound tracked his teenage years, the jazz he studied in university, or his newfound love for hip-hop. He recently received his bachelors in music and education from York University and is passionate about writing and reviewing good (and less than good) music. Gerrod is also the drummer and songwriter for a Toronto based rock & roll band, One In The Chamber.
RELATED ARTICLES
arctic monkeysfeaturesmini mansions