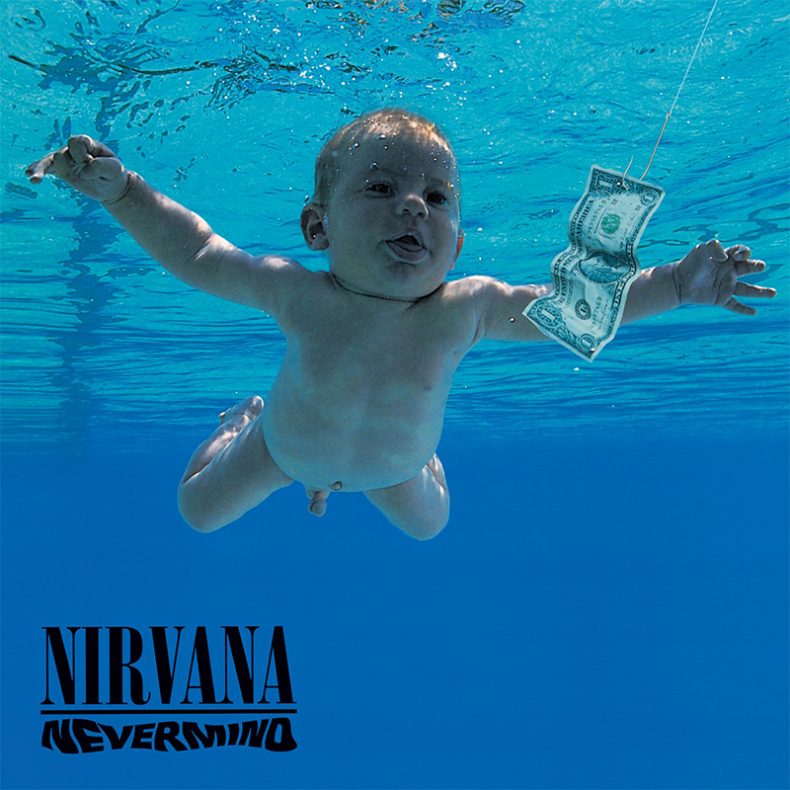 As the 1980s came to an end, popular music hadn’t changed all that much. In the first few years of the ’90s, Synthpop, New Jack Swing and Hair Metal still dominated the airwaves and MTV.

However, in the fall 1991 a trio from Aberdeen, Washington would change popular music and define the ’90s with its sophomore album, Nevermind.

There are very few albums that can define the sound of a generation, but with the opening notes of “Smells Like Teen Spirit,” Nevermind did just that. It became the anthem for the kids of Generation X, even if it was unintentional. Along with “Come As You Are,” “In Bloom,” and “Lithium,” it became the Sgt. Pepper and the Never Mind The Bollocks of its time.

Nirvana formed in 1987 in a small blue-collar town outside of Seattle, Washington. Frontman and guitarist Kurt Cobain and bassist Krist Novoselic had met in Aberdeen High and bonded over a love of Seattle-based band the Melvins, whose sludgy sound would greatly influence their own. 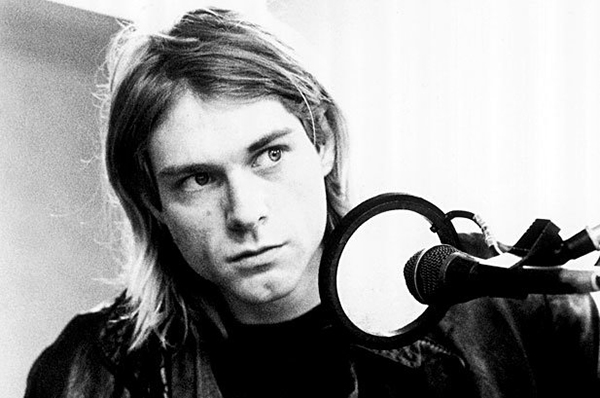 Cobain recording “Something in the Way”.

After going through several drummers, Cobain and Novoselic decided on Chad Channing in the spring of 1988. Channing would play on the band’s first single “Love Buzz,” released in November of that year on the Seattle-based label Sub Pop, who also released several other key records during the burgeoning Grunge scene, including Superfuzz Bigmuff by Mudhoney and Screaming Life by Soundgarden.

Shortly after the release of its first single, Nirvana decided to record its debut album, ignoring Sub Pop’s suggestion to release an EP first. The album was recorded in four separate sessions, with the bulk of them in December of 1988 led by producer Jack Endino.

“I think the total amount of time that was spent on it was about 30 hours,” said Endino. “They were very much about the music at the time. Absolutely focused on what they were doing; they had to be very efficient to make recordings that quickly, that were that good.”

Its debut LP Bleach was released on June 15, 1989 to a warm critical reception; however, the album failed to chart in the U.S. Bleach was typical of Nirvana’s early musical direction, featuring heavily distorted guitars and wailing vocals. There was one exception, however, that gave its small audience a hint as to where it might be headed. “About a Girl” was the one song that stood out on the album, due to its Beatles’-like chord structure and melody.

While on the Bleach tour, Cobain and Novoselic grew dissatisfied with drummer Chad Channing who was quickly replaced with Mudhoney drummer Dan Peters, who remained with the band until the tour ended. 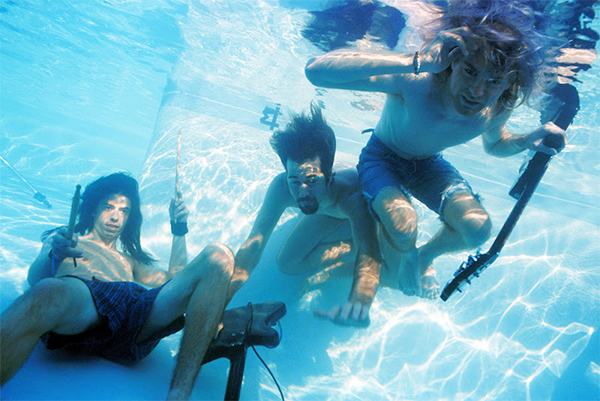 In 1990, Melvins’ frontman Buzz Osborne, who had befriended Cobain and Novoselic, took them to see the hardcore Punk band, Scream. Scream’s drummer Dave Grohl impressed both Nirvana members and when Scream disbanded shortly thereafter, Grohl was asked to join Nirvana.

“Once Dave joined, Nirvana was just like a tight machine,” said Novoselic. “It just all fell into place. I don’t know if it was providence or what. Something guided us to get together and you could feel the impact right away.”

With the classic Nirvana lineup and its recent signing to Geffen Records, the band began writing what would become Nevermind. The songs, primarily composed by Cobain, were noticeably more melodic than that of the ones on Bleach. Cobain’s dissatisfaction with Nirvana being labeled as a Seattle “Grunge” band motivated him to expand the band’s sound. Songs like “Lithium” and “Come As You Are” were a major departure from its early distorted Punk jams like “Negative Creep” and “Scoff.”

Despite the urge from Geffen to go with a more experienced producer the band decided on Butch Vig, who had recently produced the Smashing Pumpkins debut Gish and with whom the members felt more comfortable.

The recording process was quite different than its previous ones. Vig encouraged Cobain to double-track his voice on many of the Nevermind tracks. Grohl would also provide backing vocals on many songs including “In Bloom.” Despite the use of studio tricks, Cobain insisted on having heavily distorted guitar parts on most of the album.

“He didn’t want it to come across as sounding too Poppy,” said Vig. “So if the guitars are roaring and really thick and really heavy, and if the drums are pounding; that dichotomy would really work for him.”

Despite using distortion on many of his guitar parts, Cobain also began experimenting with a chorus pedal, which helped give his catchy melodies a unique sound and would set Nirvana apart from other Grunge bands of the time.

Acoustic guitar was something that also added a new depth to Nirvana’s sound. Tracks like “Polly” and “Something in the Way” brought a subtlety to Nevermind. These tracks, along with the slower electric ones, showed for the first time the real beauty of Cobain’s voice. Despite his powerful screeching on Bleach, audiences were deprived of hearing one of the most unique (and later emulated) singing voices in recorded music. On Nevermind he proved that he not only had a deadly scream but great pitch as well. 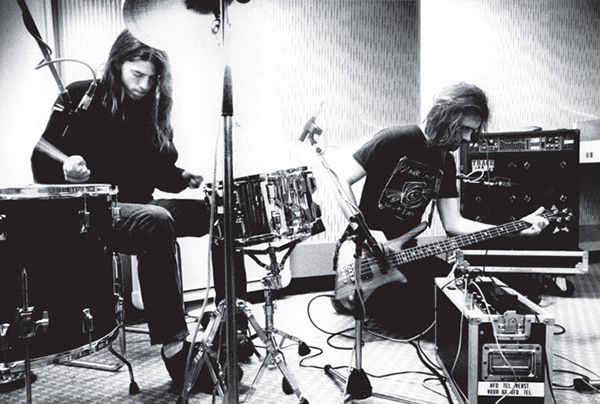 Dave Grohl and Krist Novoselic during the recording sessions.

“Smells Like Teen Spirit” was chosen as the lead single because of its raucous energy and Arena Rock-like chord changes. However, DGC predicted that “Come As You Are” would be the band’s first hit rather than “Teen Spirit,” which was meant to build up the fan base of the growing Alternative Rock scene. As predicted, when it was released on September 10, 1991, the song did not chart well. Still, “Teen Spirit” was picked up by college radio and modern Rock stations and put into heavy rotation. Seemingly out of nowhere, the song became a phenomenon, quickly rising to the Top 10 on the Billboard Hot 100 and number one on the U.S. Alternative charts. The iconic music video, which takes place in a high school gym during a pep rally that has gone awry, was also put into heavy rotation on MTV, making Nirvana an overnight sensation.

Nevermind was released on September 24, 1991, debuting on the Billboard charts at 144. Geffen had hopes that it would sell around 250,000 copies, which was what the record company had sold with Sonic Youth’s major label release, Goo.

As “Smells Like Teen Spirit” fell into heavy MTV rotation, Nevermind quickly became a bestseller and by November, the album had entered the Top 40 and became certified gold and platinum.

By the end of the year, Nirvana found that their concerts were being oversold, not to mention the constant camera crews that set up on stage, night after night. This overnight fame took its toll on the band, and in particular, its enigmatic frontman. Cobain was naturally shy, and had struggled with depression for most of his life and had by then developed an addiction to heroin. The constant flock of journalists who followed him and labeling him the “spokesperson of his generation” caused him to become extremely hostile toward the media. Yet they weren’t exactly wrong in calling him that. Cobain’s songwriting was brutally honest, dark, and sometimes humorous and it made a connection with millions of people.

“Nevermind came along at exactly the right time,” wrote Nirvana biographer Michael Azerrad. “This was music by, for, and about a whole new group of young people who had been overlooked, ignored, or condescended to.” 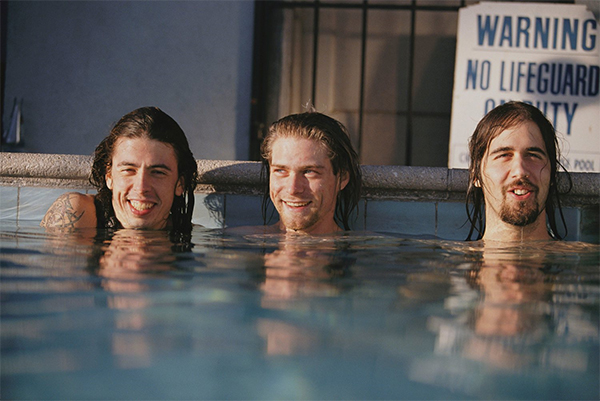 On January 12, 1992, the unthinkable happened: Nevermind had hit the number one spot on Billboard charts, surpassing Michael Jackson’s Dangerous. A few months prior, the thought of a small band from Aberdeen knocking The King of Pop out of the number one spot would have been inconceivable to most. Generation X had spoken and Rock ‘n’ Roll was back on top.

Not only would the Grunge movement become a dominant force in the musical world, it became a bold and popular fashion statement. Plaid shirts, ripped jeans, Chuck Taylors and Doc Martens became the uniform for teenagers across the world.

Following the unexpected success from the album, Nirvana wrapped up its tour and returned to the studio, this time with Post-Hardcore legend Steve Albini to produce. Albini was known for his unpolished production style, most notably with the Pixies’ Surfer Rosa.

The final outcome between Nirvana and Albini, In Utero, was released in September 1993, furthering the band’s commercial and artistic success that Nevermind had spawned.

Seven months later, Cobain committed suicide. The combination of fame, depression and drug addiction was too much for the emotionally unstable songwriter to handle. He was 27.

Since its release, Nevermind has been seen by musical and cultural critics as one of the most socially important albums of all time, likening it to The Velvet Underground & Nico and Never Mind the Bollocks. In 2003, it was ranked 17 on Rolling Stone’s 500 Greatest Albums of All Time. Rolling Stone would later rank it as the number one album of the 1990s.

Without Nevermind there would never have been a Grunge movement and Alternative Rock may never have become mainstream. Artists like Soundgarden, Pearl Jam, and Sonic Youth most likely would not have achieved the success that came to them in the early ’90s. But most importantly, without Nevermind the mainstream culture would never been exposed to the brilliance of Nirvana, and its iconic frontman Kurt Cobain.

As a child growing up in the suburbs, Ryan found music as a way to soothe his boredom. After first hearing AC/DC at the age of 10, he was hooked on music. Tracing its roots to the ‘50s, he became obsessed with Elvis, Buddy Holly and Chuck Berry. Somehow that led to grunge, then psych-rock, then jazz, etc. The list goes on and on and his collection of vinyl records continues to grow.
RELATED ARTICLES
dave grohlfeatureskurt cobain
10

by Andre Skinner on August 24, 2016
Prophets Of Rage @ Molson Amphitheatre, Toronto August 24, 2016 When the initial announcements came out about supergroup Prophets of Rage, with Rage Against The Machine [...]