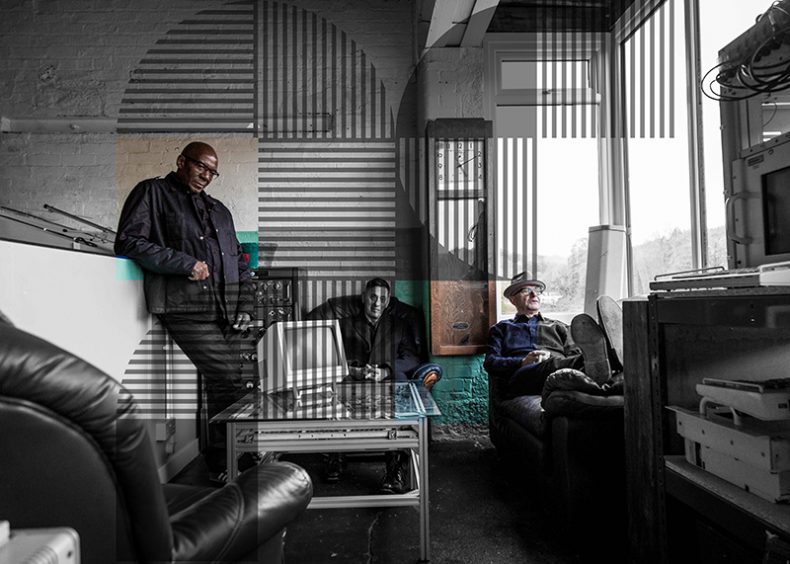 A CONVERSATION WITH MARTIN MOSCROP & DONALD JOHNSON OF A CERTAIN RATIO

40 years into their career, with a recent successful catalogue reissue and their first new album in 12 years, the members of A Certain Ratio are now finding themselves increasingly recognized as pioneers of new wave, post-punk, and cross-genre musical fusion. “There isn’t any type of music that’s got rhythm that we haven’t been into” says guitarist Martin Moscrop. Drummer Donald Johnson agrees: “I’ve been listening to a lot of records where I’ve heard complex drum patterns that would never have been accepted 10 or 15 years ago as something to be celebrated.”

Founded in 1979, A Certain Ratio are pioneers of blending genres and styles. Eclecticism has always been part of A Certain Ratio’s DNA, assures Moscrop. “There are more languages spoken in Manchester than there are in New York” he explains of the English city’s multiculturalism and diversity; “it’s a city of immigrants.” A Certain Ratio released their first single on Factory Records and were a part of the post-punk and New wave underground explosion, yet developed their own unique fusion of punk, New wave, and experimentalism.  “When we started making music, we couldn’t search far and wide enough to hear things” says Moscrop. “That sound was us just making a good sound we weren’t bothered about the Manchester sound or a hip sound or whatever” continues Moscrop. “We created something that was us. It’s the chemistry of all of the guys and our massive record collections, collectively gave us that collective edge.”

Johnson joined A Certain Ratio in 1980 when he saw something unique in the band. “They were playing rhythms with instruments that weren’t percussive instruments, and they were using echoes and waves to fill the drum space, which I locked into immediately,” he shares. “That was just something they were doing because they didn’t have a drummer. And then I came along and go ‘the easiest thing to do here is make sure that stays there and integrate that inside what I thought could be brilliant.’ We’re still doing that 40 years later.”

Restricted to the physical record collections of the band members and friends, A Certain Ratio melded post-punk, New wave, and experimentalism into a progressive diverse style that defied normal. When asked about the film 24 Hour Party People, Factory Records, and the storied Hacienda club, Johnson complimented the film’s pastiche approach; “It took the piss out of A Certain Ratio in all kinds of ways that I’m not upset with but I just think are funny”, he adds, quoting ’A Certain Ratio are like Joy Division but with better clothes’. Moscrop enjoyed working on the film: “my favourite part of it was my job of recreating the early gigs like Siouxsie and the Banshees, the Fall, and Joy Division. These were all gigs that they were trying to recreate that I was actually at when I was young” he remembers, expanding that the film is equal parts historical documentation and fantasy. “Pretty much what was in Tony Wilson’s head all of the time,” he continues. “It’s satire” claims Johnson. 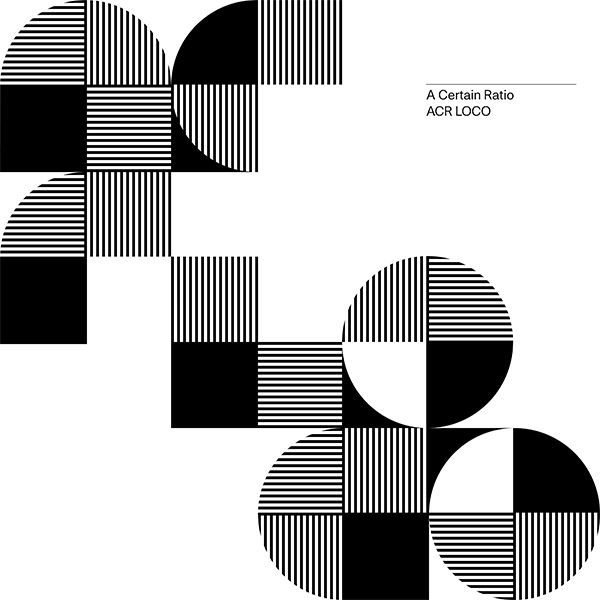 Moscrop and Johnson recall how their first trip to New York City in 1980 opened their eyes to a wealth of new musical styles. “We saw a big melting pot of music there. Particularly the sort of Cuban, African, and South American” explains Moscrop. “[In] the UK we had been into punk, electronic, and experimental music, we’d been into dub and everything that British kids were into. Going to New York and being able to see artists and buy records and listen to this other kind of music really inspired us.” After New York, A Certain Ratio more than flirted with Brazilian and Cuban electronic music, and eventually acid house. A Certain Radio’s stylistic diversity has aged well “If you look at any of the albums through the Rob Gretton years, 20 years ago, they still sound fresh today” says Johnson.

At one of their New York City shows, A Certain Ratio were asked by an agent to allow an artist to play support for one of their concerts.  Johnson recalls the pressure from their music label to share an opening spot with Madonna: “I’ve got this girl, she’s signed to Warner Brothers… blah blah blah” and we were like “we’re not interested, we don’t want to know, it’s not the thing for us.” Eventually they agreed, on the condition that their equipment setup wouldn’t be affected; when the time came, the stage was completely switched up for Madonna’s half hour performance, causing massive equipment issues and a huge argument amongst the band. “To this day, I still really respect that girl. She stood her ground, she said what she wanted, and she made it happen” Johnson explained between laughs. “We didn’t know who she was or what she was about! She was coming up in New York. Nobody had seen who she was. Back in those days, people listened to her voice and thought she was a Black singer. They didn’t know her heritage at all.”

A Certain Ratio’s new album, Loco, is a showcase of happy musical experiments. Mixing elements of dance, rock and experimental sounds, it is a vivid, diverse collection by eclectic musical veterans. The opening track “Friends Around Us” was written in the studio, taking off from a slow psychedelic rock jam clicking into a double tempo electronic blast off approaching almost drum and bass territory. The 10 songs on Loco are diverse yet equally confident. Companionship is a running theme of the album, such as on the single “Always in Love,” one of several music videos released for the album.  The vividly-coloured video for “YoYoGi,” which uses a sample from a Tokyo subway station, was a contribution from a dedicated fan. “[That was] made by a fan named Fernando Silva” says Moscrop. “We met him when we first made it in Portugal. We met Fernando way back in ‘82 or ’83, and he’s been A Certain Ratio fan ever since.”

“There’s so much good music out there, it’s quite inspiring, the fact that we listen to such good current music” says Moscrop. “40 years later, because we never got bored of music. That’s why we’re still here.” Johnson agrees. “We never stopped learning, we always keep listening”.

The Spill Magazine is a Toronto-based online publication dedicated to covering the independent music scene with a strong focus on our thriving hometown talent. Our writers bring you up-to-date news, in-depth features on musicians and reviews for the latest CD releases. We also travel to the front lines for all local festivals including Canadian Music Week and North by Northeast. Don’t forget to check out our Facebook and Twitter pages for all daily Spill updates.
RELATED ARTICLES
featuresmute