SPILL FEATURE: MOVE YOUR FEET – A CONVERSATION WITH MAKER 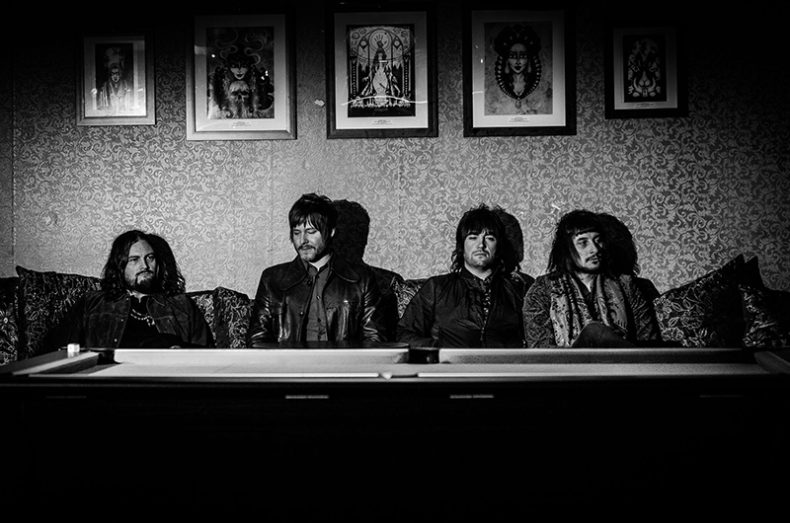 A CONVERSATION WITH MAKER

There is a great film clip of a reporter talking to John Lennon in America.  The reporter has no idea who The Beatles are and certainly does not know who Lennon is.  He asks John “Which one are you?” to which Lennon replies “Eric”.  The reporter straightens his tie, and looks in the camera and introduces Lennon as Eric, John immediately corrects him by saying “my name is John”.  The reporter does not know what to say.

Talking to the four guys from Maker via Skype Audio is a lot like that clip.  I had no idea who I was talking at any given moment.  The guys were funny, engaging and great and I won’t call them all Eric.  At the same time, I cannot honestly tell you which specific member of the band was answering the questions I was asking.  Like the reporter above, my fault, not theirs. 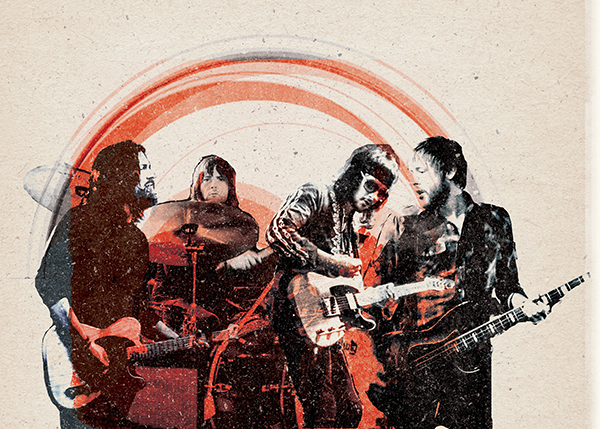 If you don’t know Maker or heard them, you may want to stop what you are doing and check out their debut EP, Move Your Feet.  It is exciting, bluesy rock and roll.  Timeless music.  Maker are comprised of four members, Alessando Marinelli (Vocals); Andrew Donaldson (Guitar); Gavin Donaldson (Drums) and John Austin (Bass).

And their message:  “buy us a drink”.  But then they add, on a more serious note, “we want the fans to enjoy the music.”

In all seriousness, this band is about Rock and Roll and music.  “Yeah we love The Faces, Stones, Beatles, old Blues, Rock and Roll, a bit of Soul.  We recorded our EP very old school, in a proper studio (Rockfield), with real echo chambers, not the echo manufactured through a computer.  We also recorded directly onto two inch tape.  Our producer (Nick Brine, who has worked with Oasis and The Stone Roses, to name just two) heard us at a gig and got us into a studio.  The studio we recorded at has history, been around since the ‘60’s and Hawkwind recorded their first album there, not bad, eh”, the band pointed out.  “We wanted a vintage vibe but the sound should be definitely now’” 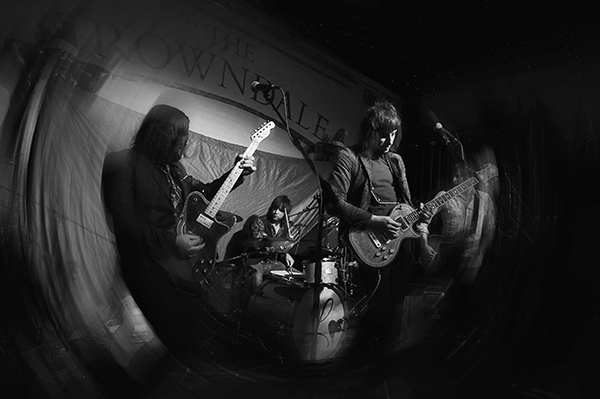 The band has been together for eight years (although when I asked the question one member answered “50 years”), and there is an all for one mentality.

“We paid for the recording of the EP out of our own pockets.  And, we all write the songs together, usually start by jamming, we collaborate, using bits from some other songs until we get a song.  Not very often that someone comes with a whole song completed.  This EP is just a small sampling of what we have written.”

But Maker recognizes they have a bit of an uphill battle to make it in today’s music arena.

“Good doesn’t get you anywhere.  It is hard getting radio airtime, as all they play is computerized soulless music.  So, we target smaller stations.  The other problem, at least in the U.K., is getting gigs.  A lot of venues have shut down over the years, and getting a show in a decent place is a bit of a battle but the gigs are coming and we are getting out and playing.  At the end of the day, we are musicians and we want to play.” 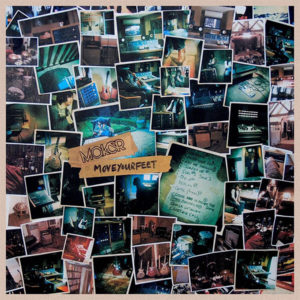 And their decision to sign to an independent label?

“We signed to Kidda Records because they liked what we did, it was a great fit.  We were courted by other labels with larger rosters, but Kidda is a great label and they like what we do.”

“The EP is getting good responses, good reviews, and we are looking forward to issuing a new EP in July and maybe an album by year’s end. Our songs are pretty short, written to grab your attention with every song.  We like the idea of albums, side one, side two, and listening to all the way through.  With downloads, it has become a bit about the single again.  People want to hear live music and people still want to buy albums.”

Maker are a new, young band who have their own distinct sound steeped in rock and roll history.  They know their music and they know how to have a great time.  Their music is full of energy and I for one will take them up on their invitation and catch one of their shows if and when I am in London.  Until then I will be enjoying their EP, Move Your Feet and looking forward to to other releases.

Born and raised in Whitby, Aaron discovered music through his love of The Beatles. This led to a career in radio, writing for various publications, and ultimately a radio show about The Beatles (Beatles Universe), which ran for over four years. When not immersed in music, Aaron enjoys spending time with the loves of his life -- his wife Andrea, and daughters Emily and Linda (all of whom have an intense love of music too).
RELATED ARTICLES
featureskidda recordsmaker