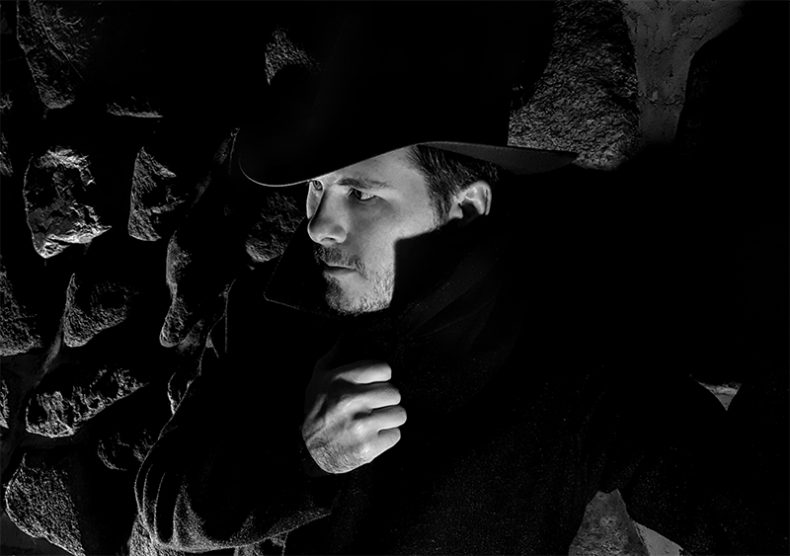 A CONVERSATION WITH ALEXANDER JULIEN OF VISION ETERNEL

Montreal-based Vision Eternel have been around since 2007, the brainchild of Alexander Julien.  ‘I was not planning to start a new band or musical project. It was not a deliberate idea. I was having a difficult time recovering from a past relationship. It had been many months and I still could not get over an ex-girlfriend. One night, I was sitting in my then newly-built recording studio, Mortified Studios, which was located in an annex to my parents’ house in Edison, NJ.  Since I was already in my studio, I quickly recorded that new song. It later took on the title “Love Within Beauty”. That was the first Vision Eternel song. But I had no immediate plan for this recorded piece. It was very beautiful and emotional, but it had little connection to any of my other bands and it was too short to be released on its own. It felt more like an interlude, something to be used between other songs.’

This manner of writing led to a second song, “Love Within Isolation”. According to Julien, “It was only once these two pieces were together that I began to see the potential of a full release in this style of music. I wound up composing and recording four more songs within a few weeks, and that became the band’s first six-song concept extended play, Seul Dans L’Obsession. Since this was a concept extended play about love, I decided to release it on Valentine’s Day, Feb. 14, 2007.’ 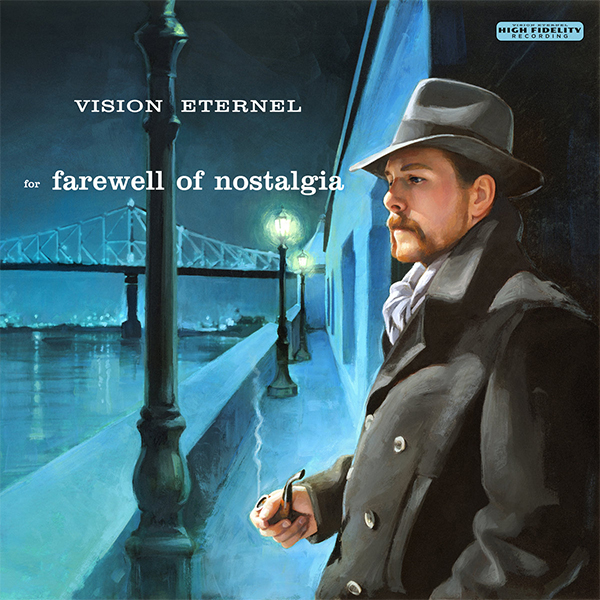 FOR FAREWELL OF NOSTALGIA ALBUM REVIEW

Vision Eternel’s latest release was For Farewell Of Nostalgia, and included “Moments Of Nostalgia”. An alternate version of this song is included on this album. ‘Vision Eternel does not have a new release to put out on Valentine’s Day 2021, but I still wanted to highlight the date. Therefore, Vision Eternel is offering an unreleased take from the For Farewell Of Nostalgia re-recording session: “Moments Of Nostalgia (Acoustic Backing Version)”. Parts of this song were recorded during a series of acoustic guitar sessions that took place at Mortified Studios between November 5 to11, 2019. None of the acoustic material from those sessions has been released yet so this is somewhat of a premiere!”

So, for now, fans of the band may have to wait for a little bit until there is new music available from Julien.

‘But I do have some ideas for future Vision Eternel releases. One of the plans discussed with a couple of record labels is to rerelease Vision Eternel’s 2015 concept extended play Echoes For Forgotten Hearts as a deluxe edition. The release was originally composed and recorded as the soundtrack to a short film, but the movie was never completed. Instead of allowing the songs to remain unreleased, I went back to my studio to edit, remix and partly rerecord the soundtrack and turn it into an extended play. The deluxe reissue would feature both versions: the soundtrack version, which was never heard publicly, and a remastered version of the extended play version. It would also feature new artwork.’

‘As for brand new Vision Eternel material–immediately after completing the recording of For Farewell Of Nostalgia, I had a few ideas for new songs. These were songs, or ideas of songs, that came to me during the rerecording session of For Farewell Of Nostalgia (it was recorded twice) in October-November 2019. I did not want to distract myself from the principal release, so I quickly recorded demos of those new songs in my studio and put them aside. Since I want to remain focused on the promotion of For Farewell Of Nostalgia, and see it through a vinyl release, I will not be revisiting those demos for at least a couple of years. So those demos may or may not be used when the next release comes around. I also have a few ideas for the theme and storyline of that next release, but that may all change by the time that it comes to completion, likely not before 2025!”

Born and raised in Whitby, Aaron discovered music through his love of The Beatles. This led to a career in radio, writing for various publications, and ultimately a radio show about The Beatles (Beatles Universe), which ran for over four years. When not immersed in music, Aaron enjoys spending time with the loves of his life -- his wife Andrea, and daughters Emily and Linda (all of whom have an intense love of music too).
RELATED ARTICLES
featuresfor farewell of nostalgiasomewhere cold records

by Gerrod Harris on June 16, 2021
THE ITALIAN STALLION A CONVERSATION WITH GUITARIST & INVENTOR DEL CASHER If you’ve ever turned on a radio in your lifetime, you’ve likely heard [...]