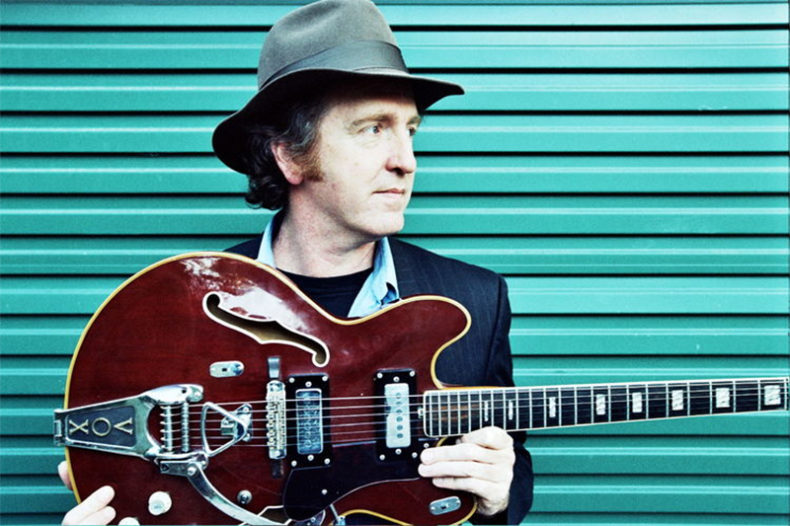 A CONVERSATION WITH GUITARIST/KEYBOARDIST JIM MOGINIE

Midnight Oil is an iconic political Australian band who created stimulating hard-rock sound and delivered passionate live performances. With songs such as their biggest international hit single “Beds Are Burning”, “Minutes to Midnight”, and “U.S. Forces”, their political, social and environmental activism was obvious.

In 1987, Midnight Oil released their sixth studio album Diesel and Dust. For six weeks, it was on top of the Australian Kent Music Report Albums Chart. With over 490,000 copies sold, Diesel and Dust went seven times platinum in Australia and is arguably their most notable album. Their single “Beds Are Burning” came from this album and is one of The Rock and Roll Hall of Fame’s 500 Songs that Shaped Rock and Roll. Reflections of anger about issues important to the band came pouring out into the lyrics of the songs on Diesel and Dust that turned thirty years old on August 2nd. As well as expressing their views through their music, the band has protested various issues as well. In 1997, to protest air pollution in Sao Paulo, Brazil, they set up furniture on a busy street and blocked traffic for about an hour.

Spill Magazine had the privilege to speak with founding member, Jim Moginie, the guitarist/keyboardist of Midnight Oil. Aside from Midnight Oil, Jim has performed and worked with various outstanding musicians and released three solo works during the band’s split. After a hiatus, Midnight Oil is touring the world again for the first time in over twenty years. We spoke with Jim about the band’s highly anticipated return. After all of these years, the band is still loved and popular as ever.

“People still love the band and still seem to think we have something to say.”

It wasn’t a known fact that the band was taking a bit of a break from music, hence the reason there was no farewell concert. The band was not splitting up with hatred for each other or anything along those lines. The members of Midnight Oil took a break from music to spend time on more of their independent projects. Frontman Peter Garrett served in the Australian Government while the rest of the band focused on various musical projects. “We didn’t have a farewell concert because we didn’t want to say the band was splitting up.” 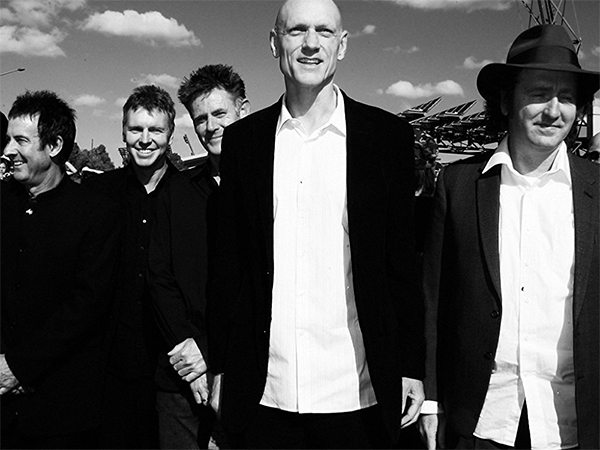 On February 17, the fans of Midnight Oil received the exciting news that the band would be returning for their most extensive world tour since the late 1980’s, early 1990’s. Over 250,000 ticket sales and sold-out shows, resulted in the band’s shock. They were surprised to hear this news since they went out with a bit of ‘whimper’ when the band split up. “There was unfinished business there and I think that’s part of what the ticket sales represent.”

Midnight Oil is traveling the world to various countries for sold-out shows with a diverse list of special guests. After years of separation, Midnight Oil is still compatible and working well together to reestablish the music they wrote years ago. The band is not bored, audiences are definitely not bored, and it has been a joy for the members to reconnect with each other in order to play familiar tunes that are still “fresh as a daisy” for their loyal fans around the globe. “There’s a lot of muscle memory involved. The songs that you’ve played so much that you can play them in your sleep.”

The geometrically named “Great Circle Tour” kicked off in Sydney on the 13th of April and navigated its way to Toronto this week, with Canadian rocker, Matthew Good, as their opening act. With our love and appreciation for great music, Canadian fans are gearing up for an awesome show and Midnight Oil is definitely happy to be performing for us, once again. There should be some fantastic energy at Budweiser Stage on Friday night as Canadian fans, much like fans from around the globe, have been waiting for Midnight Oil to deliver their—what we know will be impressive—performance. “Canadians seem to have a real appreciation of music beyond the charts.”

On top of returning to tour, Midnight Oil released two collector’s item box sets, one of which includes fourteen hours of previously unreleased music. There was a long process to go through all of the music created by the band—who had been together twenty-five plus years—and have it remastered. As a struggle that many musicians face, some songs need to be cut from albums before they are released. The band felt that by recognizing something that they had achieved in the past, it was a good way for them to move forward. Midnight Oil was excited to put some energy into songs that they have found a new appreciation for, but never made the cut many years ago. “It’s lovely to find those little gems just sitting in the dust, you know to just pick them out and sort of shine them up again.”

Midnight Oil has yet to discuss the possibility of writing new music together, although their past creations display important messages and will forever be iconic. Even without new material, fans are just as excited to have them back and to hear them perform live and sound better than ever after all of these years. With strong albums such as Earth & Sun & Moon and Diesel and Dust, Midnight Oil was definitely not forgotten about. “We felt that we’ve got something to say. The songs are still relevant as ever.”

Rachel Callan is a 21-year-old photographer, tea addict and vinyl collector from Port Perry, Ontario. An enormous love for music, an open mind to various genres and her love for concert photography lead her to apply for a position at Spill Magazine. With knowledge of music of various ages and a love for anything from Marilyn Manson to Shakira (and literally everything in between), she has the ability to be open to everything Spill will send her way. Rachel is most likely to be found enjoying a cup of tea or taking pictures with some of her favourite music playing in the background and will continue doing so for Spill Magazine.
RELATED ARTICLES
featuresmidnight oilthe great circle