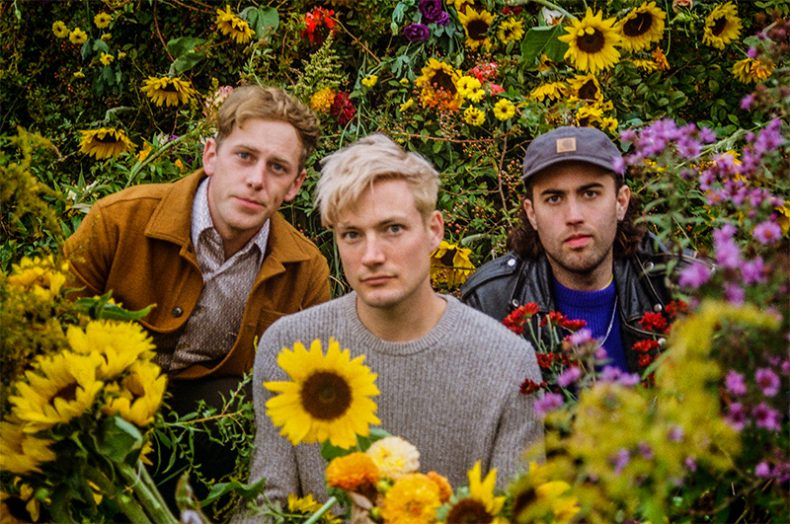 MAKING THE BEST OF A BAD SITUATION

A CONVERSATION WITH LUKE BENTHAM OF THE DIRTY NIL

New release by Hamilton-based The Dirty Nil, Fuck Art, is ringing in the new year.

The rock ‘n’ roll trio first made waves with their 2016 album, Higher Power, the debut offering of the band’s riff-heavy, swaggering hard rock with tinges of tongue-in-cheek humour. In 2017, they won the Juno for Breakthrough Group Of The Year, and dropped Minimum R&B, a compilation record of early singles and EP tracks. Master Volume, their 2018 sophomore crusher, received a Juno nomination for Rock Album Of The Year. They’ve toured extensively on an international scale, and shared stages with heavy-hitters like Alexisonfire and The Who.

From his home in Hamilton, Ontario, singer/guitarist Luke Bentham tells Spill Magazine that they had just wrapped up tracking drums and bass at Toronto’s Union Studios in March when producer John Goodmanson (who also worked on Master Volume) left to catch the last flight back to Seattle ahead of the pandemic lockdown shuttering everything. Thus leaving Bentham only 48 hours to track guitars before the studio closed. “We would rather take the risk and jump into the void,” he says about the band’s decision to keep working. “Put the record out and then just move on to the next one rather than sit around for a year and hope things get better.” So it was settled, and one intense recording session was in store.G

“Me and the engineer, Darren [McGill], no producer, basically locked ourselves in the studio, everyone else went home,” Bentham says, “and him and I went through like 10 pots of coffee and a box of Pizza Pockets, and recorded all the guitars for the record, which was the most extreme and amazing and painful musical experience I’ve ever had in my life—physically and mentally.” 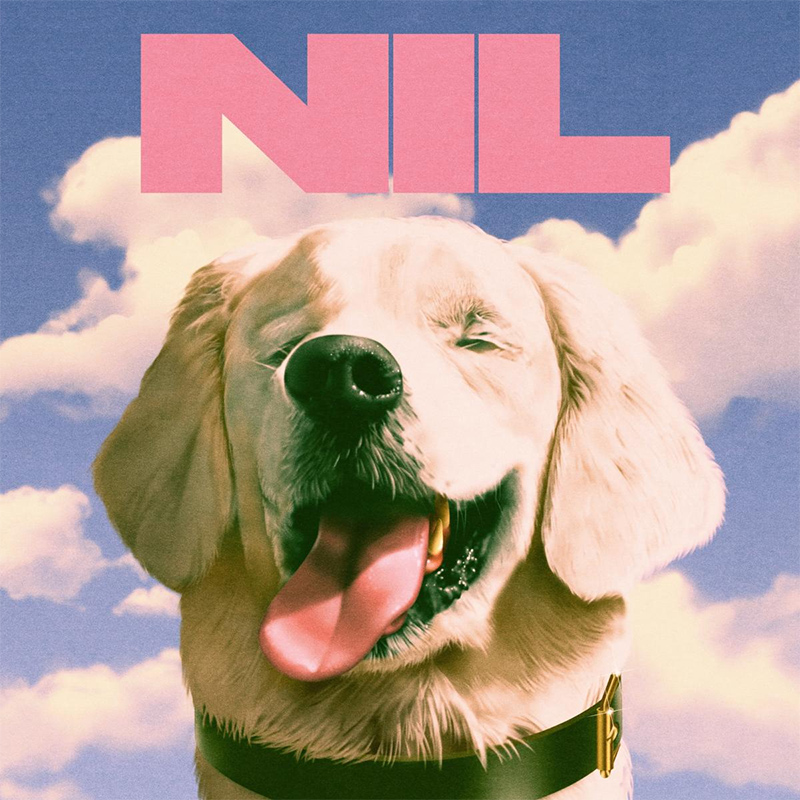 Recording under the time crunch was grueling, but the two managed to successfully track guitars for the entire album over two 16-hour stretches by the deadline. “We got it done and then we basically hugged each other and cried because we were so happy,” Bentham says. “Then I got in my mom’s Dodge Caravan and drove back to Hamilton, to our house, and I was the only car on the highway, and I remember my arm seizing up… my fretting arm, and I couldn’t even open my hand, but I was so happy, I didn’t even give a shit.”

At the time, all three members of The Dirty Nil—Bentham, bassist Ross Miller, and drummer Kyle Fisher (along with Brett Emmons of The Glorious Sons), were living together under one roof. They’ve all since separately moved out: “Our girlfriends were putting a lot of pressure on us if I’m being honest,” he quips. Being in the same bubble made it easier to adhere to social distancing guidelines while they worked on the vocals remotely from a shed, no less. They sent files back and forth and facetimed Goodmanson in Seattle during the process; at points, they were skeptical of how the finished product might sound. Eventually, everything fell into place.

“Honestly, I actually cried a tear of joy when I heard the mixes, and so did all of us—everybody in the band,” Bentham says. “We just got on a big Zoom call and cracked a beer all together and we were so happy that it got done and how amazing it sounded.”

Despite the brash yet “jubilant” title and the cover of an adorable golden retriever puppy, tongue out, against a cloud-filled blue sky, Fuck Art is, at its core, a much heavier and even more mature record than The Dirty Nil’s previous works. Channeling “Ride The Lightning-like Metallica” and “ultra-melodic Tom Petty,” while they sing about dysfunctional relationships, the toxicity of social media, growing up and the apprehension around turning 30.

Nowhere do the thrash metal riffs shine more brightly than on the lead single “Doom Boy,” an ode to love about listening to Slayer in the backseat of a car with that special someone. But the album isn’t all heavy metal, there’s also instances of pop-punk (“Done With Drugs”), crunchy alternative (“Blunt Force Concussion”), and even a grungy-sounding track (“One More And The Bill”).

They didn’t just stop at finishing their third full-length album in 2020, they also went on a virtual tour. In October, they embarked on a 14-date “Dancing 2 Trash Tour” across North America. 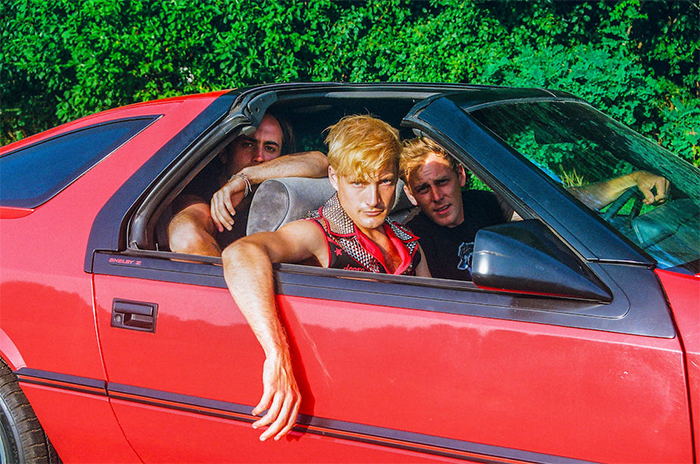 “The idea behind that was, instead of doing just one livestream where it is what it is, and hopefully people tune in,” Bentham explains, “we wanted to try and see if we could help some of the venues across North America that we, basically, consider to be home at this point, these places that we look forward to hitting every tour, that are receiving zero income right now, and so we reached out to them and said, ‘hey, would you be down to host a livestream show where we say we’re at your venue, and we kind of, in a Tim and Eric way, beam ourselves into your venue?’ And the reaction from them was extremely positive and they really wanted to do it.”

The Dirty Nil went back to the shed where they recorded vocals,  and filmed themselves rocking out in front of a green screen, 14 shows, two a day, Bentham says. In a year without live, in-person concerts, these pre-recorded sets weren’t the typical living room shows that have been making the rounds, but fully-fledged, unique ones, complete with kicks and sweat rolling off skin. More so, they’re already “planning out the next one, and it’s going to be louder and wilder.”

So, 2020 has been terrible. Plainly uneventful under the best circumstances for most, with some taking a mulligan on the entire year, waiting on 2021 for a fresh start. For Bentham and The Dirty Nil though, it was quite the productive one; they took things in stride, rolled with the punches every step of the way and kept the momentum going.

“I’m used to a cycle, personally, of going nuts and putting every ounce of my being into the band,” Bentham says. “And to making a crop of songs over about a year and a half, recording said album and then just touring forever, letting my writing chops go to shit and then having to rebuild it a year later.

“And this time,” he continues, “we made the record and as soon as it was done, I got right back to writing, which has been awesome because… there’s something that I always have to really remind myself and learned the hard way is that my optimism and positive outlook on life is intrinsically tied to how many new songs I have in my pocket that nobody’s heard.”

by SPILL NEWS on March 12, 2021
CITY AND COLOUR ANNOUNCES SPECIAL COLLABORATION WITH THE NICK NURSE FOUNDATION TO CELEBRATE 1 YEAR ANNIVERSARY [...]
7.0