SPILL FEATURE: MACRO VS. MICRO – AN INTERVIEW WITH YONI WOLF OF WHY? 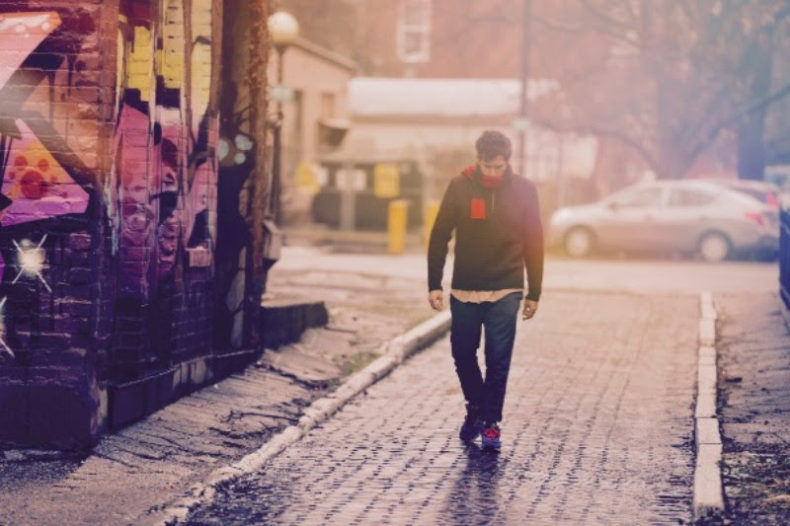 AN INTERVIEW WITH YONI WOLF OF WHY?

Yoni Wolf and Why? are back, and that is a very good thing.  The last Why?album was 2012’s Mumps, Etc., but they have returned with Moh Lhean and continue to release their music on Joyful Noise who have done an excellent job with this album.

“I can’t exactly remember how we came to be signed to Joyful Noise”, Yoni Wolf recently related during a conversation.  “The indie music world is a small world, and we are friends with a lot of their artists, like Son Lux. And we did a flexi a few years ago (2013, “Bangs” and 2014’s “Ezra Benus”), and they are really good at making packages look good.”

Yoni Wolf is getting ready to promote the new album and discuss the band Why?  He is also eager to talk about many topics, which along with the album, he enjoys discussing his influences, the music industry, and all points in between.  One thing he does not want to talk about is the title of the new album, Moh Lhean.  “It’s personal, it means many things, but it is private.”

“Of course most of my songs are personal, especially when I release them as solo or with other projects.  This new album, it is still personal, but it is more about I relate to the rest of human life.  It is less about the nitty gritty, as I have done before, it is more macro rather than the micro.”

“Over the years we have learned to trust ourselves, to be ourselves.  On this album, Moh Lhean, we tried to get a bt messy.  The last album, Mumps, Etc… was very tight, very clean, whereas on this one, we left our fingerprints all over it, our influences kind of show.  The transitions between songs and the sequencing was very important to us, I guess I am showing my age, but all the years of Pink Floyd and The Beatles comes through in the sequencing of the record.  Josiah and I would sequence songs as side one and side two.”

“Having said that, I don’t listen to vinyl all that much.  I know it is sacrilegious to say, but I listen to music on Spotify for the pure convenience of it.  I wish I could sit down, quietly and just focus on an album, like we used to, but, you get busy.”

Yoni has been performing and recording since the mid ‘90’s and actually performed under the name Why, until he joined forces with his older brother (Josiah Wolf), Matt Meldon and Doug McDiarmid.  They became Why?and Yoni performed solo under his own name.  He also collaborates with several musicians and records under other names (Greenthink, and Clouddead to name just two).

“Working with my brother is ultimately great.  We do argue sometimes, but underneath there is nothing but love, which is a lot more binding than I can explain”  So no Davies or Gallagher brothers here, and in the end a very tight band who produce very fine albums.

“A couple of songs come from as far back as 2010.  I mean, it has been since 2012 for a new Why?album, mind you I did the album with (fellow Joyful Noise recording artist) Serengeti  as Yoni and Getti (2016’s Testarossa, well worth looking into) but I have been writing and it was time to record a new Why?LP.”

Of course a new album means a tour.

“I do enjoy touring.  Taxing on many different aspects of ‘self’, especially emotional.  But I like travelling, being in different places.  I look forward to it.  We have learned the new album to perform live, and half of the older stuff.”

Yoni and the band have a great deal to be proud of with the release of Moh Lhean.  But Yoni WOlf is not one to rest on his laurels.

“I was born with this…being hard on myself and expecting a lot from myself.  So before this album, I was trying to take some more free time, and after the tour I will again.”  But until then, this is one album that needs to be heard and I for one look forward to them coming to my town.

Born and raised in Whitby, Aaron discovered music through his love of The Beatles. This led to a career in radio, writing for various publications, and ultimately a radio show about The Beatles (Beatles Universe), which ran for over four years. When not immersed in music, Aaron enjoys spending time with the loves of his life -- his wife Andrea, and daughters Emily and Linda (all of whom have an intense love of music too).
RELATED ARTICLES
featuresmoh lheanwhy