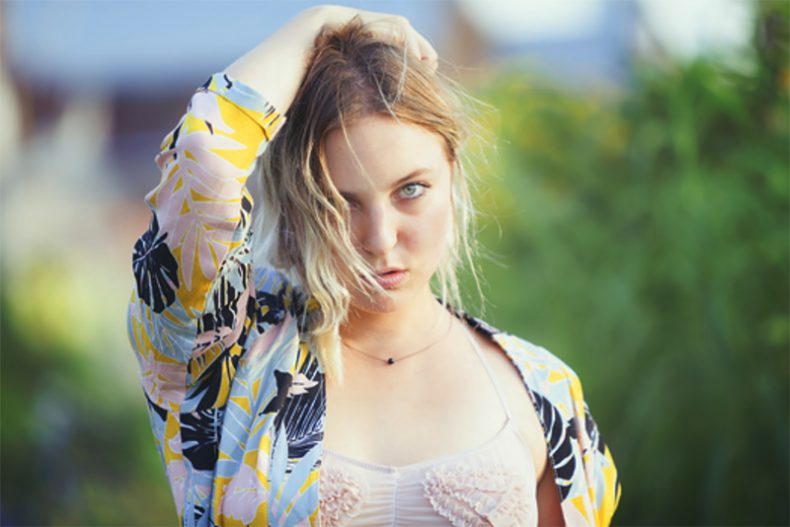 AN INTERVIEW WITH LOWELL

There’s been a lot of buzz surrounding the release of her latest Part 1: Paris YK EP, which brings three new tracks, imbued with reflections on a formative period of Lowell’s life, which she spent in the wilds of the Yukon Territory. For someone with links so closely rooted in Calgary; Toronto; and London, England weighing in as a significant musical influence in her development, summers spent in Canada’s Subarctic have come full circle via sonic personification in her latest offering. Both through her audio contributions and accompanying visual material for this release, Lowell intuits the northern lights and wide-open spaces, blending music and image in a way that personifies the mysterious Canadian North.

While Lowell may identify herself as primarily a Pop artist, there is something distinctly Punk in the way she approaches music, espousing a very rooted DIY ethic and conveying multiple social messages that need to be heard within our society. Now a mainstay on the underground music scene, both in Canada and abroad, she has indeed led a vibrant life, but her time in the public eye was informed by experiences that would shape her in ways she now explores and touches on through her music.

I recently had the opportunity to speak with Lowell – it was a real pleasure, not to mention inspiring due to our common experiences in the Yukon. I really love to see how this striking region ultimately impacts on creators in their varied artforms and even more so in this case, with Lowell’s music being stunning in a way that is simply unparalleled here in Canada.

While Lowell may have developed into the ‘queen of Canadian Electro Pop,’ she wasn’t always into this genre of music, initially having gotten involved in music making through Rock music.

We spoke about the distinction between what is now called Punk music from the original Punk DIY ethos and approach to making music, shared by such artists as Patti Smith, Talking Heads, Siouxsie and the Banshees, and Blondie. I told her I saw her approach to ‘music with a message’ in a similar light as to what numerous groundbreaking social-edge artists were doing 40+ years ago. While that may be a stretch to fathom for someone who wasn’t even born at the time, she nevertheless responded quite graciously and succinctly.

“Those are all great influences that you mentioned. In my mind they are all Pop artists and, of course, interesting Pop artists. They’ve always played popular music. Nowadays I feel that Pop artists are the ones pushing the envelope the most. When I started this career, I was gravitating towards Pop and Rock, although we go in waves and, at times, alternative music was what was pushing the envelope because Pop was so bland – like something coming out of a computer box and we were rebelling against that. Then it was that Pop is pushing the envelope, drawing on the influences of alternative artists and all of a sudden, the alternative artists are just doing what everybody else is doing.  I find Pop music inspiring and difficult to do – for me it’s less about the genre and just about the time.”

As an artist who produces a lot of output, only a portion of which is officially released, she has had to practice a great deal of patience and self-discipline with her songs. While a recording artist playing Rock, for instance, may get frustrated with waiting from the time they hand in the mastered version of their track until it actually gets released, she faces another challenge in this waiting game – the element of “Pop perfection.” 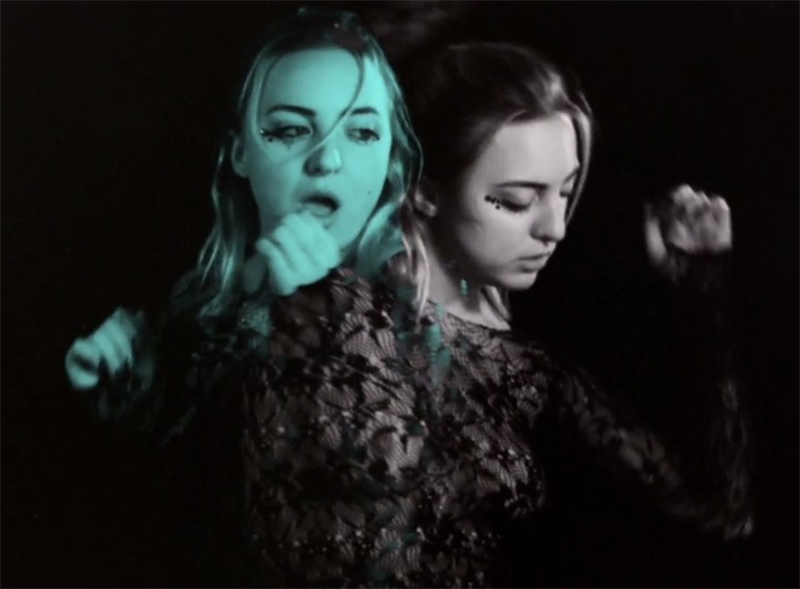 Ideally Lowell would like to release an album every six months, but admits “that’s just not how the world works. At some point hopefully I’ll be able to do that.” She further explains, “I write a lot and I get really excited about the music that I’m making and I just want to share it with my friends and fans. The one thing I don’t like about Pop music is that it has to be perfect and rewritten and rewritten and rewritten, then remixed and remixed. This process that takes forever and, as an artist, it can be really depressing. It can be hard to want to create when you don’t know if what you’re creating is ever going to be heard. It’s kind of like that ‘if a tree falls in a forest’ thing.”

She also alluded to several other projects. “I write Pop a lot just to keep myself busy and I’ve been working on a side project – it’s a much darker Grunge project – called Les Nananas. I’ve actually finished an album for that.” Because I knew she had taken a studio break to speak with me, I asked her about what she is working on. “I just found a new space here and I’ve been working on my own stuff. I’ve been making a bunch of new songs. My way of getting past the having to wait to release stuff is pushing through with writing every single day without worrying about whether it’s ever going to be heard. I just hope that one in 10 of the songs are going to be great.”

For someone who has obviously got a lot more up her sleeve than we’ve yet been treated to, she has managed to release a lot of music in a short time. Since I first heard of Lowell, we have enjoyed I Killed Sarah V. – EP and We Loved Her Dearly LP, followed by her single “Ride” with Icona Pop.

That latter single celebrated the groundbreaking approach to life taken by Augusta and Adeline Van Buren in being the first women to motorcycle across America. Lowell, who is often referred to as LowellCat on social media, is indeed a cool and clever cat, weaving such significant concepts and occurrences into her music in a unique way. There were massive buzz-waves surrounding her I Killed Sarah V. – EP and We Loved Her Dearly LP, in which she touched on such issues as sexism in the music industry and LGBTQ rights. Whether in the press or in her personal relations, I asked her whether she was often put on the spot otherwise to offer political commentary on this or that theme, including feminist questions.

We discussed the situation for women in the music industry and the recent defacing of a Punk exhibition at the British Library by Viv Albertine (The Slits) over the fact that they virtually excluded any mention of women’s involvement in this movement. “It’s not even just in the music in the industry. It’s the arts sphere in general… I don’t think that is an uncommon thing – people choosing to ignore something with one gender or race for that matter. I think that people see what they want to see. Most people would think that would be insane to not mention a single woman in Punk because there have obviously been a lot of incredible bad-ass women who have changed music for both men and women.”

I asked whether agencies like FACTOR or MuchFACT have played a role in helping her career along as an artist and her answer was clear-cut. “Definitely. I didn’t know they existed when I began my career and managed to record my first album without them. I didn’t even know about such grants. Now, with their help, I am able to tour without losing money every time thanks to FACTOR and MuchFACT; (they) have been super helpful when it comes to my videos. I know lots of artists in the States who would kill to have that opportunity. I hope this will always be a thing in Canada.”

While she writes music for herself, she does want the results to be pleasing for her audience. When asked about her upcoming tour and what listeners could expect, she mentioned that she usually plays half album songs and half new songs that she tests out on the crowd, implying that they are ultimately the genuine litmus test for her music.

While Lowell acknowledges the past and particularly her own personal experiences, she seems to be most interested in the new, always pushing the envelope with her craft. As bright as the past few years have been for this Canadian Indie Pop wonder, it appears that Lowell’s focus remains fixed on new and mysterious horizons. Lowell makes compelling music and when presented with her videos, offers fascinating multimedia works of art. Her personality is no less fascinating than her art. No doubt she will continue to bring us striking sonic glitter as we eagerly consume her forthcoming surprises, one by one. After spending the past few weeks with her music and half an hour in conversation with her, I really think we would all benefit by spinning around in Lowell’s head for a while. In the meantime, the charming Pop universe found in her music will certainly suffice.

Order Via Arts & Crafts or

The Spill Magazine is a Toronto-based online publication dedicated to covering the independent music scene with a strong focus on our thriving hometown talent. Our writers bring you up-to-date news, in-depth features on musicians and reviews for the latest CD releases. We also travel to the front lines for all local festivals including Canadian Music Week and North by Northeast. Don’t forget to check out our Facebook and Twitter pages for all daily Spill updates.
RELATED ARTICLES
arts & craftsfeatureshigh enough