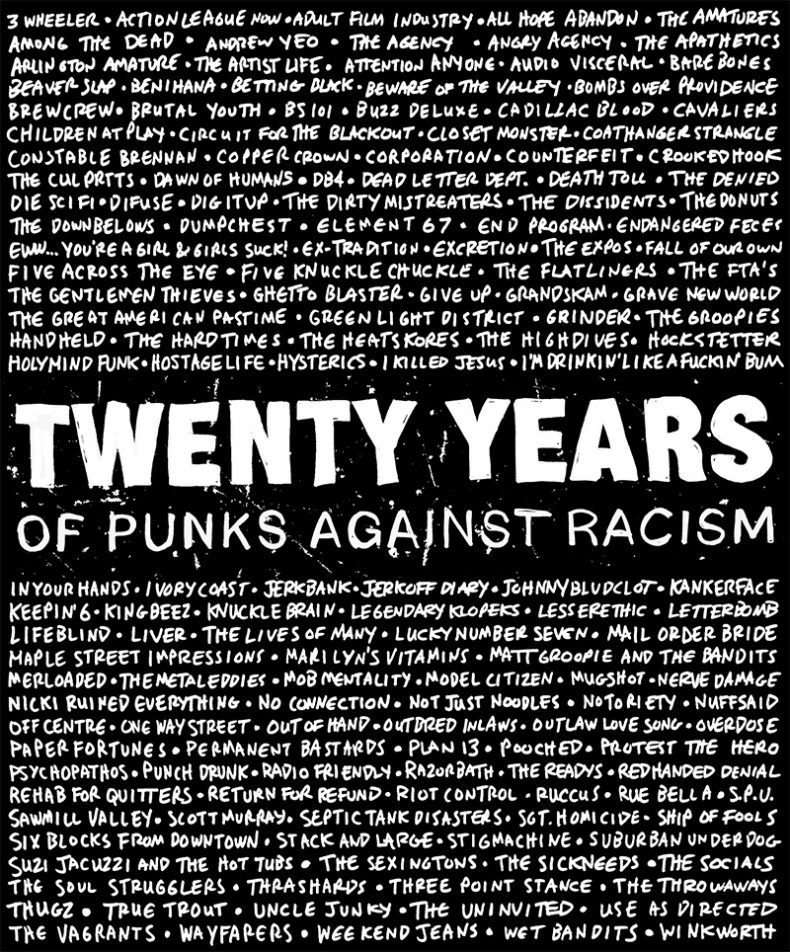 LOVE, RESPECT, AND UNITY: 20 YEARS OF PUNKS AGAINST RACISM

What started as a high school project on racism awareness in the ‘90s has evolved into an event that has lasted two decades. Punk Against Racism features artists from York Region and surrounding area and has been a fundamental part of the Newmarket music scene since 1999.It may be surprising to some that a town 40 minutes north of Toronto has such a thriving punk scene. Newmarket has seen generations of bands come and go – but many have remained at large locally, and in some cases, worldwide.

Punks Against Racism is a genre-spanning concert that aims to promote diversity, equality, and respect within the punk subculture, and serves as a reminder of the scene’s firmly anti-racist beliefs.

“The event has existed for the past 20 years and has become a staple in the scene,” explains founder Josh Gottlieb. “So I think there’s something to be said about that for instilling that our scene and our punks are against racism… I do my best to find charities or non-profits who are promoting anti-racism and who assist people who may face prejudices.”

The event has raised money for a handful of charities over the years, including the Simon Weisenthal Centre, the War Amps’ ‘Never Again’ Program, the Artists Against Racism Program, and the Big Brothers/Big Sisters of York Conversation Circle Program. 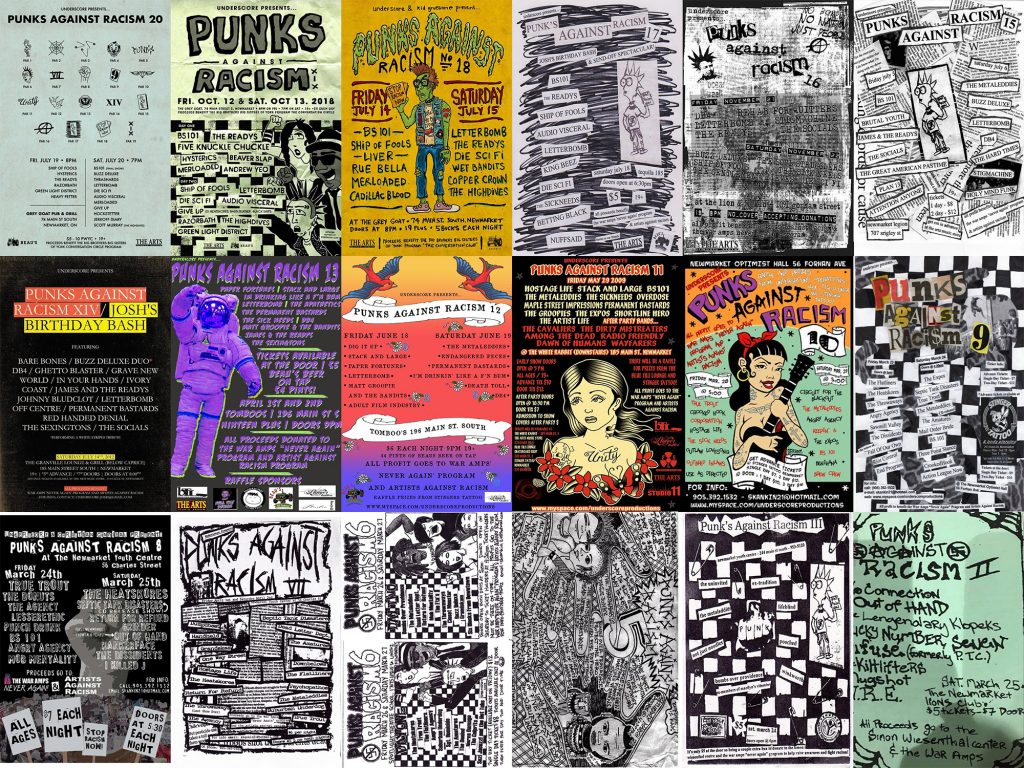 “300 people came to the first Punks Against Racism,” explains Gottlieb. “We covered all of our costs and made about $1200 for our charities that year.” While the first event was a conception of Gottlieb and his classmates, he says he couldn’t have done it without the support of the many artists over the years.

Historically, over 160 bands and artists have participated in the event. “Bands always want to play Punks Against Racism,” he explains. “Every year, there are too many to put on the event. The bands have really helped keep PAR alive… They come and donate their time to help support the show and its message. The fans love it too – it’s become an annual tradition for them. It’s one of the most talked about and well-attended shows.”

“The Newmarket and area scene is — and always has been – super appreciative of itself,” continues Gottlieb. “For well over the past 20 years there has always been somewhere to play, big or small. The scene has been supportive of its bands too. I’ve seen bands become superstars in Newmarket before anywhere else. I think for those who experienced this community at any time in the past 20 years have felt that support. It’s home and it’s nostalgic, and at the same time it’s very current.” 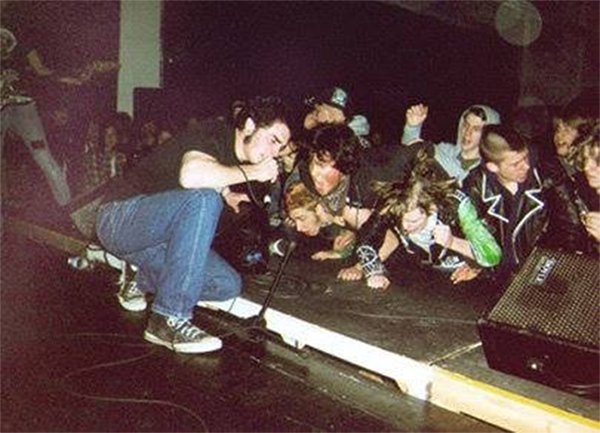 Two decades is a long time for any event – let alone a punk show – to endure. Gottlieb explains that a lot of its endurance has to do with the evolution of the scene, as well as the mindset of its artists, promoters, and attendees: “I honestly think it’s been a pretty cool evolution. We have a ridiculously large network of people who have passed through this scene and many who are still regularly involved as contributors or participants. There’s a connection and a unity for these people… The more I look back on it, the more time passes. I continue to see how special it was… A lot of people did not have the type of music community we had.”

This year’s Punks Against Racism was held on July 19 and 20 at the Grey Goat Pub in Newmarket, with 17 bands sharing the stage. Despite the incredible heat – it was a whopping 30 degrees, and hotter in the venue – both nights were very well-attended. This year’s event raised over $1800.

The lineup included bands who have been around since Punks Against Racism’s formative years and some more recent additions.For one of the longest-standing bands in the scene, BS101, it was their last show, after participating in Punks Against Racism for an impressive 15 years.

When asked if Punks Against Racism will continue for another two decades, Gottlieb replies, “We’ll have to see about that! How many years is 20 years in punk years?”