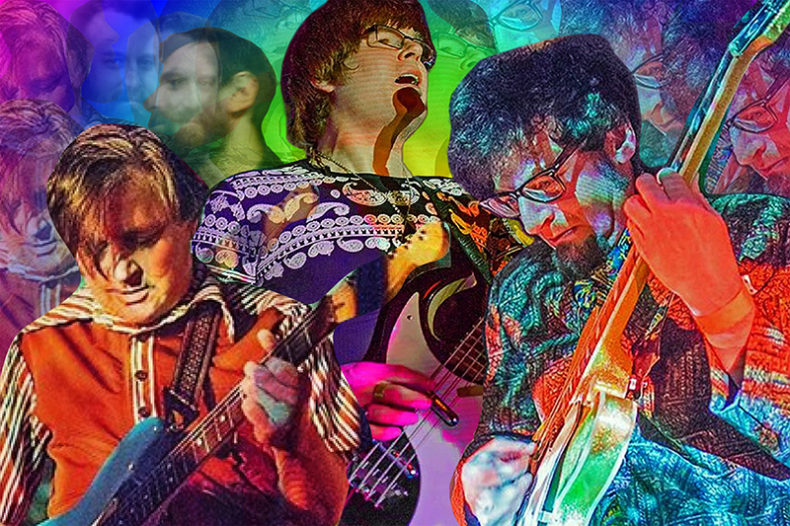 LOOK AROUND AND BACK

A CONVERSATION WITH THE PREFAB MESSIAHS VOCALIST XEROX FEINBERG

This is one of those rock ’n’ roll stories that you just could not make up. The Prefab Messiahs is a band with a unique history, beginning in Worcester, Massachusetts in 1981. They then break up in 1983 but do record some songs which would not see the light of day until the late 1990s. They reform in the late 1990s for reunion shows, which leads to the release of their cassette (Devolver). Sadly, they go their own separate ways again. Then in 2010, they come back together again. The result is that they create some brilliant music and begin to build a loyal following. They reissue the previously-mentioned cassette and record new albums with some of the best album titles to hit record stores. They have recently released their fourth studio album Psychsploitation . . . Today!, where they continue to explore garage rock and grapple with the world at large. A great combination for a great album.

I recently had the opportunity to talk with Xerox Feinberg (‘My parents were into photocopying,’ he laughs), lead singer and guitarist of The Prefab Messiahs.

‘Actually my name comes from stupid nicknames we all had and because I used to create art by sticking my face against photocopiers.

‘We played in the early 1980s in Worcester, Massachusetts. We were really a no-name band, who were opening for the opening bands. The name came from a drunken conversation I was having with friends, and I blurted it out. Someone said that would be a great name for a band. It fit perfectly for our kind of music, pop music mixed with insanity, it kind of summed it all up.’

The band reunited in the late 1990s for a reunion show, but in 2010 bassist Trip Thompson went back to the band’s limited recordings and began to sort through the tapes with the eye for doing something with it. Trip was also working with cult legend Bob Trimble sorting through the tapes. The result was a compilation cassette titled Devolver in 1998, which consisted of their 1980s recordings. 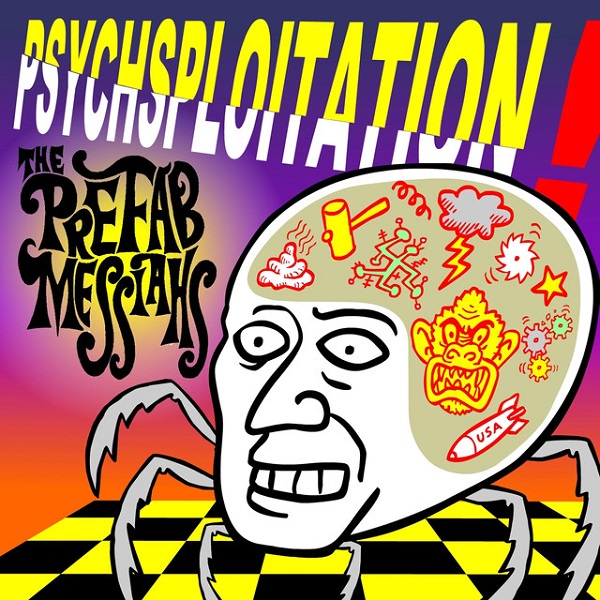 Seven years and two albums later, the world now has Psychsploitation . . . Today! to not only enjoy but really dig.

‘The title refers to psychological exploitation. The songs came together about a year ago and were written in the twilight of the Obama administration. They are a bit more contemplative. The last songs written for the album were the title song and “The Man Who Killed Reality.” We want to make stuff that is interesting and justify this thing we started so many years ago. We want to create a kind of sarcastic, post-punk thing.”

To that end, Feinberg is also creating videos for each song on the album.

‘I want to make a video for each song and release one every week for ten weeks. In the end there will be ten that when you watch them together would give you something. I do a lot of animation because that is what I have been doing since the turn of this century, I make up web animation. So the videos are a psychedelic and I take them seriously as I can. There is a lot of silliness.

‘We are trying to say something with our music and videos, weird pop songs that are trying to say something. The music always comes first and then try to make a visual presence. I have always drawn comics and stuff, and I kind of stumbled backwards into animation. I have listened to these songs more than anyone on the planet and I want try to make them cinematic. I combine what I can do and see what happens.’

Although interest in the band continues to grow and their new album Psychsploitation . . . Today! has been well received, touring is not an option at this time.

‘We are not all in the same place now. Doc is in Memphis, Trip is in Boston and I am in upstate New York, but maybe sometime in the spring we will do some shows in New York and Boston.

‘The message of the band is ‘pay attention to what is going on around you.’ What more are you supposed to do as an artist; I can’t tell people what to think or do but we can direct them to be more aware of what is going on around them. We are trying to make our music valid, and say something. We take it as seriously as we can. We want to get attention, hopefully someone will say, ‘Hey, these guys are doing something interesting.’’

Born and raised in Whitby, Aaron discovered music through his love of The Beatles. This led to a career in radio, writing for various publications, and ultimately a radio show about The Beatles (Beatles Universe), which ran for over four years. When not immersed in music, Aaron enjoys spending time with the loves of his life -- his wife Andrea, and daughters Emily and Linda (all of whom have an intense love of music too).
RELATED ARTICLES
burger recordsfeatureslolipop records
7.0