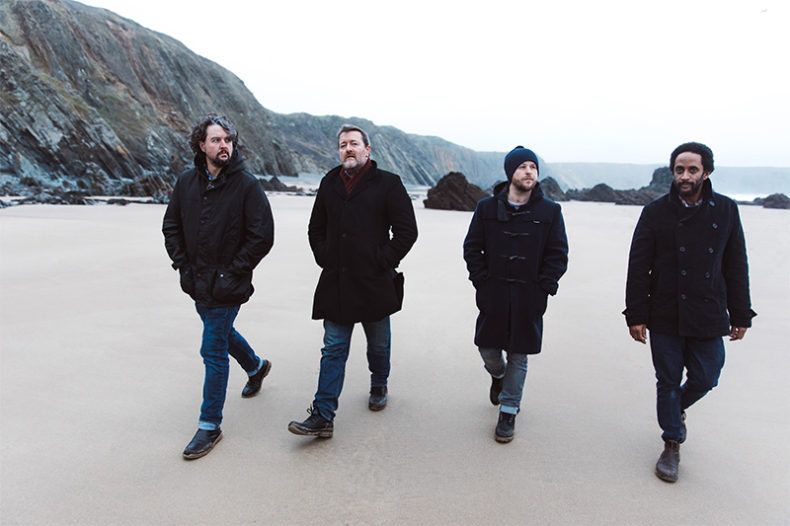 AN INTERVIEW WITH MARK POTTER OF ELBOW

“We are buzzing at the moment”, Mark Potter states as I settle in and talk with the band’s guitarist about all things Elbow. “Yeah, the nice thing about being number one is that it means something to your parents.” Mark is commenting on the fact that their seventh album, Little Fictions has entered the Official U.K. Album Charts at number one, and Elbow are back.

It has been three years since their last album, 2014’s The Take Off and Landing of Everything, and Mark sounds happy to “do some promo and interviews” about the new album. I caught up with him, via telephone, to discuss the new album, and what he has been up to since the last record and tour.

“I formed a band with my best friend Danny McTague called The Plumedores. We recorded an EP, demos really, and played some gigs in pubs. It is great to be back carrying your own amps and guitar. We are preparing to record an entire album, once Elbow breaks from the current tour.”

Back to Elbow. I am always curious whether a band is nervous coming back together to write and record, especially after such a successful album and tour.

“Never nervous, we are the best of buddies. What we do is disappear before recording just to reset — a head reset. We all got together in Stirling, Scotland, and played music we are currently listening to, stock the shelves with — well I would like to say food — but it was more whiskey, beer and very good wine, and we all get reset.” 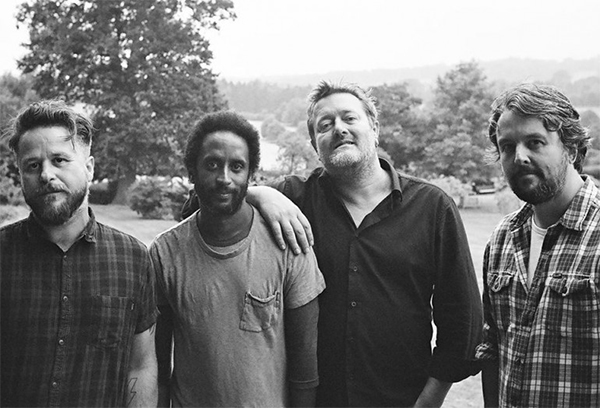 One member not in Scotland this year was drummer Richard Jupp, who left the band prior to the recording of Little Fictions. Jupp has been with Elbow since the very beginning.

“It was a massive shock and massive adjustment”, reflects Mark. “It was very sad, we had been together for 25 years… but you pick yourself up and keep going. The band kind of saw it as a fresh start. The funny thing about recording and writing without a drummer is that you can hear yourself communicate on a much lower sound level.” Very pragmatic.

The band has chosen to not replace Jupp, and approach the beat in very unique ways, take the closing track, “Kindling” — a brilliant song and the most beautiful way to close an album. “I was kind of hungover playing a dobro, Craig picked up a bag of kindling and dropped it, Pete grabbed a tambourine, we looped it.” The result is a very atmospheric song with some ‘found dialog’ at the end.

“The thing is we get along really well, it is a collective, and we spend a lot time together.” Mark formed the nucleus of Elbow in 1990 with drummer Richard Jupp and bassist Frank Turner.

“I’d known Frank and Richard since High School and we have a three piece band, doing covers, I was the singer and then Guy came along and ruined everything”, laughs Mark. “Seriously, initially I did not like the look of Guy, but one day we found ourselves singing along with R.E.M’s “Losing My Religion”, and we realized we liked the same music. Later my (then) 15-year old brother (Craig) joined and that was it. I get along really well with my brother, we all get along.” 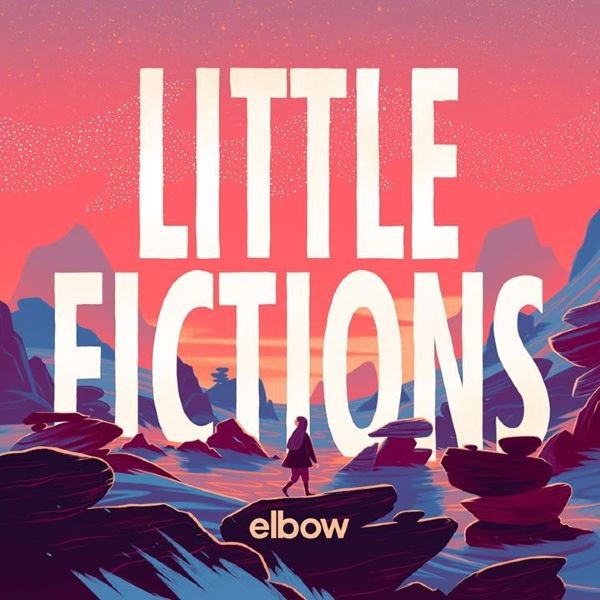 Elbow is a band whose members alternate the instruments. “We have always been a democracy”, insists Mark, “which may prove difficult now as we are a four piece not a five piece. There is no deciding vote!” I don’t think that will be a worry as the band approaches their music as a group.

“Guy hates the word ‘frontman’, and directs focus from himself. The way we write is that Craig, Frank and I write the music first, and give that to Guy who writes the lyrics. But Guy is quite unusual in that he seeks out feedback, he welcomes criticism. Everyone in this band respects how each other works.”

The two years spent apart have helped this band. They came back together, having worked with other musicians — Guy Carvey released a solo album, Courting the Squall, Craig Potter produced Steve Mason’s most recent album, Meet The Humans. They were ready to bring their professional and personal experiences together to create the incredible album Little Fictions. Even with the departure of Jupp, the band has soldiered on and continue to grow and expand their sound.

They are doing something right: after 25 years they are still going strong, producing their strongest album to date, and preparing for a European tour. No word yet on a North American tour.

Born and raised in Whitby, Aaron discovered music through his love of The Beatles. This led to a career in radio, writing for various publications, and ultimately a radio show about The Beatles (Beatles Universe), which ran for over four years. When not immersed in music, Aaron enjoys spending time with the loves of his life -- his wife Andrea, and daughters Emily and Linda (all of whom have an intense love of music too).
RELATED ARTICLES
elbowfeaturespolydor music

by SPILL NEW MUSIC on July 30, 2020
ELBOW’S FIRST THREE ALBUMS TO BE REISSUED ON VINYL SEPTEMBER 25 POLYDOR RECORDS elbow fans will be able to own the band’s [...]
9.0