Features
3
64
previous article
SPILL FEATURE: WHEN IT COMES TO ONE TO ONE, COMMUNICATION CAN BE VERY DIFFICULT - A CONVERSATION WITH NEIL ARTHUR OF BLANCMANGE
next article
SPILL ALBUM REVIEW: EDWARD McCORMACK - ASTRAL/APHOTIC 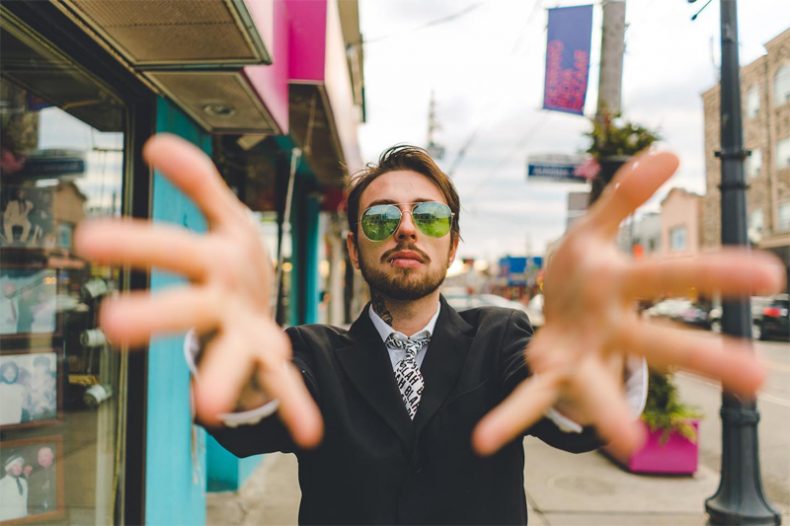 LISTENING TO MYSELF SAVED MY LIFE

Eccentric Canadian hip hop artist Myer Clarity is known for his moody production and motivational lyrics. The 27-year-old Montreal native moved to Toronto in 2014 after winning a series of national rap competitions, but his roots in music go back much farther than that. “I got bit by the music bug at age 12 and since then I’ve been a studio rat trying to figure out what I can offer that others aren’t.” His flexibility is crystal clear when comparing songs such as “Anarchy” and “All the Way down” from his album series Not All Heroes Wear Capes, Pt.1 and Pt.2.

His latest single “Listen to Myself” featuring frequent collaborator Danielle Knoll is a catchy pop song built upon laid-back acoustic guitar. This track is a sensitive look at both artists and features inspiring lyrics encouraging people to believe in themselves. In our recent interview, Clarity shared “This joint is definitely one of my more polished, grown up records.” … “I feel like every time I team up with Danielle, we show the world what adult contemporary pop songs could look like.” 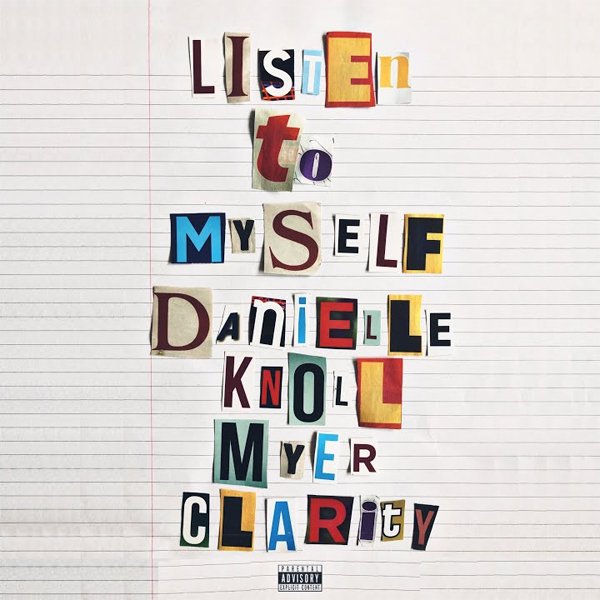 CHECK OUT “LISTEN TO MYSELF” VIA SPOTIFY

The concept for “Listen to Myself” was created by Knoll during a transitional period in her life. “I decided to get clean and sober and change my lifestyle. With this healthier lifestyle brought healthier perspectives. I realized I was truly happiest when I just followed my instincts when it came to my own decisions, who I surround myself with, and what I do.” .. “Listening to myself saved my life.”

Danielle Knoll is also a well-known Canadian artist and it’s no surprise the two have a great musical chemistry together. “We share a lot of the same ideals and work really well together. I usually bring him an idea and when we’re both super stoked within the first 15 minutes we know it’s something special to keep going with.” The two met in a studio through a mutual friend while Myer Clarity was engineering a track that had Knolls’ vocals on it. “I knew right away she was a talent” he boasts.

Clarity has gone through a similar struggle and has been alcohol-free since August 2018.  “The more I grow as a person the more I want my music to reflect that. Going from glorifying a lifestyle of multiple addictions that inevitably would kill me to digging deep into the roots of what led me to that spot to begin with, I want to put that process on display for other people who might want to better themselves.” 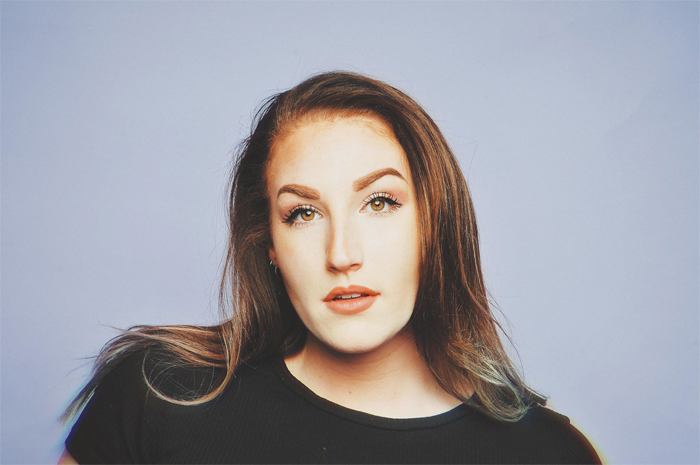 The Toronto hip hop artist is most at home when he’s creating. Walking us through a day in the life, it’s clear that his biggest form of solace is putting his energy into music. “There’s the morning existential dread followed by a shower and some piano practice. Then I remember that food is a thing halfway through the day. Sometimes, in the afternoons, I like to stare blankly at my phone for unhealthy amounts of time while I pretend I’m accomplishing things. The rest of the time I’m obsessing about music, making edits in my Logic sessions till it sounds right, making album art, and more. He’s not the only one who overworks themselves. “Danielle is just as meticulous with her edits as I am which takes a lot off my plate, normally I’m the guy making sure the song is 100% polished and ready to go”

Being experienced in all areas of pop music, Knoll always brings vibrant energy to their songs. “I feel this is my strongest song I’ve ever put out. It is the most raw, real, honest, and vulnerable. It’s a new chapter for me in terms of how I will release future projects.”

Beyond his latest single Myer Clarity isn’t afraid to lay all of his cards on the table. “I had a less than ideal childhood and was extremely rough around the edges coming in as a result of it. The main reason I leave 90% of my music catalogue online is for people to get a glance at what both personal and professional growth can look like. But I’d be lying if I didn’t cringe at a lot of my older records.”

Seeing as the bulk of Myer Clarity’s creative output is done in-house, it looks like we have a lot of new music to look forward to in the coming months.

Cory is a film maker and music lover raised in the GTA. Ever since a young age music has been a big part of Cory’s life and he often combined his love for music and film together, creating videos of him and his friends skateboarding to their favourite songs. This trend continues in his life as everything he surrounds himself with is always involved with or inspired by music.
RELATED ARTICLES
featuresfontana north