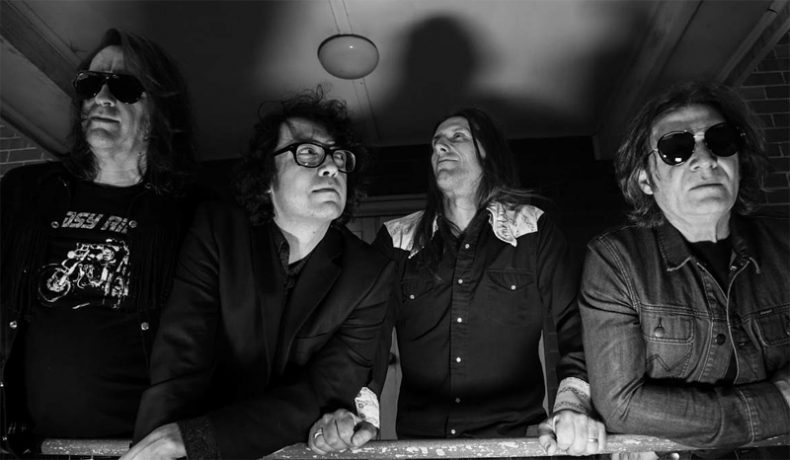 A CONVERSATION WITH DOM MARIANI OF DATURA4

As I write this, there is a lot going on in the world. It seems a bit difficult to talk about new albums while the world goes through something that we have never endured.  Thankfully, during such times, we have artists who continue to do what they do best and provide art, as does DATURA4.

“The bushfires we had over the Christmas/New Year period were horrendous.” shares the band’s Fremantle-based singer/songwriter Dom Mariani. “Australia has a very dry climate with a lot of natural forests, and the bushfire season is something we are faced with every year, but the recent bushfires were the worst we’ve ever had to face. A total climate change disaster…. and now we have COVID-19. Is the planet trying to tell us something? These events are at the forefront of our minds right now and will impact all our lives into the future. It’s a global thing and we hope to eventually deal with it through making music again together.”

2020 sees the release of their fourth album, West Coast Highway Cosmic, an album that shows a band branching out, experimenting with their sound and coming up with one incredible album. The album and title were inspired by the amount of traveling the band did in order to record the album.

“Most of the recording we’ve done to date has been out of two studios,” recalls Mariani . “One of them, Killerwatt, which is located on the West Coast Highway, a stretch of road which hugs the western beaches of Perth. The other, Real2Reel, is located off the Bussell Highway, which is the main artery to what we call the South West. We’ve had a very fruitful and creative association with both studios and their respective engineers, Kenny “Killer” Watt and James Newhouse. The travel on these significant stretches of road has been a constant. The title came during one of the Killerwatt sessions. We all like the way it sounded and the title track came to be.”

When one thinks of the open road, driving, and rock, one immediately thinks of America and American artists. Yet, here are these Australians who are successfully contributing to that genre, and maybe even taking ownership. 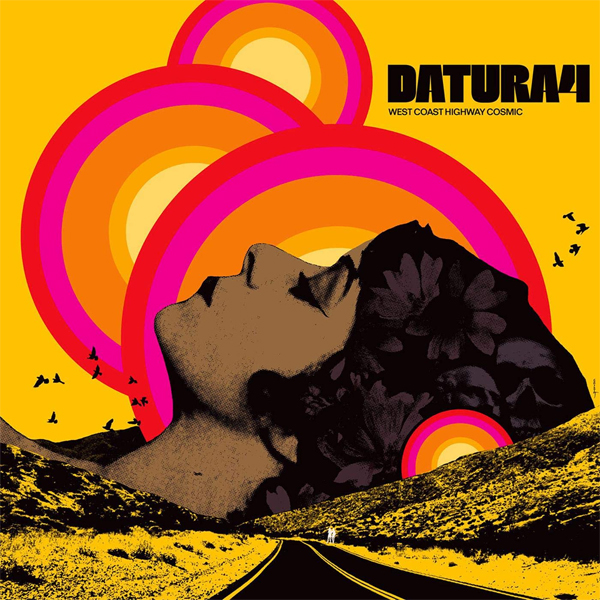 “The studios are roughly 200km apart from each other. Killerwatt is the closest, about 30 mins from my house, while Real2Reel is a good two hours south. Whether it be the beaches and scenery during the daytime trips, or the surreal effect the night sky and night-time traffic has on you while driving and listening back to what we’ve done in a previous session both lead to this experience. There’s a vastness that surrounds us on the West Coast, and I’d like to think that the ‘West Coast Highway Cosmic’, as we now like to describe it, is something that we can say has played its part in the creation of all four albums.”

Marini adds, “Having recently come back from a European tour I can tell you the driving part can be tedious, especially once you’re well and truly into the tour. There is a lot of driving and a lot of waiting around for what is a one and half hour show. That and the roadhouses and food stops become a welcome respite from the monotony of sitting in a van. While you’re travelling, you try to take in the scenery and get a little sleep to conserve some energy for the show that night. I tend not to write on the road, but if I do get ideas, I’ll store them on my phone. There’s lots of time to think about things and music is always at the forefront of my mind.”

Years of experience in making records has led the band to this moment. The other works have contributed to the sound of this album. “You take something away from every album, whether it be from the recording process, or where the inspirations for song ideas are coming from when it comes to writing songs for a new album. I guess with West Coast Highway Cosmic the process was a little more unhinged. There was a more spontaneous and looser approach for the recording, where we would take the basic song idea and let things go until we had the take that we liked. We focused on the grooves and let the freak flag fly.”

The new album, West Coast Highway Cosmic, is full of brilliant rock songs, dealing with very interesting topics, such as The Wolfman in the song ‘Wolfman Woogie’. As a long time horror film buff (especially the classics), this one caught my attention. “‘Wolfman Woogie’ came out of a jam that was based on a riff that I had been playing around with at home. It worked well for a live session with a very loose arrangement in mind where there was room to build and dig in on the groove and then to flip things to go into a totally different feel for the guitar, harmonica, and keyboard wig outs. I had a rough draft on the lyrics based on Hammer Horror imagery.”

As the world continues to go head first into very uncertain times, we have music to take with us on the journey. DATURA4 is one such band who continues to grow and impress their listeners, but they are not void of world issues. “We are living in very uncertain times and it’s tough to know where this will ultimately take us… and I guess by the time this comes out we may know a little more, whether it be better or worse. I know it’s a scary thought and there’s no predicting what humans will do. I believe and hope that we’ll learn from these events and things will change for the better, to be less selfish and focus on what’s really important as a collective.”

Born and raised in Whitby, Aaron discovered music through his love of The Beatles. This led to a career in radio, writing for various publications, and ultimately a radio show about The Beatles (Beatles Universe), which ran for over four years. When not immersed in music, Aaron enjoys spending time with the loves of his life -- his wife Andrea, and daughters Emily and Linda (all of whom have an intense love of music too).
RELATED ARTICLES
alive naturalsound recordsdatura4features
8.0