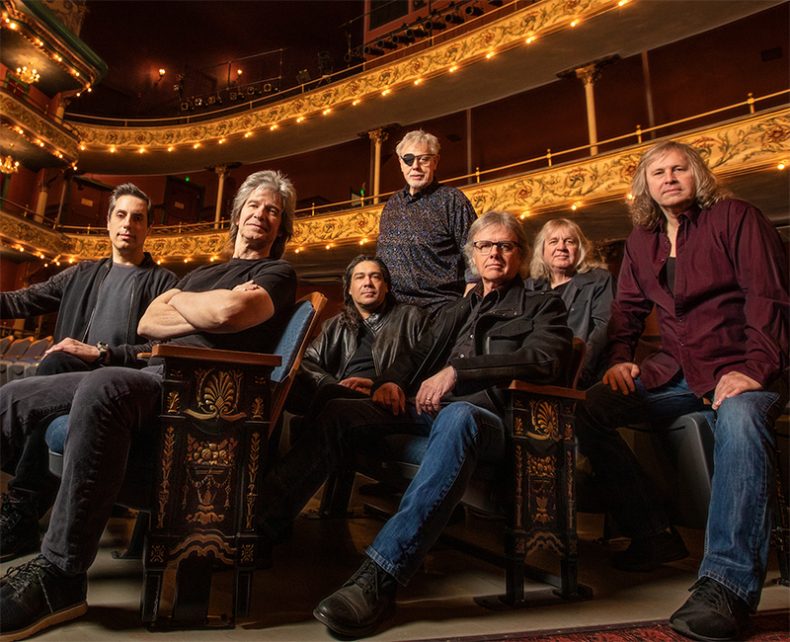 LET THEM KNOW WE TRIED

A CONVERSATION WITH ZAK RIZVI, RONNIE PLATT AND TOM BRISLIN OF KANSAS

In 1974 Kansas released their self-titled debut album. After over three years of paying their dues, playing clubs and being the opening act, Kansas were signed to Epic Records, and the rest is, as they say, history. Since 1974 there have been numerous member changes in the band, but original members Rich Williams (lead and rhythm guitar) and Phil Ehart (drums) are still with the band. The current configuration of Kansas (featuring new guy Tom Brislin on keyboards) are set to release their 16th studio album. It is the first to feature Brislin, and their first studio album since the hugely successful The Prelude Implicit in 2016. Kansas also released a brilliant live album in 2017 (Leftoverture: Live and Beyond), which not only served as an excellent souvenir of that well attended tour but was an album that was well received by critics and fans alike.

That brings us to 2020, and the current lineup features Williams, Ehart, Brislin, Ronnie Platt (vocals), David Ragsdale (violin), Billy Greer (bass and acoustic guitar) and Zak Rizvi (lead guitar). They are also set to release a new prog rock album, The Absence of Presence. The band have always had one solid foot in prog rock, but this album seals the deal. It is a genuine, epic, soon to be classic, prog rock album.

Recently, I had the opportunity to talk with Zak Rizvi, Ronnie Platt and Tom Brislin about The Absence of Presence, an album written by the entire band and produced by Rizvi, Ehart and Williams. We started talking about the album and how it all came together.

“People assume there is some sort of plan,” says Rizvi. “I am very glad that people like the record and people assume there was a plan. But when you are touring as many days a year as we are, you don’t really have time to plan. You just say… ‘we are going to make a new record’ and you put your head down and start writing. What happens, happens. You don’t really have a lot of time to reflect, or think about planning anything or having a grand vision, because you got a gig next weekend and you have a few days to work and then get back to the tour. So when we started writing for the tour, we wrote one song at a time and after a while we looked at it and said ‘hey, we have this collection of songs’. If there was a plan, it did not reveal itself to us until after we were done working because that is how all art is created. It is your second draft that makes things look like you knew what you were doing.”

“It’s all a facade,” laughs Platt. “It’s done because you are out of time and the record is coming out. That is how it’s been for everybody since the beginning of people making records,” adds Rizvi. 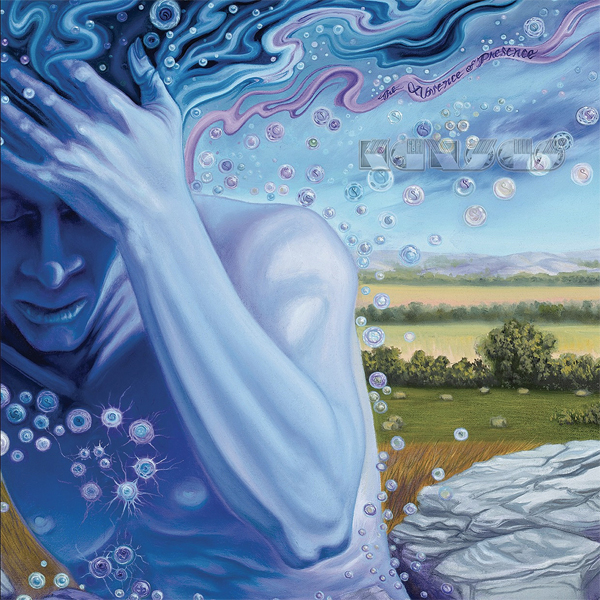 THE ABSENCE OF PRESENCE ALBUM REVIEW

With new and constantly evolving technology, revisiting an album is always a temptation for a band. And for a band such as Kansas, who got their start in the old analog studios, this adds even more layers of self-discipline in recording and completing an album. “You could drive yourself crazy”, agrees Rizvi. “Back in the day you had 24 tracks and you could fit 15 minutes on a reel tape that cost $150.00. So you had to be economical. Now, you have hundreds of tracks. Some of the songs on this album are 80, 90, 100 tracks, you know. You can fiddle forever, but the whole trick is knowing when to stop. Sometimes it helps to have an authority to say, ‘you know what, you are done today.’”

Although The Absence of Presence is, most definitely, prog rock, it is not a concept album.

“We have been asked a lot if it is a concept album,” says Brislin. “There is a unifying element but each song stands on its own, and each song has its own theme, subject matter, or whatever you want to call it. I think it is a testament to the music that it has a sense of continuity. Because we are all fans of the classic album, we love the experience of putting on a record and hearing it all, so we think of that journey it takes you on. But we were not making chapters in a book, per se. We just focused on song to song and we would say, ‘wait, this is the Kansas sound.’”

Platt adds, “even though the songs on this album are so diverse, you could just tell there is a continuity throughout the whole album. Even though there is a prog metal song like “Throwing Mountains”, there are songs like “Memories Down The Line” which is such a heartfelt ballad, but yet you can still tell they are from the same album, the same continuity is there with all the songs.”

“For the big things, we meet in Georgia, for two weeks and cut a bunch of stuff together,” says Rizvi. “Then we go work alone. Everyone has studios of their own.”

Changing members, however, means having musicians not only learn the history of Kansas but also how to perform within that union. “When I joined the band six years ago,” says Platt, “I did not expect this band to be doing new studio music. We have all been huge Kansas fans all of our lives. We are aware of the impact of their music. It forces me to elevate my game. To have that history of the band behind us reminds us that people expect the musicianship to be at the top of our game.”

As for Brislin, touring with Kansas helped him. “I just joined the band in February. It affected my writing because I have done this deep dive into the Kansas live set, which has classics and I got down to the nitty gritty to what makes this music tick, especially in the keyboard department. I had all that music swirling in my head. So when I sat down to write, I never tried to emulate anything but Kansas, as it was running through my mind, so it made it very natural to write things that would apply and fit in with the lineage of Kansas and work with this band as it is now.”

For over 45 years Kansas has been synonymous with high quality music and a style of their own. Folk mixed with rock mixed with pop mixed with prog. The end result is the distinct Kansas sound. Sure there have been member changes over the years, but the music never suffered and because of the changes, it just continued to grow. Absence of Presence is a case in point. This is the next step forward for this band, and it is a step in the right direction.

Born and raised in Whitby, Aaron discovered music through his love of The Beatles. This led to a career in radio, writing for various publications, and ultimately a radio show about The Beatles (Beatles Universe), which ran for over four years. When not immersed in music, Aaron enjoys spending time with the loves of his life -- his wife Andrea, and daughters Emily and Linda (all of whom have an intense love of music too).
RELATED ARTICLES
featuresinside out musickansas