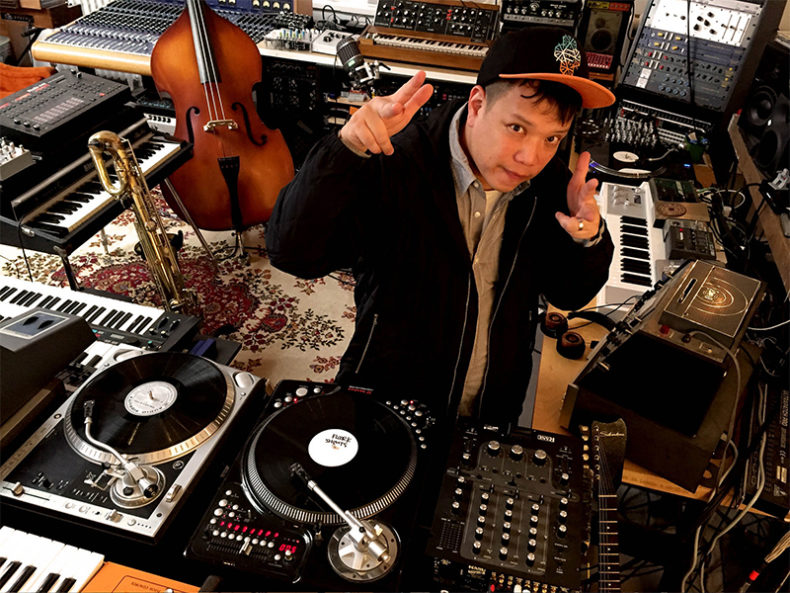 LAYIN’ TRACKS FOR A BUNCH OF FLOOR KIDS

A CONVERSATION WITH KID KOALA

Kid Koala is a ground-breaking scratch DJ with as impressive a creative resume as is imaginable. In our interview this past week, I also came to know him to be open, thoughtful, quick to laugh, and very reflective on both his art and his abilities.

Our conversation began with our first encounter, a 2001 concert in which Kid Koala (real name Eric San) opened for Radiohead at the now-defunct Molson Park in Barrie, Ont. What I hadn’t expected by opening the conversation with this encounter (me in the audience, aged 23) was a hilarious story about giant bugs. Apparently, giant flying ants flooded the stage that night, drawn by the bright lights, almost causing the needle on San’s turntables to skip as the bugs landed on the vinyl, and on the piano keys as Radiohead performed. According to San, Thom Yorke’s piano keys were so littered with bug guts and antennae after playing Pyramid Song that he could barely continue. It is exactly this type of story, with San laughing easily and often throughout, that would both put any interviewer at ease and convince them of how down-to-earth a performer and human being he is.

Inevitably, we discussed the passage of time from 2001, and here San stressed the importance of re-calibration when life hands you both highs and lows, as it always will. On those highs and lows, and his approach to finding inspiration from them, San stated that “it’s always just about seeing if I can keep this adventure interesting for me and the people who come to the show”. San is blessed with a natural ability to conjure both emotion and movement from his turntables, which he also referred to as being “chameleon-like” in that they allow him to perform in many contexts and embrace many genres. Equally moving for him as opening for Radiohead at Madison Square Garden in New York was playing in a room of only 70-80 people alongside the Preservation Hall Jazz Band in New Orleans. Clearly, it is the same movement and emotion that he is adept at creating for others that simultaneously moves him. 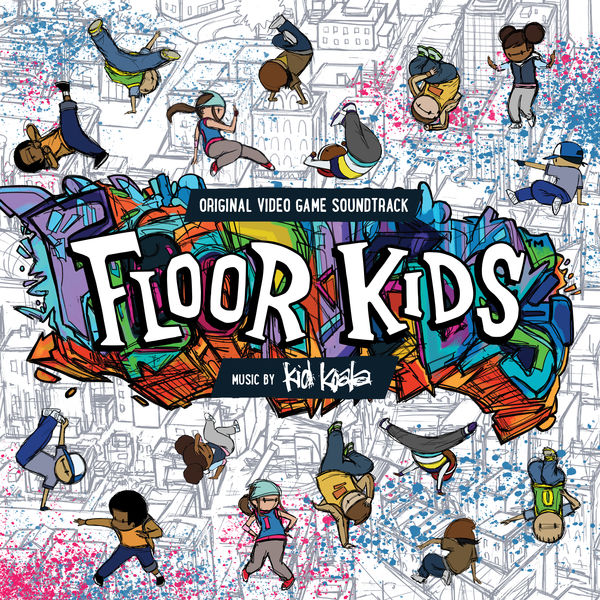 Perhaps the most compelling part of our discussion was San’s thoughts on the natural world and its impact on his writing. As he stated himself, it seems like common sense in hindsight to recognize the impact that weather would have on any creative process, and yet he hadn’t given it conscious thought prior to this year when writing ambient, dreamy music in the winter. Again, laughing at himself as much as the insanity of a Canadian winter, he explained “the reason you have writer’s block in the studio is that it’s February, it’s -20 degrees, you haven’t seen the sun in four months and you’re trying to make dance music!”  2017’s winter was indeed spent working on Music to Draw To: Satellite, which will be part of a series that will continue next winter, but spring 2018 will be focused on two creative endeavors – first, an interactive concert experience in Nashville and Chicago (ongoing now) and then beginning at the end of the month, the up-tempo Vinyl Vaudeville tour in support of his work with animator JonJon on the ground-breaking new game on Nintendo Switch, “Floor Kids”, including a show at the Mod Club in Toronto on April 27th.

One of the defining characteristics of Eric San’s journey as a musician has been his incredibly varied palette; he is an artist able to immerse himself in countless artistic endeavors from graphic novels to break battles. This variety is largely down to a combination of talent and “trying to stay in that state where your antennae are up”.  Citing production designer KK Barrett as a significant influence, San says that he is happiest when he’s learning something new or at least applying an old skill to a new context. Similarly, San credits Barrett with encouraging him to make best use of his skills in different contexts by using a variety of artistic opportunities as a means for gaining a broader perspective. There is without question a constant connection between art, visuals, film, video games and music for San and as such, it is no wonder that he is so constantly immersed in such a variety of endeavors and musical genres.

The most recent endeavor is his work with animator and B-Boy JonJon, who he met at the National Film Board when San was scoring a film and JonJon was at work on an original animated short. The two struck a conversation about their similar interests and within no time began working on “Floor Kids”, a game set to be released on Nintendo Switch that has break-battles and thus DJ-inspired music at its core. Upon seeing JonJon’s sketches and artwork for the first time, San said that he immediately felt like he could feel the beat in the art; the authenticity was so high, that they immediately clicked and San began working on music for the game. San’s challenge was to capture the energy of being at a break-battle and trying to build songs around the amount of time that a dancer may be in the middle of the cipher, fitting the arc of that dance narrative. This then evolved, due in large part to the reaction from the gaming community, into a full 42-track album based on the game and its varying challenges. The Vinyl Vaudeville tour, which includes stops in 18 North American cities, is a celebration of that game’s completion and the years of work put into its creation as much as it is a chance to showcase the music that San painstakingly created for the game. An exercise in incredible authenticity, Floor Kids is an album not to be missed and encompasses the full gamut of San’s skill set. The Vinyl Vaudeville tour kicked off in Montreal on April 26, 2018, stopping also in Toronto (April 27) and Vancouver (May 4) as well as a host of cities in the US.

An artist of incredible talent and authenticity, Eric San is also an approachable, open person, comfortable jumping through myriad discussion topics as easily as he moves through genres and artistic opportunities.

Br. lives in southern Ontario, grew up on The Beatles and The Journeymen, spent his adolescence immersed in grunge, and his adulthood in British alternative. His greatest joy is seeing his son dance and grow into his own appreciation of the indescribable joy of music...
RELATED ARTICLES
arts & craftsbig trouble in little battlefeatures
7.0