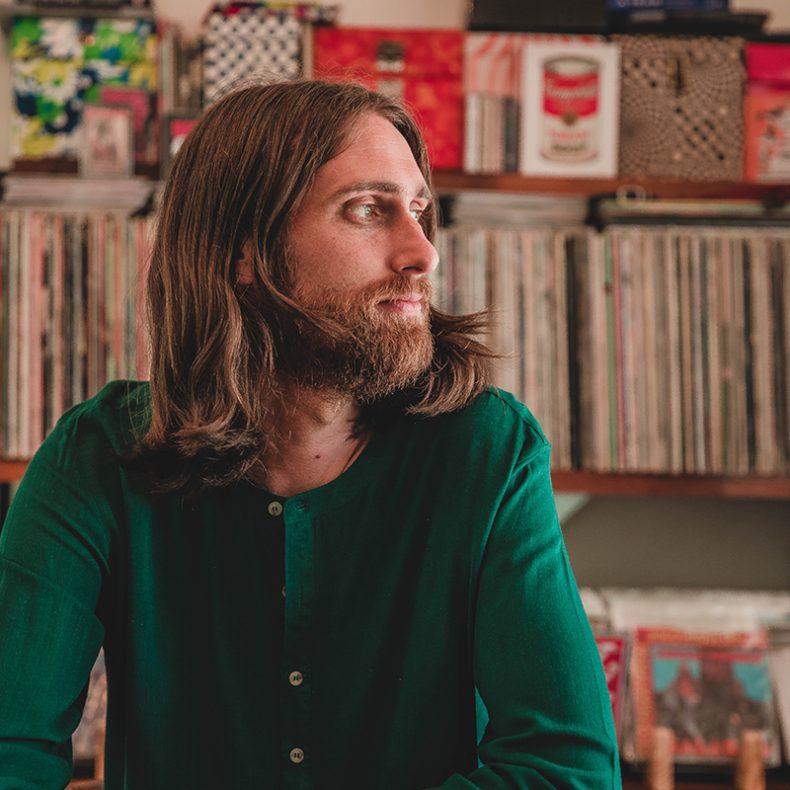 A CONVERSATION WITH TREVOR BELD JIMENEZ

Trevor Beld Jimenez is not a familiar name…yet. However, he has just released his debut album, I Like It Here. Although I Like It Here is his debut as a solo artist, Jimenez is no stranger to the music scene, hitting the drums of such bands as Fruit Bats, GospelbeacH, Parting Lines, and Tall Tales And The Silver Lining. He has also backed up Kacey Johansing. I Like It Here is his chance to step out into the spotlight. The album is out on the artist friendly label, Curation Records, run by fellow GospelbeacH member Brent Rademaker.

Listening to Jimenez, a couple of things become abundantly clear. He has grown up listening to the classic rock sounds of a lot of California artists. You can hear the influences of The Eagles, Jackson Brown, CSN/CSNY, Harry Nilsson, Tom Petty (I know he is from Florida) and The Byrds, to name just a few. You can also hear the traces of Beatles and Beach Boys from the ‘60s, thrown in with some California country, such as Buck Owens and Merle Haggard. He does not copy any of these artists, but what he does do is roll it all together and make an incredible sound of his own. I Like It Here is a fantastic collection with all the hallmarks to make it a classic album.

“I remember when Brent was first dreaming of Curation. He was telling me about all of his ideas and his vision for a record label. One of his ideas was to put out a solo record for me,” recalls Jimenez during our recent chat. “As the record label started to come to life and become a reality so did that idea. I already had a few songs collected that I intended to either use for my band( Parting Lines) or GospelbeacH. Songs like “Faces In The Crowd” and “Come Back Kid”.

Jimenez called in for help from fellow GospelbeacH member and friend, Jonny Niemann. “The only natural fit would be to record it with Jonny. Jonny understands where I’m coming from musically and also just as a human being, and can help translate that. So Brent gave us the blessing and Jonny and I took off running with it in the fall of 2019.”

Although Jimenez is more than a drummer, he is quite talented, and like Paul McCartney, plays a number of instruments, including piano and guitar. He still felt he still needed some support to record the album, so it made sense to bring in his friends, to make the album more of a family affair. 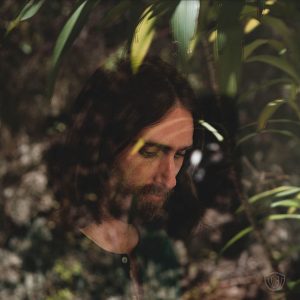 “We have Jonny Niemann on production, and basically everything behind the board. Plus he plays all the piano and even some guitar. On guitars we have GospelbeacH alumni Matt Hill and Jason Soda, as well as my Parting Lines brother Tim Ramsey, who played all the pedal steel on the record as well. On vocals we had Kacey Johansing, Pearl Charles, Eric Johnson(Fruit Bats) Nelson Bragg(Brian Wilson) and Clay Finch(Mapache). Bass was played by Bob Glaub which was one of the special connections to be made on the record, since I grew up listening to so much music he was a part of. Brent played bass as well which the same could be said about him. I’m a massive BWS fan. Andres Renteria played most of the percussion. All that conga was essential!! I myself played drums, guitars, vocals, percussion and some little knickknacks here and there but it was a very collaborative experience.”

Having a bassist, such as Bob Glaub, who has appeared on records by Steve Miller, Bob Dylan, John Fogerty, and Bruce Springsteen, helps to add to the sound. Not nostalgic, but certainly fans of the 1970s rock radio will find something enjoyable within the grooves of this album. Take the lead single, “Moment”. Jimenez says, “I wrote that song on piano. If you heard the demo, it’s a bit more John Lennon piano style. Kind of primitive. Jonny brought that Nikki Hopkins eloquence to it.”

The song “Moment” also gave the album its title. “We pulled the title out of the song “moment”. It’s funny, because, saying something like “I like it here” in the times that we’re living in is possibly cavalier? I certainly don’t want it to come across that way. But I do think that if we can quit worrying about the past and stressing about the future then living in the present moment could be a helpful tool for facing it all.”

Although he has had a lot of experience in bands, heading up the band and being known as a solo artist is a new experience for Jimenez, one that has pros and cons. For Jimenez, it comes down to collaborating and being open to other’s ideas..

“Being in a band can be so amazing at times. You’re sharing experiences together that can be so unique and formativeut of course being in a band can also be difficult. You have human beings coming from so many different places in their lives trying to create something that’s expressive of themselves. I’ve been a leader and I’ve also been support, and I learned long ago that the ego is not your amigo. When you are collaborating, openness has to be more of a practice then a theory. There were many instances on this record where we left my ideas on the cutting room floor, and in the end you have to believe that it was for the better.”

Jimenez hopes that the album “will be relevant in someone’s life.” In the end, he is still a fan of music and sums up his goal for I Like It Here quite nicely.

“Some of my favorite records ever made are like dear friends, and even after not seeing them for a while we pick up where we left off. I think my greatest hope would be that this record could do the same for someone else out there.”

One spin on the turntable, and one cannot help but think that I Like It Here is a new friend.

Born and raised in Whitby, Aaron discovered music through his love of The Beatles. This led to a career in radio, writing for various publications, and ultimately a radio show about The Beatles (Beatles Universe), which ran for over four years. When not immersed in music, Aaron enjoys spending time with the loves of his life -- his wife Andrea, and daughters Emily and Linda (all of whom have an intense love of music too).
RELATED ARTICLES
curation recordsfeaturesgospelbeach
8.0

by Aaron Badgley on August 28, 2020
GospelbeacH Once Upon A Time In London Curation Records Live albums are a tricky thing, you want to have the record sound good, while capturing the energy of the band and the [...]

by Aaron Badgley on April 2, 2020
THINGS WILL BE BETTER FARTHER ON DOWN THE LINE A CONVERSATION WITH PACIFIC RANGE Throughout rock history there have always been hotspots [...]
8.0