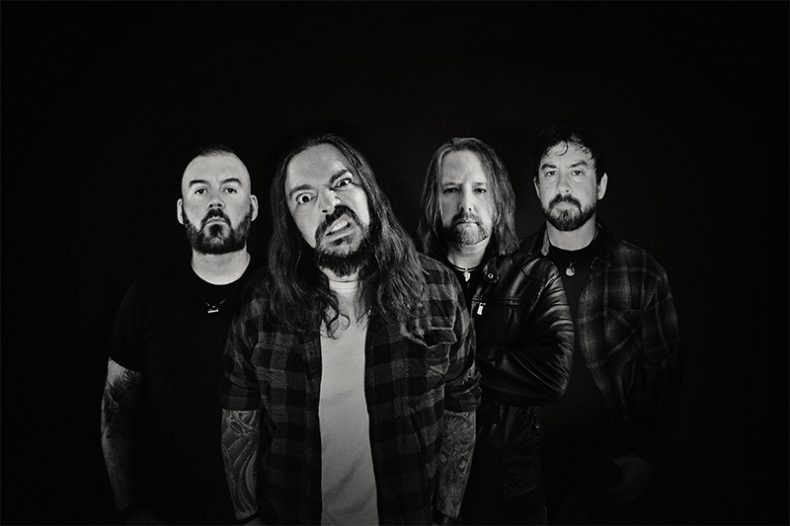 IT’S SO DANGEROUS, ALL THIS BLAMELESSNESS

A CONVERSATION WITH COREY LOWERY OF SEETHER

Since forming in South Africa back in 1999, Seether have achieved massive global success. The band have recently released their eighth album, Si Vis Pacem, Para Bellum. Their latest album also features a lineup change which sees them being joined by guitarist Corey Lowery.

Lowery has a longstanding connection with the band, having previously toured with them which therefore removed any potential creative difficulties when it came to actually recording with them in the studio. They had a huge amount of songs to choose from for the release, and out of a vault of 40 to 50 songs, the band actually recorded a total of 21. Of those, a total of 13 actually made it onto the album.

Lowry’s musical legacy shows quite a diversity. Seether represents various artistic and personal challenges for him, making it difficult to accept the new role in an an already established and successful band. “Look, I’ve had so much respect for them. I’ve been a fan of the band since the beginning, and I think one of the biggest reasons why, as I’m sure for a lot of people, is just the lyrical content is sincere. The music is just raw and in your face and everything about it was real. There’s a realness to see there. There’s a lot of cool bands out there, but I mean, I think that Shaun [Morgan], as a songwriter, is very underrated.”

The band have already released three videos from the album, and two in particular seem to be getting a lot of attention, Dangerous” and “Beg”, which seem to be visually very dark pieces. The process between creating the song and its actual transference to video proved to be quite interesting. “Shaun found an animator that he loved the work that he was doing, and wrote a kind of a script about it. It’s got some darkness to it for sure. With animation, you get to have a little bit more fun, and be a little bit more creative and throw something out there that makes people think a little bit more about the thing. It has a dark tone, but I find it funny sometimes when I see it finally completed. It was mostly Shaun. Shaun scripted the idea out.”

Many bands have recently embraced the concept of live streaming concerts, although they generally tend to be pretty poor to be fair, both in audio and visual quality. However, Seether are taking a step into this new format and doing an exclusive live stream album release. Seether are currently rehearsing in Nashville for their forthcoming production. “It was just good to get in the room together. And not only just that we’re going to play together, but just to see each other. We haven’t seen each other since leaving the studio… So now we all get to kind of play together, and we hope that people get to enjoy this. We miss touring, we miss our fans so bad. And everything will get back to a normalcy at some point, but until then we gotta do what we got to do. And, so we’re just going to play some new songs and hope that everybody gets an idea of where we’re heading with it when we come back out live.”

Lead guitarist is just one of many roles that Corey Lowery actually has. He is also involved in the production and mixing of the music. It was beneficial for him to have a variety of job roles and titles, as it helps to give him a sense of direction and personal focus. 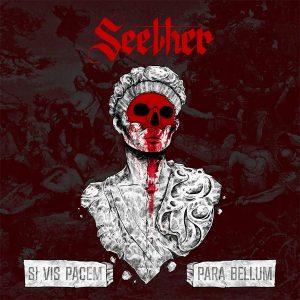 Lowery’s early introduction to music came from his own parents who were both musicians. “And I remember wanting to learn how to play. I never started out on any instrument. I started… A little bit of everything, just cause I wanted to write songs. And, I remember having–I would have recorders everywhere. And I was just always very interested in the whole process, like the big picture of the whole thing rather than just one instrument.”

“I got to work with a lot of great producers, great engineers through the years, Rick Barrage, Dave Bennett, Don Gilmore. The list goes on Jack, Joseph and, all these guys were super talented guys that were willing to show me some of what they were doing. And, from doing so many records through the years, I would just grab this from this person, grab that. Matt Hyde engineered this record. Him and I had a blast on this and it was just really good to work with the perfect team. Like as far as finding sounds fast and knowing how to get there. I mean, that way the creative side of it stays in the forefront of everything.”

“And it was all hands on deck with the record, as far as making it happen and keeping it creative. And let’s try this preempt. Let’s change it over this. Matt brought in a bunch of custom made stuff, preempts for the record. The thing is you’re trying to create a new sound.”

And something that had an edge to it. We play a rebellion art form. So, you want to have that nice edge to it. And I think the record came out as… We’re super proud of it.”

On reflecting on his own longevity in a tough music business, through a variety of bands and musical styles/genres Corey offered some words of advice and wisdom.

Just be thankful for what you get and stay humble through this process. You get to meet a lot of people so give it everything you got at all times.

And appreciate it, take some time to appreciate some of this stuff that you have done and look forward to this stuff that you… There are plenty of tours that I’ve gone on and I didn’t really pay attention to it. I was just wide up and doing this or that. And, so you want to slow down and just pay attention a little bit and be thankful for the things that you do have, you know?

Bands these days appear to have a more organic and hands on approach now that they are not largely governed by large record labels. They also can interact more directly with their fans through various forms of social media. However Corey explained that at times he misses the old sense of mystery that existed between bands and their fans. And also when band members could actually have a life outside what they did professionally

“I think if I could interview anyone, it’d probably be my daughter in the future. Because I got her into a lot of things that I was into and I think I’m trying to raise her to be a little bit better than I was. She plays a little bit of everything, very athletic, very creative. And I’d like to interview her and find out what it was like, the process? Like being in a musical family, but you still have to earn it.

Everything you do, you have to earn yourself. And, how was that whole process of learning all these things. I’d probably interview her.”

I'm a 40 + music fan. Fond mostly of Rock and Metal my staple-musical food delights. Originally from Northern Ireland I am now based in the UK-Manchester. I have a hectic musical existence with regular shows and interviews. Been writing freelance for five years now with several international websites. Passionate about what I do I have been fortunate already to interview many of my all time musical heroes. My music passion was first created by seeing Status Quo at the tender age of 15. While I still am passionate about my Rock and Metal I have found that with age my taste has diversified so that now I am actually dipping into different musical genres and styles for the first time.
RELATED ARTICLES
dangerousfantasy recordsfeatures
8.0

by Kysan Kwan on June 3, 2016
Ladyhawke Wild Things Polyvinyl Records If you take the ingenious synthy goodness of CHVRCHES and the catchy Pop hooks of Carly Rae Jepsen and throw them in a blender, what you’ll get is [...]