SPILL FEATURE: IT’S ALL ABOUT THE PMA, BABY! – A CONVERSATION WITH JESSE MACKOWYCZ OF QUARTER TANK 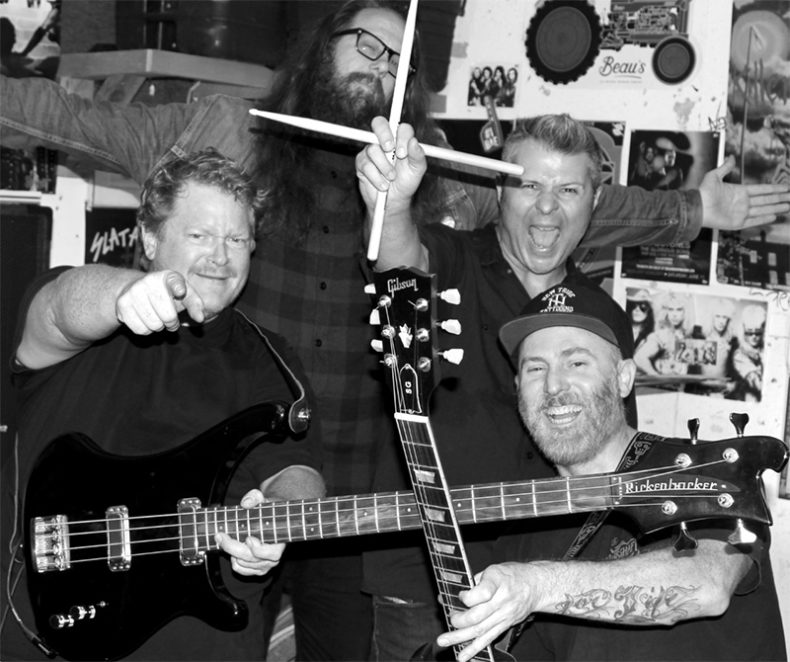 IT’S ALL ABOUT THE PMA, BABY!

A CONVERSATION WITH JESSE MACKOWYCZ OF QUARTER TANK

To call Quarter Tank punk would be an oversimplification. Metal would be too unspecific. Crossover comes close but it doesn’t exactly account for the almost volatile, high-energy listening experience these guys provide. Along with their explosive sound they offer a hefty dose of that optimistic philosophy, Positive Mental Attitude, that differentiates them from your average punks.

Bassist Jesse Mackowycz provides driving basslines with effortless fills. Over gritty rhythms, guitarist Johnny McNabb provides solos that would shred a library full of books. Dean Carl Glover’s high-octane drumming gives the madness a solid backbone. This is topped off by Billy Gregory, “The Voice,” whose brash singing style is complemented by the other guys’ ample gang vocals.

All four members are veterans of the Toronto music scene, and despite commitments like work and kids, they bring it as hard as ever… “except,” Mackowycz explains, “for the whole sleeping in hotels instead of on the floor thing.”

Since Quarter Tank’s inception in 2006 there have been some lineup changes, and it seems they’ve found their groove. Their 2018 eight-song release Igniter rips. The in-your-face attack of songs less than three minutes long is described by Mackowycz as “an energetic album that has a positive message of overcoming all the shitty things in life, and the new beginnings that come from those things.” All jokes about short attention spans and onstage breathing capability aside, the story behind the length of their songs is a simple one. Mackowycz says, “the message we need to get out can usually be done in around two minutes.” 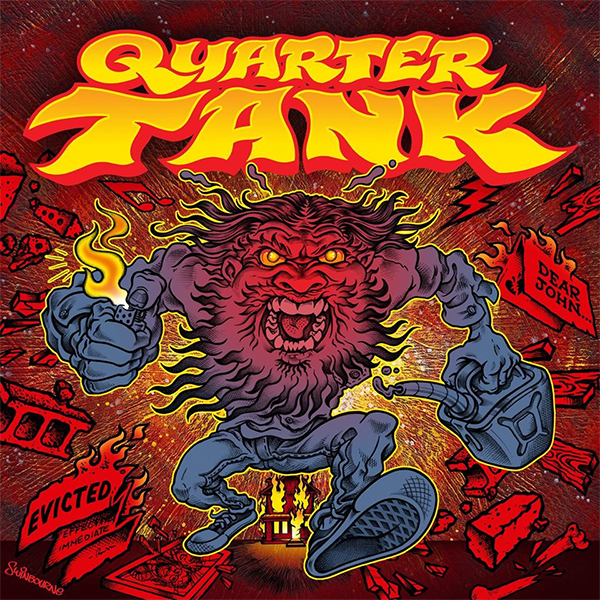 The album’s title track, “Igniter,” is catchy as hell. The chorus resonates as backup vocals add gravity to the statement “I will see it through.” Song “Rock Hell” seems to speak of the band’s second chance with its current lineup: “Took everything we had to bring it back to life.”

The album is certainly full of life: it radiates positivity. Even the lyrically darker-sounding tracks like “Harlem” have something offer. The line “I can’t accept what this world has become / Is it the same for everyone?” is balanced out by positive messages in other songs. For example, the chorus in Alien is an encouraging message: “We don’t fit in…. and we’re having the time of our lives.”

“Figure It Out” is a track that speaks to the need for something different: “looking for something new, how ‘bout you?” The song features guest vocals from friend Becca Chambers, who plays in a band with Glover called The Graffiti Crimes. “She’s got a cool voice,” Mackowycz says, “and it turned out 1000% better then we could have ever imagined.” 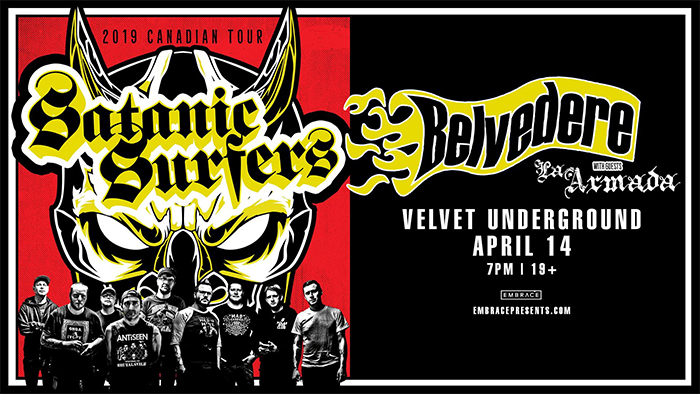 When asked if writing the album was a therapeutic process, Mackowycz explains, “every time you make an album, it’s just that, therapy. It’s one of the few outlets that lets you write it down, scream it out, and get it all off your chest. It’s all about the PMA baby!”

So what makes Quarter Tank such positive guys? Maybe it’s that the band is comprised of old friends. Mackowycz divulges, “It’s the only way I can STILL be in a band. I don’t know anything other than playing in bands with my boys… It’s always best to make music with your buds because you know each other outside of the band as well and there isn’t that whole awkward thing happening. At this point of my musical life, I can’t imagine playing with anybody other than the three fellas I rock out with now in Quarter Tank.”

Quarter Tank recently hit a few spots along the 401, appropriately named the “BBRRRAAAWWWK Vol. 3 Tour.” They had only good things to say about the tour with friends Audio Visceral: “The 401 tour was incredible.  It’s always good to get out and play some shows with old and new friends alike.” Even when playing a smaller DIY punk show in Newmarket, they brought the noise, and were gracious about it. These are the kind of guys who would force free extra merch on you if you bought a $10 album.

Catch Quarter Tank April 14 at Velvet Underground with Satanic Surfers and Belvedere. The band is “very stoked about that one, especially for Johnny, since the Surfers are old friends of his from the Almighty Trigger Happy days. They toured Europe a couple of times together and are just AWESOME people and a KILLER band.”