SPILL FEATURE: AS WAS – AN INTERVIEW WITH PAUL DELANEY OF BLACK ANVIL

Features
421
previous article
SPILL ALBUM REVIEW: BILL & JOEL PLASKETT - SOLIDARITY
next article
SPILL FEATURE: 'SOUND THE ALARM' - 25 YEARS IN AND STRONGER THAN EVER - AN INTERVIEW WITH VINNIE FIORELLO OF LESS THAN JAKE 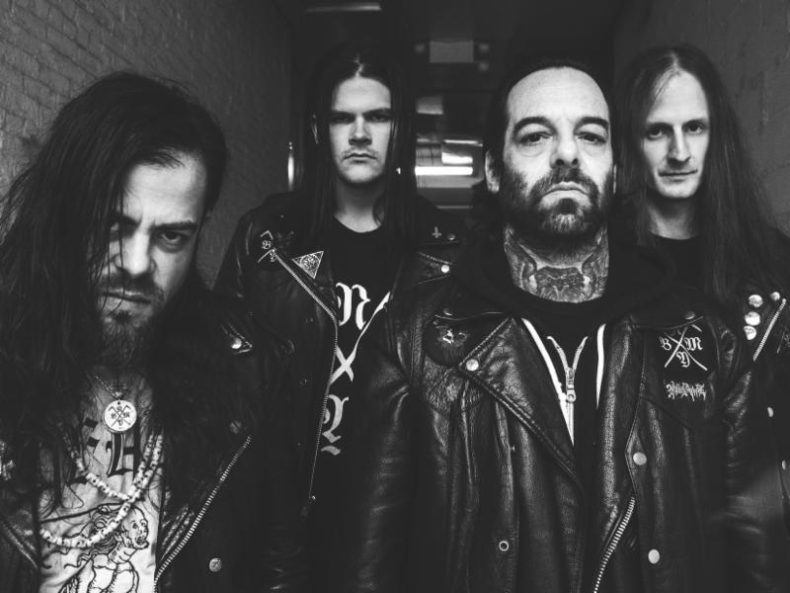 AN INTERVIEW WITH PAUL DELANEY OF BLACK ANVIL

Growing up I always found heavy metal music too harsh. Back then I never could have imagined myself becoming a fan of a band like New York City’s Black Anvil. When I was younger, the aggressive guitar riffs and pounding drums were always contrary to the mellow music that I was drawn to as a teenager. And then there was the death growl, that gurgling violent singing that I found very unattractive and almost repelling.

Yet, my perspective about metal music changed when my high school vocal music teacher expressed her admiration for heavy metal singers. She pointed out that those who could pull off the complex, and sometimes damaging, death growl were those that could do something that not many vocalists could. After pointing out that even a trained singer like herself could never do a death growl, we were challenged to try and imagine how metal vocalists accomplished such a feat. Given that we were accustomed to singing classical music, jazz, and other styles that focused on proper hydration, rigorous vocal warm-ups, and delicate vocal care, many of us were at a loss as to how the death growl could be achieved. That exercise led to a deep admiration for metal vocalists, and I found myself being pulled towards the musical genre.

So, with my teacher’s words of musical wisdom in my head, I returned home and began listening to Metallica, Black Sabbath, Rob Zombie, Marylin Manson, and so on. As I grew in age and musical tastes, I found myself more attracted to symphonic metal bands such as Nightwish and Within Temptation. Bands that blur the lines of musical genres and define their own styles like Lacuna Coil and Turisas also quickly drew my ear. The more I listened to metal music, the more I admired the musicians. And the more I listened to the death growl, the more I began to appreciate the unique talent, and almost bravery, that goes into singing it. 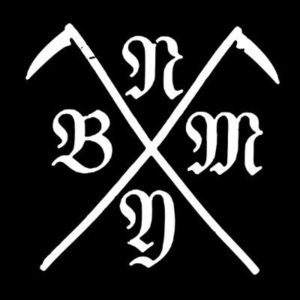 Then I came across Black Anvil. The death growl heavy vocals caught my ear, but it was the vocalist’s ability to switch between the aggressive vocals to the more melodic harmonies that ultimately drew me in. I found the flexibility of the band’s sound intriguing, and combined with the harmonious blend of instruments and fluctuating tempos, tracks like “As Was” and “Ultra” quickly became my new favourites.

When I was given the chance to talk to Black Anvil’s frontman and lead vocalist Paul Delaney I couldn’t  resist asking about how he prepared to sing the difficult death growl. “Coffee!” Delaney replied. “Drink some coffee, and just do it. There’s always wear and tear that you put on yourself …. I have a tendency of wrecking my shit sometimes and hurting my throat, but I’ve never taken any professional steps …. It’s a bit more challenging this time, now that there is all kinds of singing, so I can’t wreck my throat.”

Black Anvil’s latest album, As Was, is considered a very progressive album for the band. About the inspirations behind the album Delaney said, “I look at our band from the beginning and I usually focus on the record right before it. A couple of years go by, and you start writing a new record and you look at where you’re at in your life …. I always want to go further than my last record.”

“How can we better ourselves and impress ourselves, and be as creative as we can or want to be,” Delaney continued. “Musically, the shit that’s ingrained in our heads, … from Metallica to Type O Negative, … there are things that I automatically do … when it comes to vocal melodies and harmonies, and incorporating a lot of that. I don’t try to rip off, but there is always that ‘What would this guy do’ or ‘What would that guy do.’ … There’s always that thinking-out-of-your-own-box way.”

When asked about the title track “As Was”, especially in regard to that track’s unexpected elegance and ballad-like qualities, Delaney said, “Maybe in the past we would have been a bit more stubborn when it comes to adding something like that, but this time we were like why limit ourselves, it’s there … Who’s gonna complain? … It’s about making ourselves happy.”

As for the unique and complex Latin-lyric ending to the track “Ultra”, and ultimately the ending of the album, Delaney said, “We always had the idea to add sort of a chanting back vocal sound … like in a church …. It just made sense to throw something up there in a different language.”

Delaney said that Black Anvil will be “making the rounds” this year when it comes to touring festivals and venues both in North America and in Europe, however many of the arrangements are still being made. So metal fans should definitely keep their eyes on Black Anvil’s tour dates as posted on the band’s Facebook page.

As for what lies beyond touring for the hard-hitting Black Anvil, well that’s a mystery. Yet, I can’t help but feel that if the band steadily progresses their music, building on their solid foundations and continually following their creative instincts that I will be listening to their music for many years to come. And I can only hope that other metal-heads will join me in this renewed love for modern metal music.

Samantha “Sam” Stevens is half a music journalist, and half an academic scholar. With a graduate diploma and MA in Journalism, Sam has covered musicians all over the world and her work has appeared in Guitar Girl magazine, North Bay Nugget newspaper, The Link newspaper, and a few others. She even founded and managed her own music blog The Littlest Voice for 5 years, in which the spotlight was thrown on new and emerging indie artists around the globe. Currently, Sam is a PhD student at Carleton University in the School of Indigenous and Canadian studies where she is continuing her MA research on colonial language in Canadian news and government institutions.
RELATED ARTICLES
as wasblack anvilfeatures
8.5