SPILL FEATURE: IN AND OUT OF HIS HEAD – A CONVERSATION WITH PAUL COLLINS 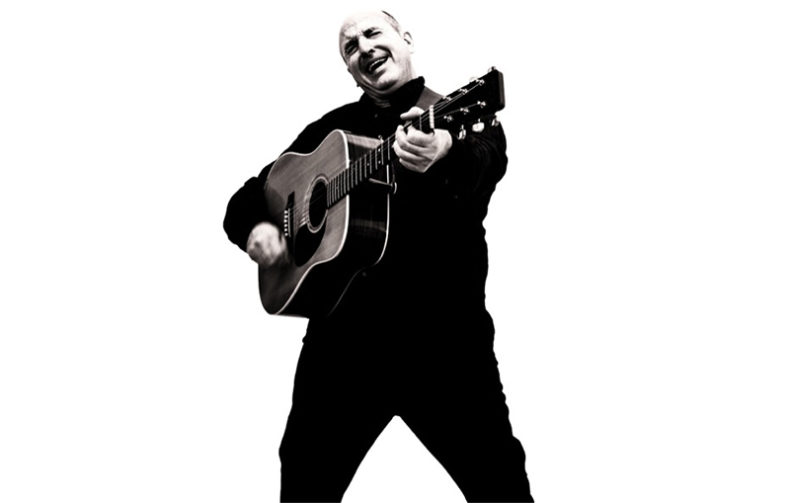 IN AND OUT OF HIS HEAD

A CONVERSATION WITH PAUL COLLINS

Once there was a genre within rock and roll called ‘power pop’, and Paul Collins was not only at the forefront, he was one of the originators. As a musician, he was in two brilliant bands, The Nerves and The Beat (one of the reasons The Beat from the U.K. were known as The English Beat in North America). The Nerves released only one E.P. (The Nerves) in 1976 but it had a seismic influence on the music scene. The Beat released more albums, and then by the 1990s, Collins had gone solo.

“My records have gone back and forth between Paul Collins Beat and just Paul Collins. At the time of the recording Paul Stingo and I had just started to work together and there was no band to speak of so it just made sense to use Paul Collins. The funny thing is, now I have reunited with Michael Ruiz, the original drummer of The Beat and we are a band again!

“I had been searching for musicians that more or less came from the same school that I did for quite some time. When I met Paul Stingo and we played together I knew in the first thirty seconds that he got where I was coming from. We started playing together informally to see what would happen. One thing led to another and we were really working on a record. At the same time my good friend Tony Leventhal had just completed building a state of the art studio in his home and he offered us the chance to come and see how things would sound. In the beginning the plan was to try and make a demo too then do it for real. I’ll never forget the day Tony turned to us and said, “You know we’re making a real record here!”

The title, however, is perfect and can be interrupted in many ways, much like the songs found on the album. Collins was able to explain the title. “A lot of times coming up for the title of the record is very difficult. Usually I use a song title but it has to be a title that captures the spirit of the record. There was something very special about how this record came together, it all just seemed to flow together effortlessly. The music, the actual recording, the photography and the art work all just seemed to appear at just the right moment. It was the same with the title, it just came to me, and there was no second thought, Out of My Head was the perfect title!”

As with artists who have a career as distinguished as Collins, sometimes living up to his history can be challenging. Collins has a practical way to look at this issue. “For me it’s an album and every record is torture when it come to quality control. It’s never been easy for me to try and achieve the standard that  I learned to attempt while I was in The Nerves. Good is what you throw out, excellence is what you have to shoot for and that has never been easy. I drive myself absolutely crazy as I become totally obsessed with trying to do something that means something and will stand the test of time. Usually when I’m done with a record I will have listened to it so many times that I can’t hear it anymore for quite some time.” 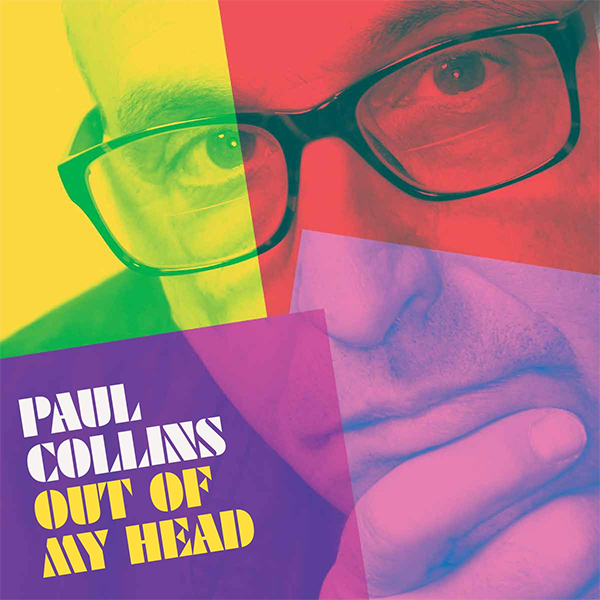 ORDER OUT OF MY HEAD VIA iTUNES

In addition to be a great album, the album sleeve photograph was taken by the iconic rock photographer, Bob Gruen, who is not only famous for pictures of John Lennon, but The Ramones, David Bowie, The Clash, Patti Smith and many more. “We were so lucky to have the photography done by Bob Gruen and again it all just fell into place. Bob and I live in the same building and we have run into each other from time to time. He was crossing the street one day and I said, “Hey Bob you want to shoot my new album cover?” He said, “Sure!” The whole shoot took about two hours, it was one of the easiest and funnest shoots I have ever done!”

As for the new album, Collins was able to revisit some old songs that have not managed to find their way onto an album.  A song like “Killer Inside”. “So happy that this song made the cut! It’s been hanging around since the early ‘90s when I was playing around New York. I was working with Rick Wagner(db’s) and Tony Machine (David Johansen and Elliot Murphy). We wrote the song as a jam in a rehearsal studio and fortunately I taped it on a cassette so it survived. Years later I was like “Yeah, this a bitchin song !”

The other older song is “Tick Tock”. “Another gem that was in the song chest for years, I used to play it when I was living in Madrid and it too found its way onto a cassette. Years later I heard it and here she is! It’s about the time when I was still living at home, right before I struck out on my own.”

And on this album, Collins broke new ground by covering a song by someone that was not originally recorded by a “famous group”. The song, “In And Out Of My Head” was written by collaborator Paul Stingo. “This will mark the first time I have recorded someone else’s song on one of my albums that wasn’t by some famous group, so that in itself says a lot! I love the song and it fits in perfectly with the record and with my songwriting style.

As with all the musical greats, Collins is a music fan as well. He has allowed the music to soak into him and he is aware of his influences. But he is also aware of the current musical landscape.

“I am a product of all the great music I have listened to especially rock n Roll radio circa 1968, which was the best of the ‘50s and the ‘60s and it included folk, soul and country music. It was the golden age of pop music as far as I am concerned. I really wanted a song that spoke to those days when I was in high school and we would hangout listening to music all day and night, it was practically all we could think about, except for girls,” says Collins about the song “Midnight Special from his new album.

“I think it’s like always, ten percent really good stuff and then a lot of stuff that’s not so great. Music has changed quite a bit and the way it’s made has changed dramatically but at the end of the day, a good song is a good song, and usually they are few and far between. I am partial to the era that I grew up in and I would imagine kids today might feel the same about their music.”

Born and raised in Whitby, Aaron discovered music through his love of The Beatles. This led to a career in radio, writing for various publications, and ultimately a radio show about The Beatles (Beatles Universe), which ran for over four years. When not immersed in music, Aaron enjoys spending time with the loves of his life -- his wife Andrea, and daughters Emily and Linda (all of whom have an intense love of music too).
RELATED ARTICLES
featuresin and out of my headout of my head