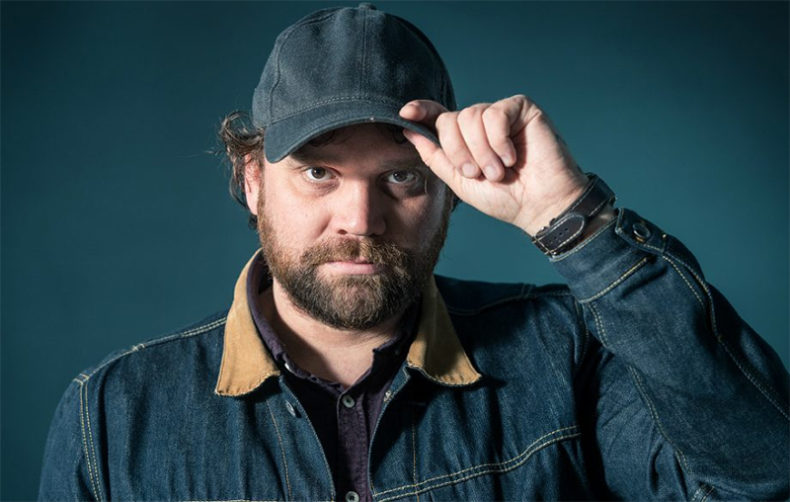 IF HAPPINESS WON’T LIVE WITH ME…

2013 was a very difficult year. Professionally, I found my workplace to be mired in acrimony and political rhetoric; personally, my wife and I had struggles that only those attempting to have children late in life can understand; and then one of my anchors in life, my father, suddenly passed away. This was a year of great loss, personal tragedy, and enforced reflection; it was also a year in which my long-traveling life companion, depression, forced itself into my every thought and action, becoming the filter again for all that I was and in all my interactions with the world. As the anchor that was my father was suddenly absent, and depression sunk in its terrifyingly sharp claws, I came to rely with even greater force on perhaps the most intangible of anchors, though one that has served me my whole life long – music.

Pedestrian Verse, Scottish foursome Frightened Rabbit’s fourth album, was released in February of that year and came to be the skeleton upon which both my grief and my recovery were built. The band was new to me, but I found myself profoundly moved by the simple sincerity of lead-singer Scott Hutchison’s lyrics and vocals. This was a man who suffered deeply, who was honest about his struggles with depression and personal loss, and put simply, was exceptionally authentic in conveying those themes. “Acts of Man” is, in a world of conventional love songs, the single most authentic and honest; “State Hospital” is a study in everyday heartbreak and perhaps the most devastating of all, “Nitrous Gas” is an unflinching battle between a man and his many, dark demons. The timing of this album’s release, amidst the storm that my life had become, could not have been better, the emotion no less profound, and the undercurrent of possibility, of survival, ultimately no less motivating.

Depression is an epidemic. It cannot be stopped and it has no boundaries. As our awareness of mental health limps forwards at a most “petty pace”, so does our awareness of those whom it has dug its hooks into, whose lives it has altered, sometimes permanently. With depression, far too often comes silence, isolation, and in its worst cases, suicide. Scott Hutchison knows this as acutely as the author of this article, knowing all too intimately the ways in which it severs ties with reality, builds walls against help, and silences the sufferer in ways that cannot be adequately explained. Hutchison chose song and music as the vehicle through which he could navigate his depression and personal losses and I chose his music through which to filter my own personal narratives. I could not possibly thank him enough for helping me through 2013; thus today, when I read the news that he was officially missing, that no one knew his whereabouts and that his band mates and family alike were appealing to him to return, I couldn’t help but fear the worst. Had he found his upper limit? Had the suffering become too much? Or had he simply chosen to take some time off, time to reflect and recover on his own? I do not know, and perhaps never will; my only hope is that just as his lyrics helped me to find a glimmer of light in my own darkness, that he will find some spark to light his way home and that this story does not end as yet another depression-fuelled tragedy.

The following line from “Nitrous Gas” has rolled through my head often today, perhaps as often as my own memories of 2013: “If happiness won’t live with me / I think I can live with that”. I hope Scott that this is true, and that even if happiness has decided to abandon you, living still remains your way forward, one breath, one step, and one sunrise at a time.

“As a family, we are utterly devastated with the tragic loss of our beloved Scott. Despite his disappearance, and the recent concerns over his mental health, we had all remained positive and hopeful that he would walk back through the door, having taken some time away to compose himself.

Scott, like many artists, wore his heart on his sleeve and that was evident in the lyrics of his music and the content of many of his social media posts.

He was passionate, articulate and charismatic, as well as being one of the funniest and kindest people we knew. Friends and family would all agree that he had a brilliant sense of humour and was a great person to be around.

In addition to his musical success, Scott was a wonderful son, brother, uncle and friend. Despite whatever else was going on in his life he always had time for those he cared for.

Depression is a horrendous illness that does not give you any alert or indication as to when it will take hold of you. Scott battled bravely with his own issues for many years and we are immensely proud of him for being so open with his struggles.

His willigness to discuss these matters in the public domain undoubtedly raised awareness of mental health issues and gave others confidence and belief to discuss their own issues.

To all of those who have come forward with such kind messages of support over the past couple of days, we wish to express our most sincerest of thanks.

We have been overwhelmed by the love that has been conveyed, not only to Scott, but to our family. It means the world to us.”

Addendum: Police discovered a body at a marina on the banks of the Firth of Forth late Thursday evening. The identity has been confirmed as being missing Frightened Rabbit singer Scott Hutchison.

Br. lives in southern Ontario, grew up on The Beatles and The Journeymen, spent his adolescence immersed in grunge, and his adulthood in British alternative. His greatest joy is seeing his son dance and grow into his own appreciation of the indescribable joy of music...
RELATED ARTICLES
edinburghfeaturesfrightened rabbit

SPILL FEATURE: A EULOGY FOR SCOTT HUTCHISON, A MAN I NEVER MET