SPILL FEATURE: I WISH I WAS A FISH, HIDING AWAY FROM ALL THIS NONSENSE – A CONVERSATION WITH TERRY DRAPER (EX-KLAATU) 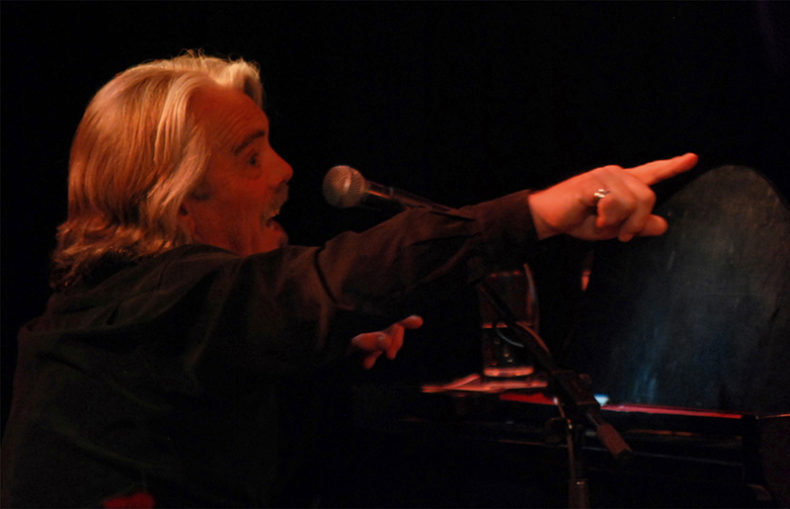 I WISH I WAS A FISH, HIDING AWAY FROM ALL THIS NONSENSE

In 1971, a Toronto band named Whitemail released their debut single, “Lonely Lover”. Two years later, two of the members of Whitemail would release the first record under the name of Klaatu (“Hanus of Uranus”). One of those two members was Terry Draper. He has been making music since 1971, and has very recently released a solo album, In My Garden, which amounts to his 15th solo album since Klaatu called it a day in 1982. In My Garden is also his first solo release on vinyl.

“I have been thinking about doing vinyl. It is a golden part of my youth,” says Draper, during our recent conversation. “Lining up at Sam The Record man to get the new Led Zeppelin or Moody Blues album the day it is released. Racing home with it, listening in total silence with your friends. The 12” by 12” artwork.

“In My Garden was an opportunity to put new songs out with loosely called ‘best of’. I just really wanted to do vinyl.”

The album sleeve is another stunning painting from the remarkably talented Ted Jones, who has been working with Draper for many years, both as a solo artist and Klaatu. “Ted Jones created brand new artwork for the album, his vision of The Garden of Eden.”

But for Draper, putting out a compilation, especially on vinyl, does not mean merely throwing some songs together for the sake of having them in one spot. He takes album creation and sequencing very seriously, and quite frankly, it shows.

“There is a limitation to vinyl, about 22 minutes per side. I picked songs that were shorter and would fit together. During the Klaatu days, we paid attention to the sequencing of albums. There is a science to creating a running order in vinyl. What follows what is very planned. It is totally different in CDs.” 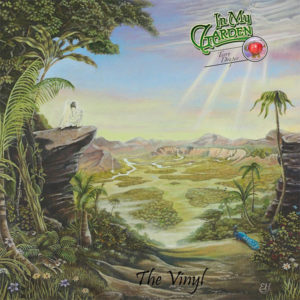 IN MY GARDEN ALBUM REVIEW

Draper has always been on the cutting edge of music. For example, he released three albums (Window On The World – The Lost ‘80s Tapes, Remarkable Women, and Once Upon A Memory) in 2018 as guitar shaped USB sticks.

“I was travelling to Australia to visit my son, and on the plane, my other son taught me Photoshop. I could design, add information, and put together booklets for my CDs. The USB stick allowed me to elaborate beyond the CD covers. There is tons of room. No limitations. I could put on background information, discuss the creative process, add some videos. It is very cool.”

Along with some classic Draper songs, he has included some new songs that fit nicely with his more familiar titles. A song such as “Fish”, which is one of the highlights of the album, is a wonderful, almost childlike song that is a lot deeper than first impressions indicate.

“‘Fish’ is a response to spending too much time being in America watching CNN. I thought, ‘I wish I was a fish, hiding away from all this nonsense’, and it just grew from there. I asked a friend, Dana Countryman, to play an English Horn or something, something quirky, so he sent me a trombone solo and it blew me away. It was way in the left field.”

Another new song is the classic sounding “Latitude Adjustment”. Again, Draper providing a positive message both to himself and his listeners. But it also comes from the fact that Draper is continually singing.

“I don’t like politicians,
anyone who wants the job, shouldn’t have it.
To me they are people who want the fan clubs
but are too lazy to learn guitar.”

“That song was written on the beach in Clearwater. I was sitting on the beach, humming away, and it just came to me. I am always singing, otherwise I would be talking to myself. But the inspiration for the lyrics is that I had come home for two weeks in the winter, and it was cold and miserable and the opening two lines came to “I can’t think of any other place, that I would rather not be/” and I went from there.”

Even though Draper loves singing, he is not a fan of listening to himself.

“I love singing but I hate playbacks. For me, the playback is always difficult. There is a Klaatu song where I hit a bum note and I cringe every time I hear it. I am not going to tell you the song, you will have to figure it out yourself.”

But do not think for one moment that this career retrospective is Draper’s exit signal. Not all, in fact he is getting set to release a new album in the fall.

“So far I have 25 songs that are 95% complete. I have to select the songs that will form the album, and this will be a CD-only release.”

One song on the album dates back to 1977, but sadly the meaning and the message is more relevant today than 42 years ago.

“I had written a song many many years ago, about Nixon, but never recorded it, never even demoed it. I wrote it for a different Republican. To be honest, I don’t like politicians, anyone who wants the job, shouldn’t have it. To me they are people who want the fan clubs but are too lazy to learn guitar.”

For Draper, it is keeping music fun, exciting, innovative and maintaining a relationship with his audience.

Born and raised in Whitby, Aaron discovered music through his love of The Beatles. This led to a career in radio, writing for various publications, and ultimately a radio show about The Beatles (Beatles Universe), which ran for over four years. When not immersed in music, Aaron enjoys spending time with the loves of his life -- his wife Andrea, and daughters Emily and Linda (all of whom have an intense love of music too).
RELATED ARTICLES
featuresfishin my garden