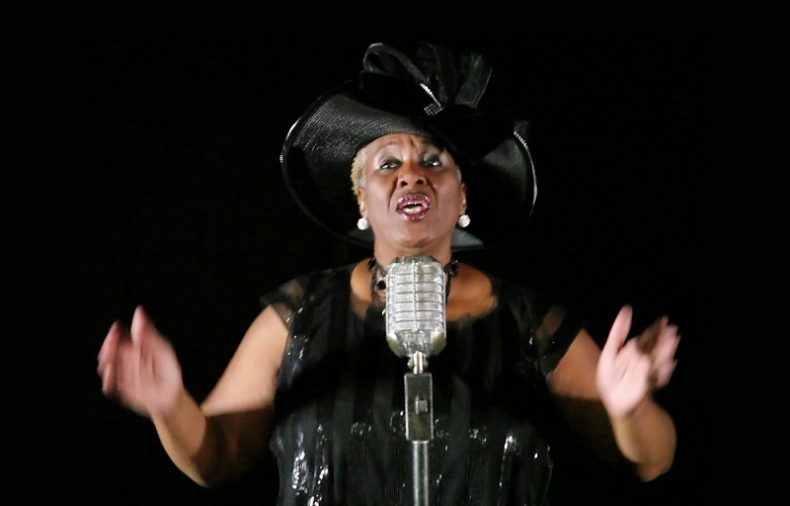 I RULED THE NEST

A CONVERSATION WITH SHIRLEY KING

Daughter of the legendary B.B. King, Shirley King has just released a testament to her own talent with her third album Blues for a King. It really is a wonderfully diverse collection, moving between surprising musical genres; shifting from between blues to rock ‘n’roll.  King recently opened up about a wide range of topics, from recording her new album, to her early life as a dancer, to her memories of her father and his legacy. It was a wonderfully engaging hour, and she is the most fascinating of people to listen to.

King, born in 1949, is a daughter of the American South, raised on a southern smallholding in a busy household where her duties included feeding ‘one seriously mean turkey, and I was told daily to get in there and feed him.’ But she was raised in the sort of community that is found in the countryside away from the violence of the city, and family was very important, with her Dad working hard to provide for the family. Although B.B. was often away, King has many happy memories of life with her stepsisters, and she was very much the built-in baby sister at that time with her roles being to study hard, look after the little ones, and gain the best grades.

One moment that King remembers clearly came after B.B. had bought a house in Memphis. He had been working as a Memphis DJ and had a rising celebrity factor in the regional blues scene. One day as King went into her kitchen, a ‘young white guy’, a trucker, was sitting there chatting with her father. This young man, a trucker for Crown Electric, was to become Elvis Presley. But at the time, King was thinking: ‘who’s that white guy?’ Not that many ‘white guys’ would come in the house, but Elvis knew B.B. through Ike Turner and they were good friends. King will never forget that day, but as a good southern girl she was asked to leave the room and let the men talk; ‘I was raised to be respectful.’

King believes that at heart Elvis was a gospel singer, ‘his whole thing was the black churches and he used black women as his background singers. I believe his whole world was black gospel and if he’d lived he would have turned to this music more and more.’

King herself remains in love with gospel, she remembers how much gospel music came from her mother’s side of the family, although her mother didn’t sing there was always gospel music in the home. Originally, she wanted to be either a gospel or R&B singer, ‘but of course we need the money and so I flipped to other music.’ For a while she notes that ‘I had a dislike of blues music until around 1967, as it took my Daddy away.’ 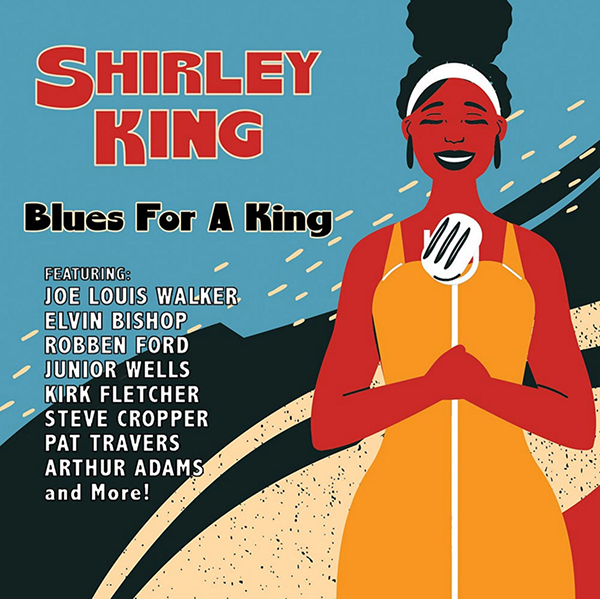 PURCHASE BLUES FOR A KING

Looking forward, King moved to Chicago and from 1969-1989 worked as a dancer in Chicago clubs. ‘I was a good dancer, classy, no drugs ever, but there were dangers and some really bad guys; but they were scared of me. No one messed with the daughter of B.B. King!’

It was in the Chicago night club scene that King returned to the blues and auditioned for a slot singing. ‘I was like this hungry puppy, as I didn’t want no day job! I auditioned with “Got My MoJo Working” (King did an amazing impromptu version of this) and this got her the job.

As the years went by, the title ‘Daughter Of The Blues’ became especially apt as Shirley King became the one family member doing the blues, she was increasingly the one in charge of the great legacy left by her father. This didn’t automatically make a career in singing easy, because she quickly noted that she was often judged because of who her father was. B.B. never wanted her to hang on his coattails and she didn’t tour with B.B. because he didn’t want her to, he wanted her to stand on her own two feet.

Many years later, Shirley King struck a deal with Cleopatra Records that saw her taken out of her comfort zone for her new album. The album was recorded with her in Chicago and her musicians elsewhere. ‘I never met them, they did it from my voice…’ And this is remarkable, as the result is a truly amazing synthesis of music and voice. The album contains a wonderful version of the Nina Simone classic “Feeling Good”, and King spoke about how she tried to make every song her own. ‘I can’t sing Nina like Nina – or like my Dad you know, I make it mine, I’m not her, or anyone else, I’m me.’ This is certainly true for the rocking “That’s Alright Mama,” originally recorded by Elvis back in 1954 at the start of his musical career. King felt that Cleopatra Records brought out the best in her: ‘with the type of songs, they showed that I can do anything. You know at the end of the day, you get paid and you do your best!’

For King, the great thing now is that ‘people are now talking to me about me, and I thank God for giving me this chance.’ She is finding her own feet, but is so proud of the giant shoulder she is standing on. ‘I wanted to be a good daughter, I respected my father and cheered for him and I was raised to be respectful, largely by my paternal grandfather.’

The blues have given her chances to represent her father and blues music internationally. She came to the 100 Club in London, and has been to Paris and so many world centres as an ambassador for the blues and for the legacy of B.B. King. As a leading member of blues music, King has had the opportunity to play with some of the leading musicians of our time, The Rolling Stones for one.

With a truly wonderful album now behind her, Shirley King has found her own space where people will talk to her about her music. In the coming year there’s much to look forward to, and King will be promoting the blues, looking to keep her father’s legacy safe, and avoiding the day job. Life is good, no mean turkeys to feed anymore and a lifetime of great memories to share.

The Spill Magazine is a Toronto-based online publication dedicated to covering the independent music scene with a strong focus on our thriving hometown talent. Our writers bring you up-to-date news, in-depth features on musicians and reviews for the latest CD releases. We also travel to the front lines for all local festivals including Canadian Music Week and North by Northeast. Don’t forget to check out our Facebook and Twitter pages for all daily Spill updates.
RELATED ARTICLES
b.b. kingfeatures