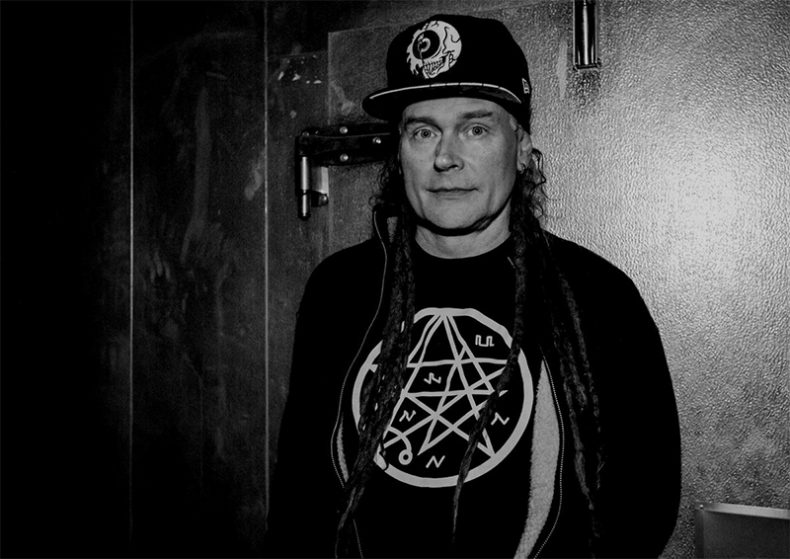 A CONVERSATION WITH cEvin Key

Kevin Crompton, or cEvin Key as he is known as in the music industry, released his latest solo work ent­­itled Xwayxway (anglicized as whoi whoi) in February of 2021.  Once the drummer of Canadian new wave group, Images in Vogue, and founding member of Skinny Puppy, Key wanted to use his new project to bring an awareness of the indigenous Salish peoples based in the area now known as Vancouver. The indigenous village Xwayxway was located in the famous Stanley Park in Key’s hometown of Vancouver, and he reflected that this area was, ‘a place I know my whole life but was never told the story of an ancient history that existed 3000 years in a place I felt spiritual vibrations and connections to…..the simple fact that Stanley Park sits on unceded land to this day is a little-known fact to settlers.’

Key adds, ‘When I first learned the story of Xwayxway it really shook me that we weren’t taught about this in school. The history basically rubbed out. I do feel it (the revelations of the residential schools) did raise awareness, but it’s made me more aware of how important it is to raise the voice of the Squamish, Tsleil-Waututh and Musqueam peoples. It’s their story to tell.’

What is Key’s story to tell? Tragedy, infighting and recent cancer treatment haven’t deterred Key’s love for creating music, a love that has lasted before Skinny Puppy’s first release in 1984.  Long gone are the days randomly plunking on keys of an organ. Key has had a long-standing interest in synthesizers, and these continue to be the basis for Key’s music creation.

‘Back in the beginning there was definitely a true go-to setup that was based around a Tr909 drum machine and a Pro One synth. Add a Lexicon Pcm41 in there for effects, and a spring reverb and you have the essentials for Skinny Puppy. Time has changed a lot but still approaches to music making can stay similar in that the UHE Pro 1 VST is actually just as cool as the original. The way we can work with DAWs these days is so many more options that we had back then with only a 4-track cassette machine! Though in some ways too many options are sometimes a problem. So try and limit the setup size and try and master those few things, adding in only when you can’t find a way. For instance. try making a whole song on a single instrument. It teaches you how to make an approach that is fun and inspiring.’ 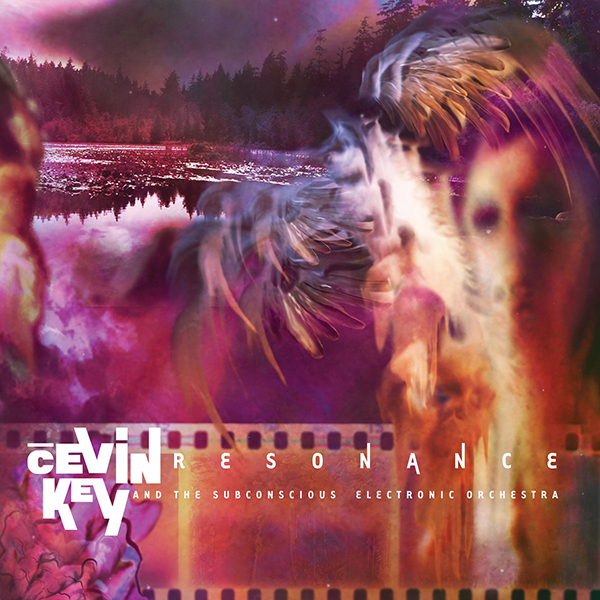 ‘Everybody whom I worked with on the album had their own role in the final Subconscious orchestra concept. Originally, I start off with a jam day, either on my own or with Dre Robinson. I’ll lay down stuff and have fun. We label each track with a number, and then later I’ll go back and reference to see if anything strikes me. I love happy accidents or feelings like something kind of flukey is happening, so I’ll often delve in and compose around something irregular or unusual. Over time, the songs build up, and I keep going back, and will move songs into a work folder if they continue to intrigue. At this point on the album I’ve sent stems to Guilherme Pires in Brazil or Omar in Georgia and see what comes back. This I’ll often reintegrate into the track, or in Omar’s case give it to him to add to and also mix it. For me I’ve really loved reconnecting with Greg Reely whom I worked with in the past on Too Dark Park, mixing Tormentor, Shore Lined Poison and a few other classics. So that has been a breath of fresh air, and I think we linked on how the album should sound overall. I worked with Greg on 7 of the mixes, Omar on one and the rest I did at subconscious. Working with Traz Damji was a gas, first time since I love to ride the Shinkansen. Our single Tomahawk came out Feb 5, and that is dedicated to our love of Electro. Loved working with Otto Von Schirach.  I’d really like to work more with this collection of minds. No issues just good fun!  Huge respect working with Chris Corner, Edward KaSpel who oddly share the same birthday and are both sweethearts. Soriah I’ve just tapped the surface of that. So it’s very exciting. Feels like a new group!

“I’ve still continued writing for what would be all of the projects I work with because on any given day I have no idea where the song will head. Could be a song I start with any sort of intention can still become anything. Before It was good to have Phil Western just add something to a song and instantly it would become one of our projects. Sometimes it’s more mellow or picturesque and that is Edward’s land. Being friends with Chris Corner I mostly have never made music with him. but sent him a couple of ideas for fun and he really blew me away with what he sent back. I’m sure that I have ideas suitable for Skinny Puppy in my folders. Lately the world has become a place where we had to get inside our own world. So this was a perfect opportunity for Resonance. I felt a strong connection with aking a personal statement this year.

Looking back over his long music career, Key has enjoyed his collaboration with others but states that ‘I’d change the period where we signed to American recordings, and had the big chat from them about “what we should do “. I would have never listened to them and gone ahead with our same old system with Dave Rave at Mushroom. I see that as a time where a mistake was made. I’d change that for sure. It’s the classic case of record company, managers, and anything else that could come in and fuck up what we had already had, all semi-balanced out as much as we could. Things were really starting to get crazy though, and so it didn’t surprise me that it happened. I’ve often spoken about this.

But in the meantime, Key is making the most of a dire situation, “I take each day as it comes. I don’t just make music. Other things are also very much my focus with family, pets, and even my goals before I started making music, are starting to come back into my mind. So we’ll see what happens. I’m really enjoying making synthesizer modules with my partner in Subconscious Communications. The new one, BRAP Sy1, is years in the making. It’s as rewarding as music when it’s finished. Getting finished is more challenging. Also, I made a soft vinyl toy from a sculpture I made while recovering from cancer surgery. Basal is his name, and he is an anti-cancer totem. That has been a whole other world of learning. Completely different set of people but still working on vinyl as a final result. Has been incredibly inspiring to learn the process of making a toy and then going into manufacturing. So I’m not sure what my next goal will be… I always said when I get older I’d like to move to Japan. but music will always be there.’

An educator who also tries to introduce others to great music. It's a never ending job.
RELATED ARTICLES
!bang elektronikaanger is an acidartoffact
10