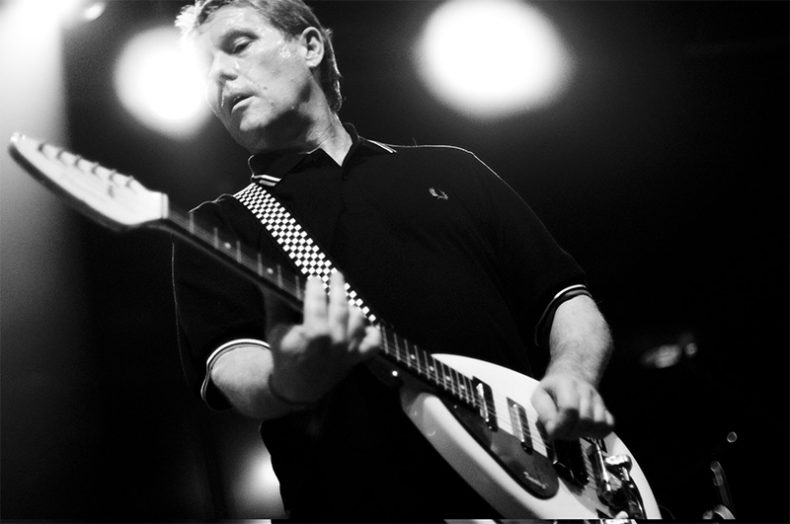 A CONVERSATION WITH DAVE WAKELING OF THE ENGLISH BEAT

“I was close to being a Canadian,” says Dave Wakeling during our recent conversation. “My Granddad, after World War One, wanted to be a Mountie. So he applied, but he was too short. He went to the gym and stretched himself, and actually did gain an extra half an inch or so, but he was still too short, so he waited for World War Two. I ended up being born in Birmingham.”

One wonders what impact  Mr. David Wakeling would have had in the music world had he been born in Canada. When The Beat formed in Birmingham, England in 1978 the U.K was just coming out of the original punk scene, and for many life had not improved much. Because of that fact, many socio-political bands formed. The (English) Beat was such a band. For the record, they were known as The English Beat in North America, and The British Beat in Australia due to the existence of bands with the same name in the respective countries. Wakeling is using the name “The English Beat, starring Dave Wakeling”.

The first album from The (English) Beat, I Just Can’t Stop It, was released in 1980 and was a top three album in the U.K. Jam-packed with Jamaican inspired music and very political lyrics (“Stand Down Margaret”), the album helped define the ska genre. But there is other music fused in there beyond reggae and pop. Jazz, rock and folk all found their way into their sound. By 1983 the original band disbanded. Wakeling, along with fellow Beat member, Ranking Roger formed General Public, while others went on to Fine Young Cannibals and Special Beat. 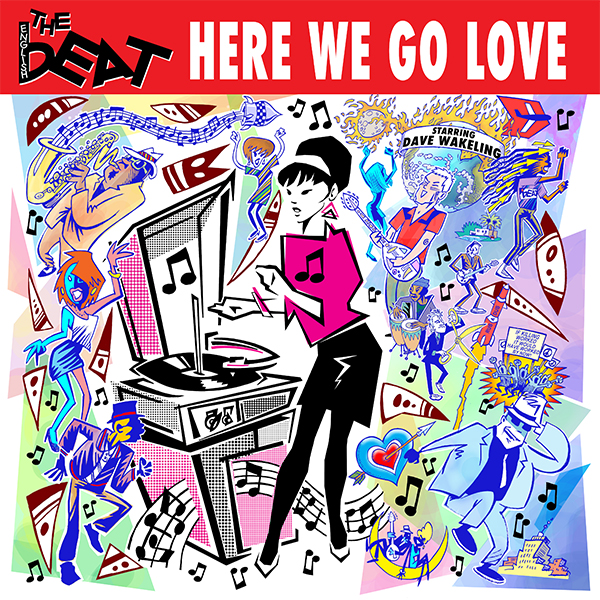 Now, Wakeling is back with The English Beat name and added starring Dave Wakeling, and his first album with that name is Here You Go Love. This is the first ‘Beat’ album to feature Wakeling in over 30 years.

“The title of the album? I first heard that when I was young in Birmingham. You know the shopkeepers and the guys in the markets would sell to mostly women, housewives, during the day. And as they gave them their parcel, it was ‘here you go love’. But it is also something a husband might say to his wife. I heard this fantastic speech in The Young Ones, where they talk about love as a noun and it being enigmatic. It was also the last song written for the album.”

Wakeling initially did not have definite plans to record an album. “This album took a while took a while to record. Actually it took just the right amount of time. We were touring, a few years back, and I threw in some new songs in the set, you know, make the band scared. People began asking where they could get the songs. The album started that way, recording the songs people wanted.

“We recorded it in NRG Studios in L.A.. The guy who owns the studio has this great ‘60’s and ‘70’s gear plus all the latest computer applications. So the album was mixed on computer, but recorded through old gear. The owner of the studio, Jay Baumgardner heard the songs and wanted to mix it. It sounds amazing.”

The timing of the record seems perfect for Wakeling as well. “It has been a blessing, this album. I went into the studio with the intention of it being a Beat album, and it has gone particularly well. And now, spring is coming into summer, and there are all these shenanigans going on around the world. Honestly, it is uncanny how much today is like the late ‘70’s. You know, are we going to have a war with Russia? It is the usual fear, which forces us to react and we are not always at our best, but that is social commentary. I always have to remember, I am on a stage not a soap box.” 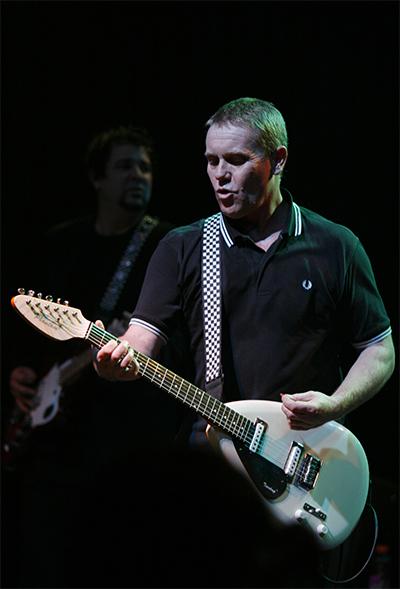 The new album, Here You Go Love by The English Beat starring Dave Wakeling, will be released on Wakeling’s own independent label. “That was not done by design. When we first thought about making an album we did go to the labels. But they wanted the rights and to not really pay much money. The labels were not a viable idea, so we turned the album into a Pledge Music campaign to raise the funds.

“The album is really a labour of love. We thought of giving the listener ten tracks, but we ended up with a baker’s dozen. The whole session flowed nicely and we have this album. But maybe albums are not the way of the world these days, with the Spotify mentality.”

Wakeling made the move from his native U.K. to California, a few years ago. But that does not keep him from maintaining his political stances and opinions. “I moved to America, where there is nobody placed at the top, you know, a God appointed King or Queen to keep everyone in their places. But there seems to be a lot of anger in the world. I keep track of the U.K., and there was a by-election recently, only 36% voted, that means 64% felt they had nothing to or no one to vote for, so I guess you get the government you deserve. But then again, things like the internet can assist with social activism. I do feel sorry for young people, with the world that has been left to them and I embarrassed by my generation. But you have to remember, it is only too late if you give up.”

Wakeling has never been shy with his opinions The English Beat and General Public all tackled social issues, and he is doing it again on the new Beat album, Here You Go Love. Listen to the songs “How Can You Stand There” and “If Killing Worked”.

Through it all Wakeling has been doing what he does best. Expressing himself in his music and lyrics. That has not changed. And his history in and out of The Beat is quite astounding and earned him a rightful place in the history of rock/ska. He has been through it all and the new album is a continuation of a well respected career. It is a career that he has never taken for granted.

“I have been approached to write a book but the publishers want the dirt, you know ‘tell me some dirty secrets about somebody else’. There is not enough money for me to do my friends in.  I am not interested in that. But I am really pleased to have some of my songs as part of the soundtrack of society. Truthfully I feel honoured and humbled to have been part of The Beat and continue with music. It took a lot of magic and luck. It was never by design.”

Born and raised in Whitby, Aaron discovered music through his love of The Beatles. This led to a career in radio, writing for various publications, and ultimately a radio show about The Beatles (Beatles Universe), which ran for over four years. When not immersed in music, Aaron enjoys spending time with the loves of his life -- his wife Andrea, and daughters Emily and Linda (all of whom have an intense love of music too).
RELATED ARTICLES
dave wakelingfeatureshere we go love
8.0