SPILL FEATURE: HEAR ME OUT – A CONVERSATION WITH JORDAN COOK OF REIGNWOLF

Features
231
previous article
SPILL FEATURE: CONFESSIONAL, INTIMATE & PERSONAL - A CONVERSATION WITH GARY DALY (CHINA CRISIS)
next article
SPILL FEATURE: MUSIC GROWING UP WAS A SHARED EXPERIENCE, I THINK WE’RE TRYING TO GET BACK TO THAT - A LOOK INTO TRAVIS, WORKING AS A BAND, AND THE STATE OF MUSIC WITH GUITARIST ANDY DUNLOP 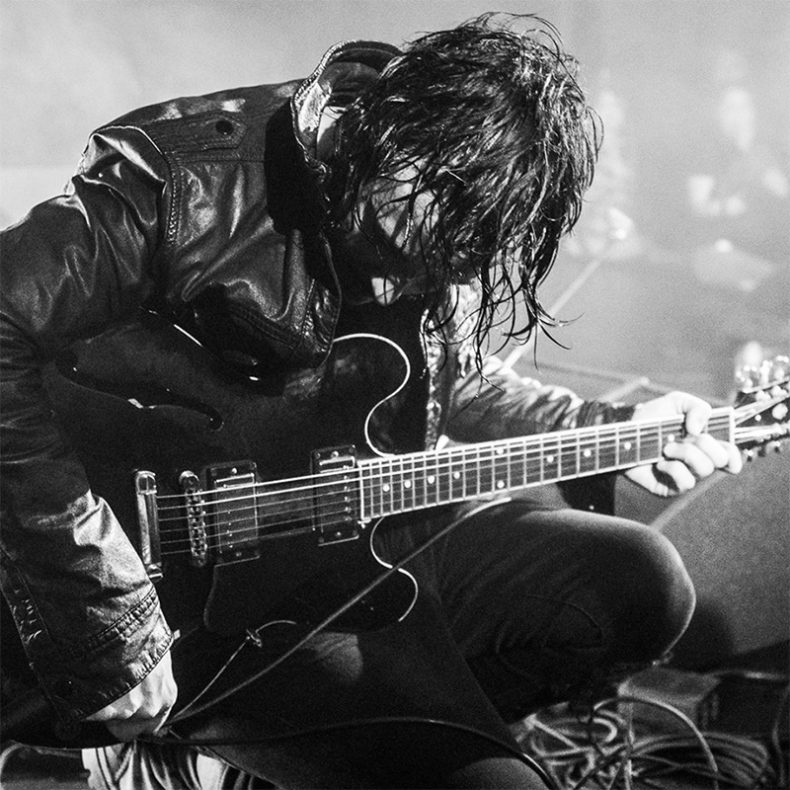 A CONVERSATION WITH JORDAN COOK OF REIGNWOLF

Even before the release of his first full-length record, success shone upon Jordan Cook, who has experienced good fortune that most rock ‘n’ roll players can only dream of. After redefining himself as a solo rock act called Reignwolf, Jordan Cook moved to Seattle, Washington and quickly found himself in a rock and roll dream.

After a small run of independently-printed seven-inch records featuring “Are You Satisfied?” and “In The Dark,” Reignwolf’s full-length album has been long-anticipated. “It was one of those things where it just fell into place, so we ran with it,” says Cook. “It feels great. An album doesn’t mean the same thing these days but to the actual artist… damn, it feels good to put out new music and to have new music on stage. It’s really exciting to be playing new music and actually have people mouthing the words. I noticed that at SXSW.”

For Hear Me Out,Cook enlisted veteran producer Tony Hoffer who has worked with many legendary artists on records – like Midnight Vultures, Cook’s favourite Beck album. “Basically, we were looking for someone to mix the record in a hell of a hurry,” says Cook. “We had already booked a tour, and we were looking to get this thing out and do it. Tony Hoffer heard some songs and was into it. We got him to do a mix, the first thing he did was “Black and Red.” Cook said he even liked the song’s original rough mix.” 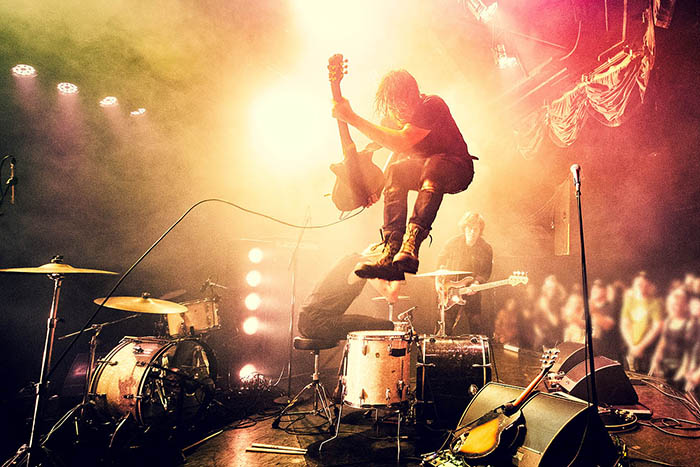 While recording at Ani DiFranco’s house in New Orleans, Cook received an offer that he will never forget. Wearing a Black Sabbath t-shirt while recording “In the Dark” in the studio, Cook was asked by his manager if he would like to go on tour with Black Sabbath. Cook thought he was joking only to find out that Black Sabbath had asked for Reignwolf specifically as tour support.

“At the first show, Geezer Butler was on the side of the stage watching us and I was thinking, ‘That’s one of my favourite bass players, of course we’re going to burn it onstage…’” Ozzy Osbourne hung out with Reignwolf in their dressing room during the first show, and treated the band with kindness and respect. When Black Sabbath’s final tour played Saskatoon, Osbourne himself offered Reignwolf a longer set for the hometown show meaning Cook’s first visit home was in support of the godfathers of metal.

Reignwolf’s run of good luck has continued past Black Sabbath’s final tour. Since relocating to Seattle, Cook found himself running into some of his greatest rock ‘n’ roll heroes. “Seattle to me is everything you want it to be,” says Cook. 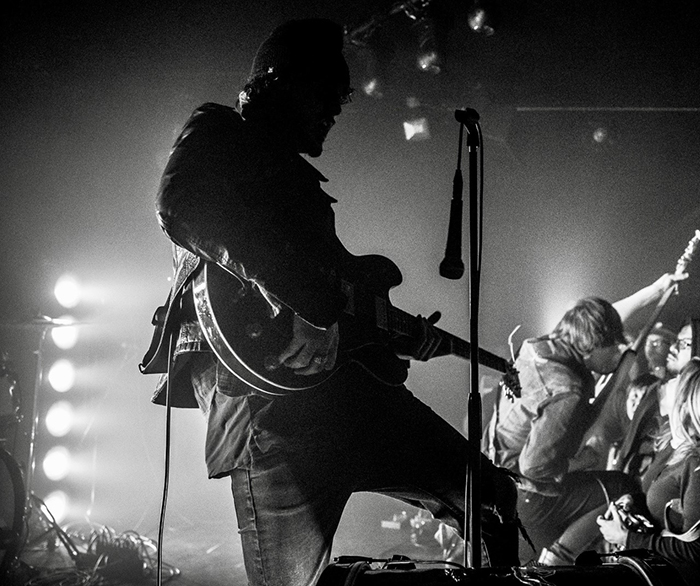 Hanging out with the grunge crowd has opened more than a few doors for Reignwolf: “The thing that Seattle has, that many places don’t, is that the community really gets behind each other. The fact that Pearl Jam let me go and use their studio right away, during one of their sessions… Matt Cameron was just like, ‘Hey man, come over.’ We owe a lot to the Seattle Community.”

Out of sheer good fortune, Cook has had the chance to both meet and work with some of his favourite musicians. “You dream of running into the Soundgarden crew, or any of the Pearl Jam guys, or Alice in Chains. I was lucky – I got to meet all of those guys within the first few weeks of being in Seattle.Easy Street Records just put up a mural of the cover of this Hear Me Out album. It’s between Mother Love Bone and a Chris Cornell album. These are two amazing artists and it’s unbelievable for me to be associated with them… with the community behind us.” When asked what was different about the attitude of the Seattle scene, Cook was quick to answer that “everybody is in everybody’s corner,” adding, “I don’t see that in a lot of places.To feel that…. it pushed us to get out and tour and do all of these things when we got an opportunity.”

With a steady schedule of performances lined up, Reignwolf are looking to be heard out all summer.

The Spill Magazine is a Toronto-based online publication dedicated to covering the independent music scene with a strong focus on our thriving hometown talent. Our writers bring you up-to-date news, in-depth features on musicians and reviews for the latest CD releases. We also travel to the front lines for all local festivals including Canadian Music Week and North by Northeast. Don’t forget to check out our Facebook and Twitter pages for all daily Spill updates.
RELATED ARTICLES
featureshear me out