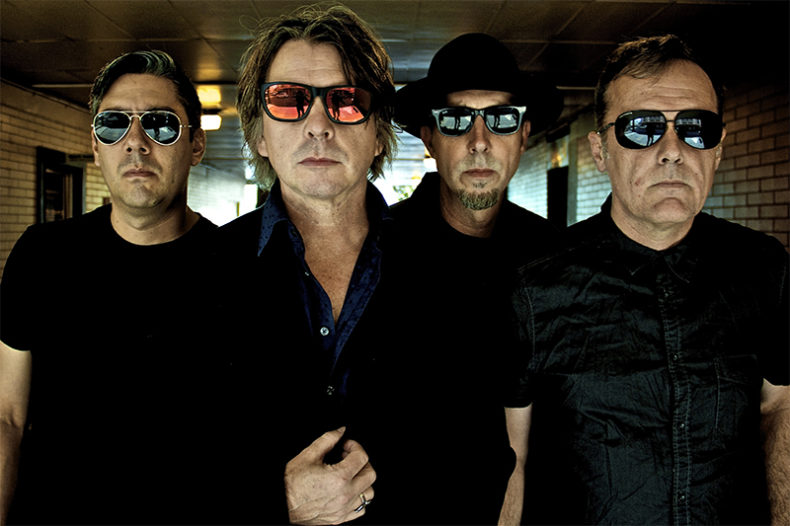 HEADING TOWARDS A MUSICAL RENAISSANCE

AN INTERVIEW WITH BRAD MERRITT OF 54-40

Canadian Music Week is just getting started, and what could be more spectacular than two live performances by the Canadian music legends 54-40? Well, getting the chance to talk to 54-40’s Brad Merritt is pretty up there.

Known for their hit singles “Ocean Pearl” and “Since When,” amongst many others, 54-40 has been a key figure in the Canadian music scene since 1981. And to honour their contributions to Canadian musical culture, the band will be inducted into the Hall of Fames at both The 17th Annual Independent Music Awards (The INDIES) and the Canadian Music and Broadcast Industry Awards. 54-40 will also be performing at both awards shows, with The INDIES on Wednesday, April 19, 2017 at the Phoenix Concert Centre, and the Canadian Music and Broadcast Industry Awards on Thursday, April 20 at the Sheraton Centre. Both awards shows are part of the 2017 Canadian Music Week in Toronto.

About the induction in the hall of fames Merrit said, “We’re honoured on both accounts … it means that you’re of a certain age, so you can be a bit wistful about that. … We don’t spend a lot of time reflecting on our history. But we have sat down and talked about what we are going to say. But we are more concerned about what’s next.”

When asked about what is next for 54-40, Merritt said, “Right now we’ve just recorded a brand new record. … It’s sequenced, it’s mastered, we are working on artwork, and the promo stuff and publicity shots, and trying to get a video together. … We have a song that’s been in our set for a year called “Keep on Walking” and that’s going to be the first single. … It should be out around the time we are in Toronto for the hall of fame presentations.” 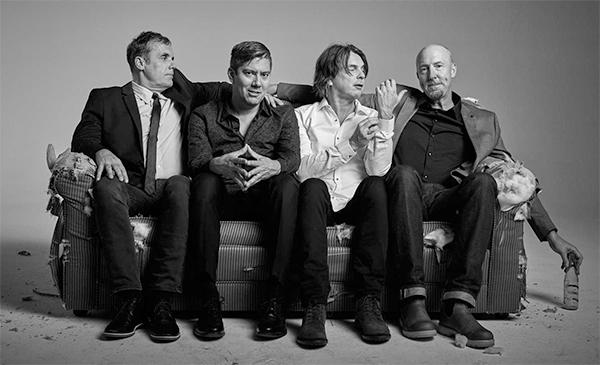 “We have a body of work that we thought warranted another look,” Merritt said, “more attention, a little love, sort of a little thought, and we treated it as an opportunity … something to have fun with.”

Merritt explained that listening to and happily interacting with 54-40’s fans is something that has kept them going since the band’s founding over 35 years ago, and it’s something that has only been made easier with social media. “Before people had so much access to us we always came at what we did from the perspective of a fan,” Merritt said. “It’s a humbling thing. … We’ve always had opportunities to meet with people from whether it be in store record signings back in the day or to, what ever it is, talking to people on the street. And so I think it reinforces what you do and why you do it.”

“I don’t think people have ever been more interested in music,” Merritt explained “and there are so many playlists and filters and opportunities to fine tune your interest in music, and to explore other stuff that you wouldn’t get to otherwise. So, I think that we are heading towards a musical renaissance, not just in this country but around the world.”

Music has always been a big part of Samantha’s life. Whether it was singing with a choir, reading music and playing instruments, or staying up well into the wee morning hours just to listen to the international music program on the radio, for Samantha music was as essential as breathing. One day, Samantha noticed that writing, her other obsession, always seemed to flow alongside music, and the two elements of Samantha’s life co-mingled for years. While at university, Samantha discovered that her passions could be put to use, and she embarked on the path of a music journalist. To date she has written many music reviews, news posts, and interviews and so far her work has appeared in The Voice Magazine, The Scene Magazine, and The Spill Magazine, as well as on her own website.
RELATED ARTICLES
54-40brad merrittcanadian music week