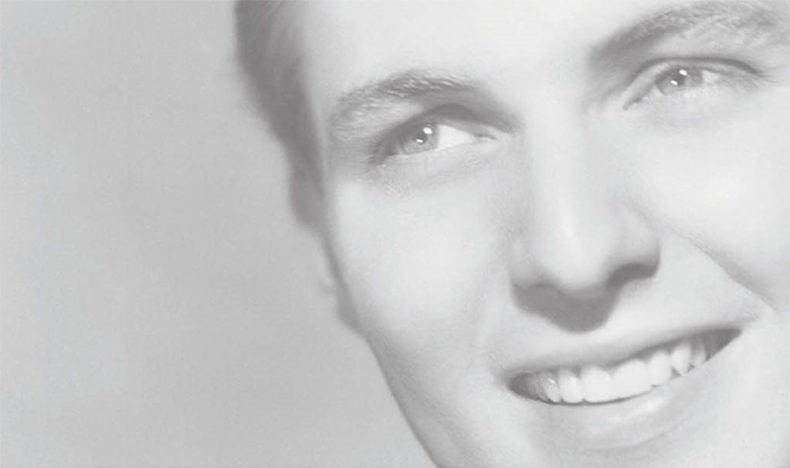 A CONVERSATION WITH BILLY VERA

“People have been bugging me for years, then I finally found an angle, just tell like it is” says Billy Vera on his autobiography, Billy Vera: Harlem to Hollywood (Backbeat Books).  “I just want to get across that this business ain’t all tinsel and glitter.  I never really made the big time, but I kept working at a business I love”.

Grammy award winner Billy Vera is being remarkably modest.  He has made ‘the big time’ and has maintained a career dating back to 1962.  He has had a number of singles and albums chart during his career, but he has also written  and produced hits for others and he is a musical archivist who is responsible for some of the finest reissues and box sets over the past 30 years.  So, yes, he has made ‘the big time’.

The book, Billy Vera: Harlem to Hollywood, while a very honest account of his life, both personal and public, this is not a ‘sex and drugs and rock’n’roll book’.

“A gentleman doesn’t tell tales out of school.  What is there to brag about?  This is not a ‘tell all book.  Some of the girls I was with in the 80’s are in their 50’s now, with families, they don’t need that coming out, unless they talk about it first.  Then, well…”

And Billy prides himself on the accuracy of the book.

“When I moved to L.A. in 1979 I kept all of my date books, every appointment, everything I did, so when I came to write the book, I pulled them out.  Pre L.A., the dates may not be exactly accurate, the information is.”

When one reads the book, Billy’s sense of humour comes through.

“I came from the old school of show business.  I was born in 1944, and the guys who came before me, the older guys I was seeing when I was a kid, would just get up and sing.  You now, forget your audience.  But that was not for me.  For me I think you have to relate to  your audience, let them get to know you.  If they like you, then they will support you  Then there were these great bands who were funny, like The Coasters, really funny guys.  So, I learned how to be funny.  As a musician, the bonus is if the jokes are bombing, I have an escape hatch, just go into a song.”

Although he is known as a songwriter, he has proven to be a brilliant writer in other arenas.

“I have written a lot liner notes for many artists, and I also write for a magazine out of England called Blues and Rhythm.  I had to hone that craft, writing.  So I read a lot, and learned.”

Writing an autobiography is a different skill, as Billy learned when he went to write Billy Vera: Harlem to Hollywood.

“I had to find my voice, that voice.  This is why I waited so long to write this.  How much do you leave out?  What does the audience want to read about?  And it is a lot of learning about myself, which I did when I began seeing a therapist.  Not to get too, you know whatever, but I realized when writing this book that I have had my ups and downs and nothing is going to stop me.  Like my accounant t ripping me off…I am still here.  It is like the Jerry Butler song, ‘Only The Strong Survive”.

And Billy knows Jerry Butler and he knows Jerry’s music.  Billy Vera knows music, he is also a collector.

“I am not a hoarder, but I have all my 45’s in one bedroom and my L.P.’s fill another bedroom”  It is that collection and knowledge of music that has allowed Billy to carve out other areas in the business he loves.

What’s next for Mr. Vera?

“I am still gigging with The Beaters, and the Big Band, and there will be a documentary coming out.  The guy directing it has won awards (award winning documentarian Alan Swyer) and we are hoping to get into festivals.  I am really happy with it, and some of my old friends, and people I worked with over the years graciously gave their time.  Dion wrote something really nice about the book, but it came too late to add to the back cover, so I think it will open the movie.  We approached Dolly Parton (Bill wrote Dolly’s number one hit single, “I Really Got The Feeling”) about saying a few words.  She went into her own facilities and recorded material for the film, a genuine superstar.”

“I admire Dolly and I have my heroes.  I was fortunate I got to play with my heroes and learn from them.  Here is what i learned, Every giant I have ever met have heroes.  Only the mediocre ones don’t.”

Billy Vera: Harlem to Hollywood is a brilliant book, one that Billy Vera should be very proud.  Although he has had his number ones (“At This Moment”) and other successes, this is a book and an accomplishment that Mr. Vera should be very proud.   For the record, he is one hell of a nice guy.  I could have kept him for hours, talking music, books, and ll areas of life.  He is a, to use his own words, “a genuine superstar” and a genuine guy.   I for one look forward to the next chapters in Billy’s life.

Born and raised in Whitby, Aaron discovered music through his love of The Beatles. This led to a career in radio, writing for various publications, and ultimately a radio show about The Beatles (Beatles Universe), which ran for over four years. When not immersed in music, Aaron enjoys spending time with the loves of his life -- his wife Andrea, and daughters Emily and Linda (all of whom have an intense love of music too).
RELATED ARTICLES
at this momentbackbeat booksbilly vera