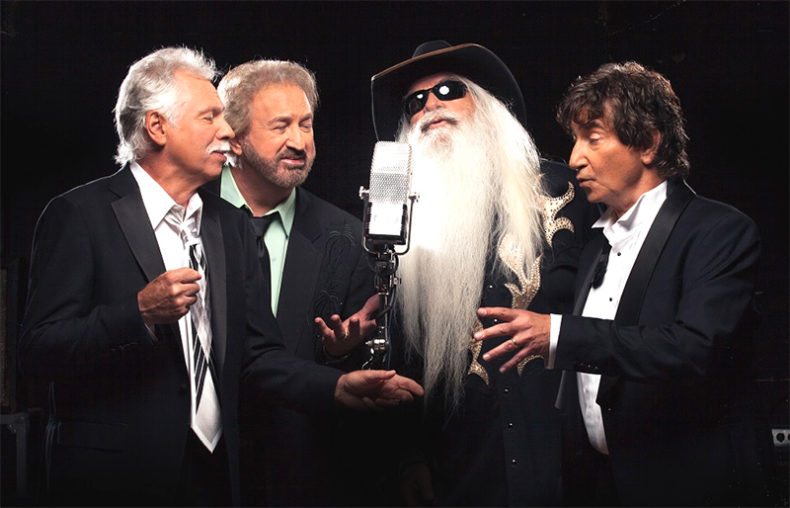 AN INTERVIEW WITH JOE BONSALL OF THE OAK RIDGE BOYS

In 2018 they are releasing a new studio album, 17th Avenue Revival, an album of inspirational songs recorded at RCA Studio A in Nashville.

‘What we did at the classic RCA Studio A was uplifting and it felt like a light shining. A revival, so that is why the album is a revival,’ says Joe Bonsall during our recent conversation. ‘It is not gospel, but based in gospel.’

For this album, The Oak Ridge Boys recorded in the classic RCA Studio A ‘where Elvis and Chet Atkins produced all those hits.’ 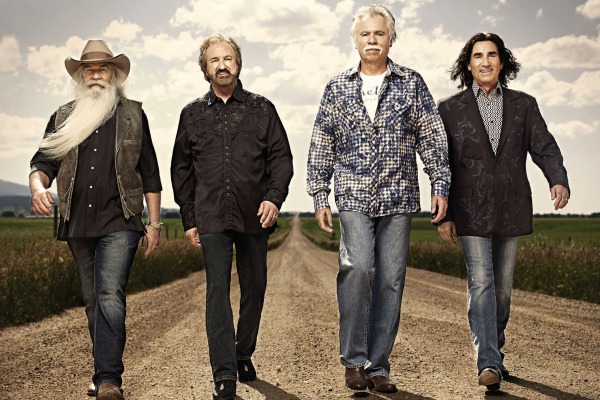 ‘We met Dave through Shooter Jennings (2007’s The Wolf), and he began working with us in 2009 with our album The Boys Are Back. He said let’s go into the studio and do something you haven’t done before. You know, like the Elvis and Jerry Lee days, we wanted to capture that spirit. Dave is a music historian. And you know there is something magic about that old studio. Remember those old rock and roll records were based in gospel and blues or rhythm and blues,’ says Bonsall.

‘The album takes us out of comfort zone. Actually, we have never really had a comfort zone. I mean, why not try different things. That is one of the keys to our longevity: not being pigeonholed. For this new album it is retro, referring back to the old rock and roll records, without sounding entirely retro. Kind of fresh retro,’ laughs Bonsall.

A lot of the songs for the album were a result of a couple of tours.

‘In the middle of our last Christmas tour, we do this rocking chair segment. And we began to incorporate different songs in this segment that took us away from Christmas songs. One of the songs we started performing was “Brand New Star,” and the response was incredible. Eventually we added three more songs that are on our new album. People were going crazy during our shows, so we thought we are onto something here. And really, the album is a continuation of the Shine The Light Tour, which features gospel songs. But again, for this album, we have addressed the songs differently.’ 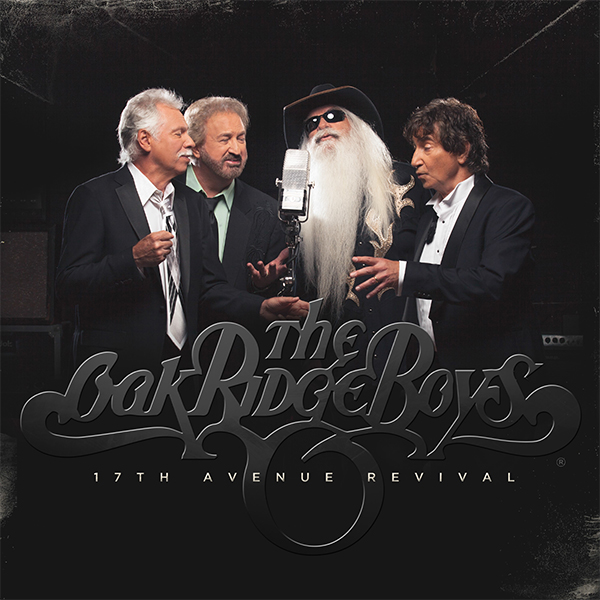 ‘We are not commercial; we know that we are not going to be played on radio, country or otherwise, these days. They are playing 18-year-old kids and that’s OK. We have been there and done that. It’s the ways things are. But we still get excited when we are doing new projects and each new tour. We have booked our current tour until 2019. We are a hard-working group. I mean, we love touring, but it takes work.’

Bonsall continues, ‘But we are always looking at ways of doing things better. We draw energy from creativity, which is why this new album has a different feel. But really, there is no stopping. The only time you will hear that ‘Joe’s not on the bus tonight’ is because I am dead in the hotel,’ he laughs.

So for the time being, The Oak Ridge Boys are back on the road, the album is out in March, and they have a new accomplishment under their belt. But I was still fascinated with the fact that they recorded in the legendary RCA Studio A.

‘You know, they say it’s haunted,’ says Bonsall. ‘We were working with a young engineer who swore that she was working alone one night mixing down tapes and she looked up and saw a bright light move across the studio. She said it looked like Chet Atkins. If anyone is going to haunt that studio, it would be Chet. He practically lived there for decades producing all those great artists.’

Another great group of singers has now left their mark in the legendary studio. The Oak Ridge Boys have every right to be proud of the work they have done with Cobb in that studio. 17th Avenue Revival is a brilliant album and one to be enjoyed for the ages.

Born and raised in Whitby, Aaron discovered music through his love of The Beatles. This led to a career in radio, writing for various publications, and ultimately a radio show about The Beatles (Beatles Universe), which ran for over four years. When not immersed in music, Aaron enjoys spending time with the loves of his life -- his wife Andrea, and daughters Emily and Linda (all of whom have an intense love of music too).
RELATED ARTICLES
17th avenue revivalbrand new stardave cobb
9.0