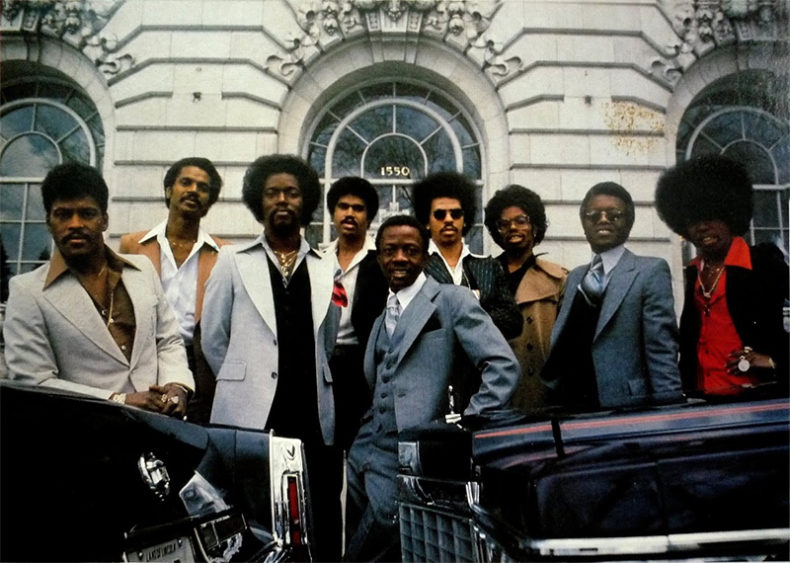 THE FUNK IS BACK

A CONVERSATION WITH JAMES ‘DIAMOND’ WILLIAMS OF THE OHIO PLAYERS

After missing two of my calls, I was beginning to think that my chat with the drummer from The Ohio Players, James ‘Diamond’ Williams, would have to be rescheduled.  That is, until my phone rang. “Hello, this is Diamond from The Ohio Players. Did someone call from this number?”.  This was easily the coolest opening to a phone call that I have taken part in.  It’s not every day that you get to speak to one of your heroes and Diamond was very humbled upon hearing that.  The funky drummer and leader of The Ohio Players – a band best known for their string of hits throughout the 1970’s (often referred to as the Mercury Records era) including “Fire”, “Love Rollercoaster”, “Skin Tight”, and “Honey”, among others – and I chatted about the groups history and their dramatic return to music with the recent release of “Reset”, their first new track in twenty-nine years. 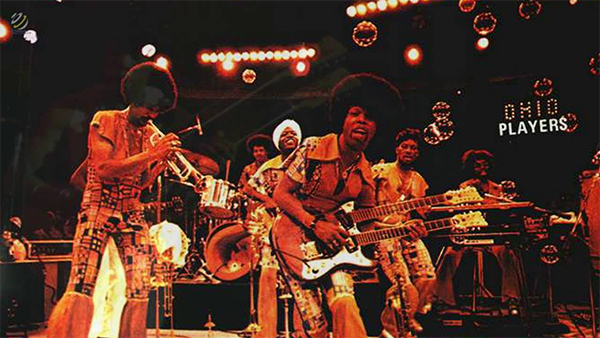 “Reset”, released on October 12th via KES Records, is like opening a time capsule from 1975.  Similar to their hit “Fopp”- a song that would later be covered by Soundgarden in 1988, a unique rendition that Diamond praises for its experimental flair- the song opens with a fiery guitar solo and the sound of crisp horns overtop of a fat groove that somehow feels both heavy and light as air all at once.  As Diamond put it, “the song is an Ohio Players song”.  There is no mistaking this; “Reset”, in every regard, is a song that has that signature Ohio Players feel, so much so, that my initial impression was that this was a lost gem from the 70’s.  This was intentional as the group consciously channeled a classic vibe in a way that makes “Reset” a modern period piece that looks back and perfectly exemplifies the 1970’s.  To put it simply, Diamond states “there is no band in the world playing Ohio Players music better than The Ohio Players”.  On the surface, the song humorously looks at an attractive woman who looks so good that it’s like she hit the rest button to thirty years prior.  More subtly, however, and echoing the George Clinton sentiment of “free your mind and your ass will follow” – “oh and your ass will follow” Diamond says through laughter as I make that comparison- the song calls for a political and social reset across the United States, “this is a period for reset… There is a lot of confusion around the country. Let’s have a discussion, let’s compromise, there needs to be truth.  Let’s hit the reset”. 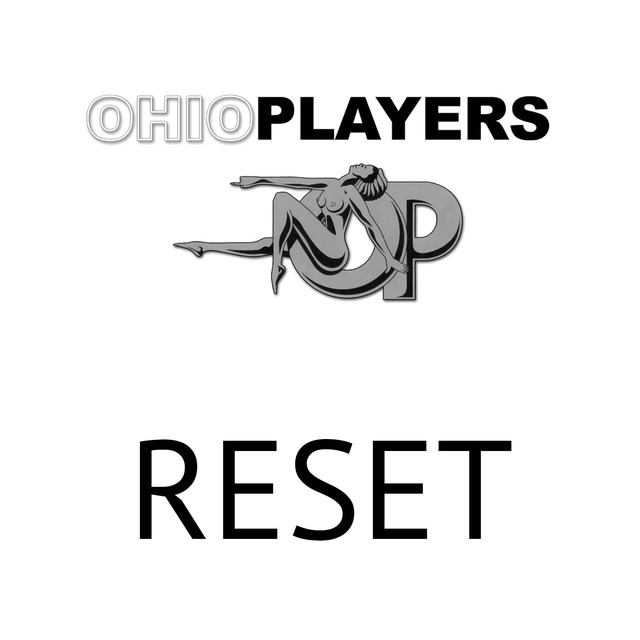 Where “Reset” is such an incredible track that serves as the perfect reintroduction for the band in the modern world, it is exciting to hear that the single is the first of many more to come as the band will be putting out a full length album – their first since 1988’s Back – hopefully by next summer.  Diamond talks about “We Can Work It Out”, a song that will likely be released as their follow up single to “Reset”, describing it as a song about “coming to the table with compassion, understanding, and truth and knowing that in every situation there must be some give and take, but the main point is to come willing” and calls it a very exciting song.  While some of funk and R&B’s most prolific figures- Berry Gordy, James Brown, and Marvin Gaye- have all taken their own steps towards social justice, Diamond quotes Gaye as one of the Ohio Players influences on reset, “as Marvin Gaye did on What’s Going On, this is going to be a Whats Going On record for the Ohio Players”.  What’s Going On is a classic record that confronted segregation through the eyes of an African-American veteran returning home from Vietnam and was as socially progressive as it was musically brilliant.  If such a combination doesn’t get you excited for the new Ohio Players record, then I simply don’t know what would. 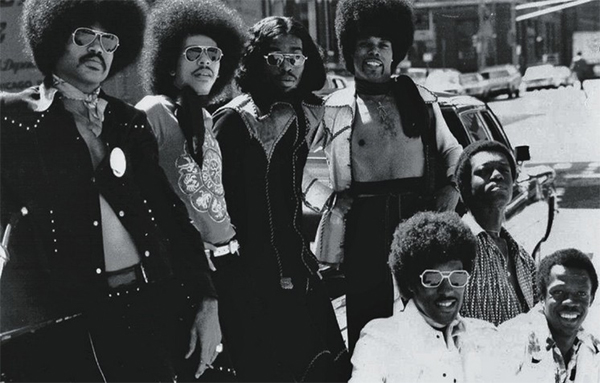 One of the lines that stands out from “Reset” reads “Somebody lied when they said the funk had died” but as Diamond says, “We’re still here and we can still write and play great music”.  Unknown to many, but The Ohio Players in some ways have become a staple to North American music with their work being sampled by some of hip-hop’s most revered artists, including Dr. Dre, The Beastie Boys, Outkast, Snoop Dogg, 2Pac, and Public Enemy among many more, and their hit “Love Rollercoaster” was also covered by none other than rock’s greatest funk band, The Red Hot Chili Peppers.  Even in their absence of recording music, The Ohio Players have had an incredible presence in popular music.  Furthermore, Diamond praises Brian Culbertson, Trombone Shorty, and the Chili Peppers for their interpretations of funk, but one of his favourite artists is Bruno Mars, who Diamond would like for the Ohio Players to open for him in an “old-school meets new-school” styled tour. “Shout out to Bruno. He’s got a lot of talent, the band has a lot of energy and I would love to work with him”.

While it’s been nearly thirty years since the world has had new music from The Ohio Players, the group remains busy touring across America.  2017 has proved to be a successful year in this manner with the band performing across the nation at a number of county fairs, festivals, and a string of sold out casino shows, as well as a set at the Hollywood Bowl. The eleven piece band features four original members:  Diamond on the drums, Billy Beck on the keyboards, Clarence ‘Chet’ Willis on guitar, and Robert Jones ‘Kuumba’ on percussion, and also features bassist Darwin Dortch, keyboardist Odeen Mays, guitarist Edward Rick Ward, trombonist Johnny Cotton, guitarist Chris Bowman, trumpet player Kenneth Anderson, and sax player Michael Turner. If “Reset” is any indication, not only is the band bound to put on quite a show, but they clearly are refusing to slow down as they gear up for what is easily the biggest comeback that both funk and classic R&B have ever seen.  “Reset” will leave long-time fans beyond excited for what The Ohio Players have in store for the future while also serving as a perfect entry point for a new generation of listeners to get hooked on the infectious grooves, bombastic vocals, and explosive nature of the extensive back catalogue from one of the greatest funk outfits of the 1970’s who have hit their own reset button as they enter their latest highpoint of their illustrious career, leaving no doubt that the funk is most certainly back!

A passion for music has always been a part of Gerrod’s life. As a young boy, he was raised on a steady diet of the music from The Chili Peppers, Aerosmith, The Stones, Prince, and others from his mum. Raised in the GTA, Gerrod continued to foster his love for music by attending a wide range of concerts and learning the drums. His unapologetic passion for music has no bounds and has spread to a wide variety of styles, whether it be the 90’s rock that sound tracked his teenage years, the jazz he studied in university, or his newfound love for hip-hop. He recently received his bachelors in music and education from York University and is passionate about writing and reviewing good (and less than good) music. Gerrod is also the drummer and songwriter for a Toronto based rock & roll band, One In The Chamber.
RELATED ARTICLES
featuresfire