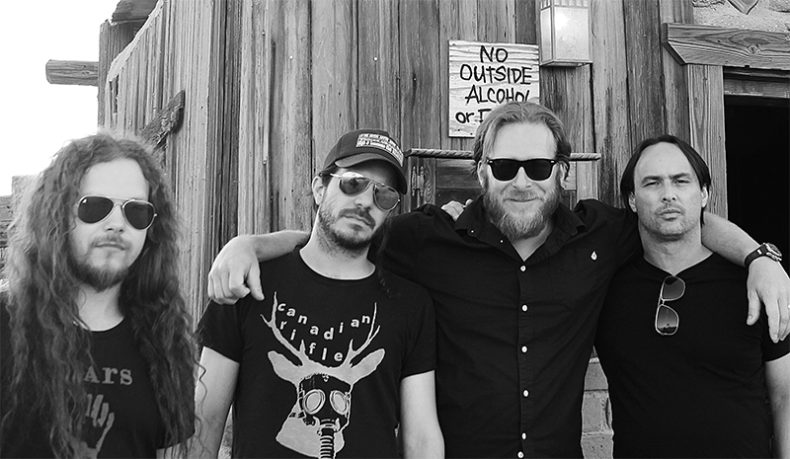 FOUR ON THE FLOOR STONER ROCK

AN INTERVIEW WITH ANDRE SKINNER OF SLOW DEATH LIGHTS

“Although our 2015 EP was a good showcase of our sound, it didn’t capture our full vision and songwriting ability of the band simply due to time and budget constraints in the studio”, says Andre Skinner, lyricist, vocalist and drummer for Slow Death Lights. Their debut is one hell of an introduction.

“Yeah, we are proud of it, two songs were recorded in California by producer Brant Bjork (Kyuss) and the rest was produced by me in our home studio.” Andre should be very proud of this album, it has a strong consistent sound throughout and he has done an admirable job reproducing their sound to recording. “Initially the stuff I produced sounded a bit more digital and less warm, so over two mastering sessions we matched the Cali sounds to my production just right. I remember when Watermill was presented to us as a rough mix it sounded pretty dirty, and I was asked if I wanted edits or addition mixing and I said NO, just leave it. That song was recorded live off the floor. It sounds how it should sound.”

The album is rock, pure and simple. The band may call themselves ‘stoner rock’, but to my ears, they just play pure rock. The four piece band consists of Andre, Eric Allward (guitars); Devin Legge (guitars) and Luke Stackhouse on bass. All players are experienced musicians who have played with other bands in the Toronto and area scene.

“Our first jam session was in December 2012, and then it became more consistent in 2013, when we started recording demos. Three guys just clicking really quickly. Soon after we invited Devin to a rehearsal and it was perfect.” The current line-up has been together for three years. 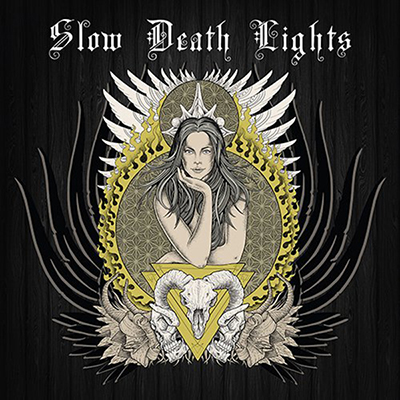 “Our influences vary, for production, I admire Daniel Lanois, he is a big reverb geek, like me. In terms of playing, you know we are influenced by Kyuss, Queens of the Stone Age, Sabbath, Electric Wizard, Fu Manchu and some newer ‘Stoner Rock’.

So, it must have been exciting to have Brant Bjork produce two songs for the album.

“Eric has been friends with Brant for years going back to the Kyuss Lives days and he asked him if would work with us. He brought us down to The Joshua Tree, and we recorded. The two songs are on the album Brant was a lot of fun, and we recorded live off the floor. The other thing about the recording is that we did not use any click tracks. Just 1 – 2 – 3 go! On “Velvet Rags” I speed a little during the song, but we left it.”

The band captures the live feel on the album, and for a debut album, it is very self assured. This band knows what they want to do and they do it. Although a hit album would be nice, this is not on their collective minds. And at this stage, their style of rock is not often recognized on commercial radio.

Andre was very clear with me, “the reception the band gets is great, when people hear us. But getting exposure is brutal, the market is tough. Some stations have picked up on the first single and we are just trying to get as many gigs as possible in Downtown Toronto.”

“The message of the band? We like to rock, hard! Four on the floor, when you see us live, rewind the clock. We like to rock. Really the message for me,” Andre continues, “is to do your own thing, in life, everywhere. I have worked in many places trying to live up to someone else’s vision, but you have to do your own thing. Always take the long way, and stick to your guns.”

All of that and more can be found when you listen to the debut album from Slow Death Lights (the album is called Slow Death Lights). Although Andre favours WAV format for sound, the album is available on CD and vinyl on their own Hyperintelligence Records, distributed by CD Baby.

The album release show is scheduled for July 6, at the Rivoli in Toronto.

Born and raised in Whitby, Aaron discovered music through his love of The Beatles. This led to a career in radio, writing for various publications, and ultimately a radio show about The Beatles (Beatles Universe), which ran for over four years. When not immersed in music, Aaron enjoys spending time with the loves of his life -- his wife Andrea, and daughters Emily and Linda (all of whom have an intense love of music too).
RELATED ARTICLES
featuresslow death lights