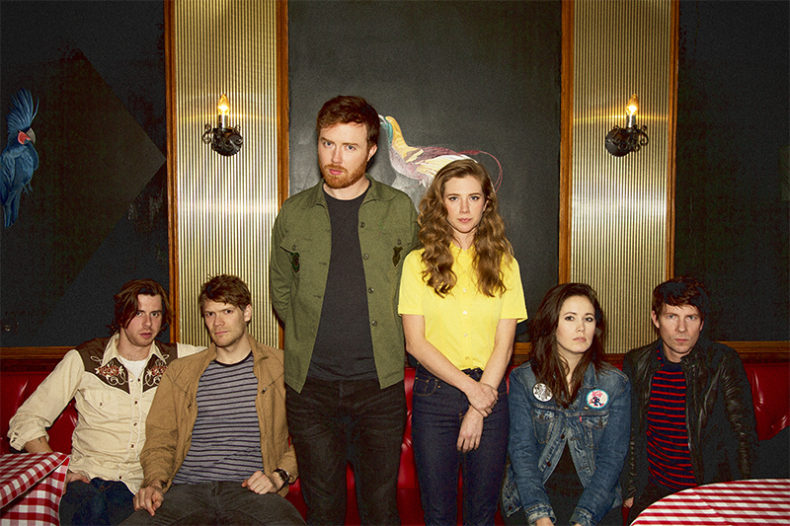 FALLING IN LOVE AT THE END OF THE WORLD

AN INTERVIEW WITH MATTHEW ANGUS OF FAST ROMANTICS

Recording an album is a lot like falling in love. It’s a long and sometimes messy affair, and often what you wanted at the start isn’t what you end up with. It’s a process Matthew Angus, lead singer and primary songwriter of Fast Romantics, knows all too well.

“Going into the album I thought I was going to write some love songs…that’s when we started travelling, when the election happened everything started to get really political.” This transition from love to politics is easily felt in the debut single “This is Why We Fight.” It’s not an overtly political call to arms, for the casual listener it’s a catchy rock tune with a chorus begging to be sung along to. Dig a little deeper and the song conjures up images of class struggle and the dangers of nationalism gone amok. It’s as if Angus is a man fighting against a world he doesn’t understand.

“It’s not like I went out to write a bunch of political songs,” Angus recalls of the writing process, “It’s the story of love in the context of the world right now. And the world is pretty fucked up.” As political as things can get on American Love Matthew still considers the album’s core theme to be about navigating romance in an uncertain present. Angus is hesitant to even call the album a political album. “There’s a lot of political imagery in it, but that doesn’t mean it’s a political song. I found it satisfying to use political or patriotic images in ways that I think are romantic.” While writing the lyrics Angus uses this imagery to give the songs some context, a world of their own to live in. “It’s funny who when you write songs, over the years their meanings can change. Even for the person writing them.” 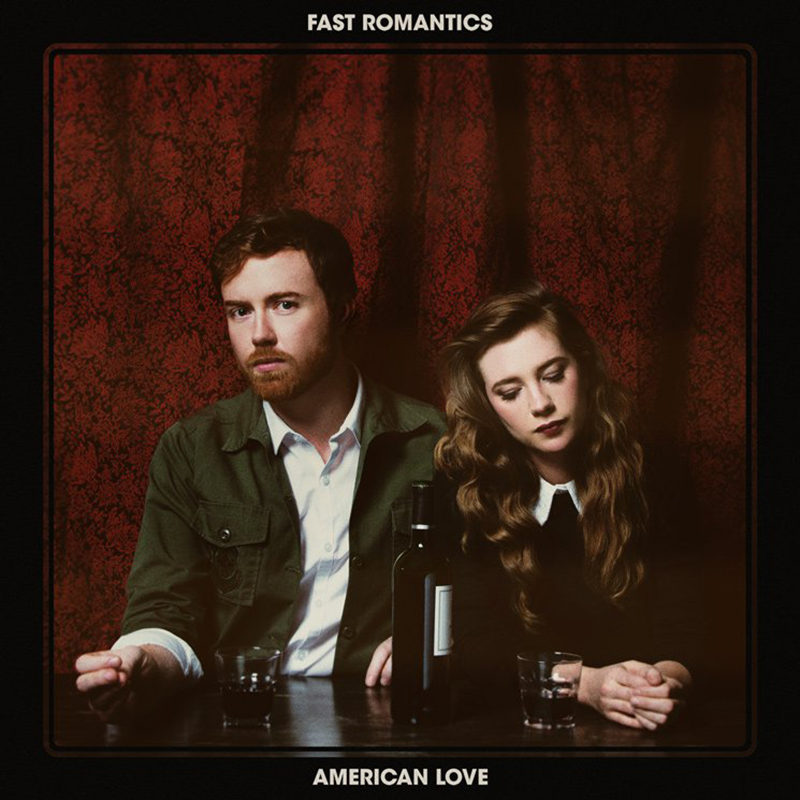 Politics, dating apps, social media, all play an integral part in how we find each other and what our perception of love is. “Part of it is about that experience of falling in love and not being sure what it means to fall in love anymore.”  The question of what love means in the 21st century fascinated Angus, who himself had just entered a new relationship while writing the album. “The title American Love is kind of a question. We’re told about this ideal fairy tale love, by American movies and music…and now we have social media which is largely an American invention.” Angus says of the album, “American Love is sort of this blanket concept of is that real love? Or is it just some kind of cheap love?”

Personal relationships weren’t the only kind of relationships Angus was building in the early stages of writing. American Love marks the first full-length release of the latest line up of Fast Romantics. The new line-up released the single critically acclaimed single “Julia” in 2016 and has been together for roughly two years. It was put together after the release of 2012’s Funeral Song. Angus couldn’t be happier with his new band mates. “For so long we just kept changing members so much, people expected it.” Matt goes on “now it’s been 2 years steady with the line up, we’re all pretty much family.” Angus attributes this new line up to helping Fast Romantics find their footing as a band.  American Love doesn’t represent an entirely new direction for the group, but it’s definitely a different beast than Funeral Song.

Finding love in the 21st century isn’t easy. With everything else going on in the world today, the idea of finding someone can at times feel daunting and impossible. Matt Angus and the Fast Romantics know that all to well. But it is during these dark and confusing times that love is most important. American Love won’t save the world from itself, but it’ll sure make it feel less like the end of it.

Photographer by choice, writer by necessity. Since moving to Toronto in 2011 Morgan has become an active member of Toronto’s music scene. On any given night he can be found at various venues with his camera in hand. There’s nothing he loves more than exploring all the venues this wonderful city has to offer, discovering new bands and genres along the way.
RELATED ARTICLES
american lovefast romanticsfeatures