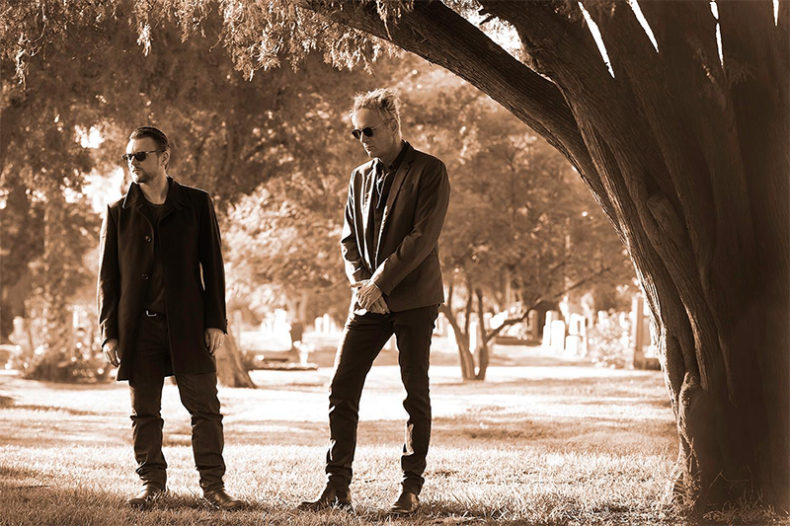 AN INTERVIEW WITH BILL LEEB OF DELERIUM

I still remember the night I first heard Delerium’s “Silence (ft. Sarah McLachlan).” It was a snowy evening and I was in the car with my parents and sister. We were returning home after a day spent Christmas shopping in the city an hour away from our country home. I remember begging them to turn up the radio so that I could listen to the amazing blending of sounds bursting from the speakers, a song unlike anything I had ever heard before. McLachlan’s voice sent chills through my body, the piano made my heart race, and the steady electronic beats moved me. It felt like I had found a secret magic woven into elaborate melodies and mesmerizing beats.

Since then, I have sought out their albums, delving into each album as soon as I could buy it, listening to it over and over again, completely enthralled by the music. Every time I hit play, there was that magic again, that music that could only be described as angelic.

So when I was given the opportunity to speak to Bill Leeb of Delerium, I couldn’t resist a peek behind the curtain. I couldn’t resist learning how they made these magical sounds, and getting to know the minds behind Delerium a little bit better. 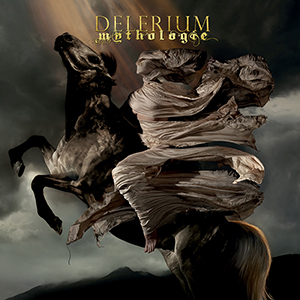 First, I was curious about how such an epic sounding album like Mythologie was created. “…This album took the longest to make out of all of them,” Leeb starts. “It took about two years in total … part of that too is because … we had more people involved in this one.” Leeb mentions that a lot of travel was involved while working on this album, particularly travelling between the studios in Vancouver and L.A. so they could work with the vocalists Phidel Ng, Mimi Page, Jael, and Jes. In essence, the album was an incredible collaborative work that Leeb said was like a “love fest … really positive and beautiful.”

However, what struck me the most was when Leeb mentioned how he and Rhys Fulber worked with the vocalists in the past.

“…We would write the music and send the songs to the singers,” Leeb said. “We’ve gone through all of these different stages because at the very beginning … we were just trying to figure out how to put collages of music together that were ambient, that were interesting. Computers were just starting to come out and so by the time Karma came along, computers were a lot better already. … We just kind of evolved.”

When I asked him about the background nature track in “Angel” on Mythologie, something that seemed rather new and experimental for them, Leeb said, “We thought that it [the song] sounded so ethereal that it should have some birds in it, so I told Rhys ‘Let’s find some recordings of birds, to throw in there, and see if it would work.’ And when we heard it, we liked it!

The other thing that struck me was that Leeb mentioned how they allowed the vocalists to come up with their own lyrics to the electronic tracks, how they encouraged them to be inspired by what they heard and to write lyrics based on that.

“That’s how it’s always been,” Leeb said. “Like in the past, like with “Silence” I gave the song to Sarah and I had no idea what she was going to come back with. … You’re kinda blown away because you have no idea how somebody else will interpret your music. I found that really exciting to hand it out there, and then you get it back, and then when the singer sings on it, it changes the whole feel of the song.” However, Leeb went on to mention that Mythologie was special in that they were all in the studio together at the same time, collaborating on the songs as they went. Leeb said that this ability to work together in real time “helped the album in its own way too.”

Overall, Leeb expressed his desire to create an ethereal album that flowed continuously from one track to the other. With Mythologie, Leeb wanted to create an album that people could put on and just relax to.

Mythologie is definitely a special album, one that really sets the bar for electronic ambient music. And with almost three decades of music magic creation, it seems that Delerium is far from done, and I couldn’t be more excited to see what’s next for them.

Music has always been a big part of Samantha’s life. Whether it was singing with a choir, reading music and playing instruments, or staying up well into the wee morning hours just to listen to the international music program on the radio, for Samantha music was as essential as breathing. One day, Samantha noticed that writing, her other obsession, always seemed to flow alongside music, and the two elements of Samantha’s life co-mingled for years. While at university, Samantha discovered that her passions could be put to use, and she embarked on the path of a music journalist. To date she has written many music reviews, news posts, and interviews and so far her work has appeared in The Voice Magazine, The Scene Magazine, and The Spill Magazine, as well as on her own website.
RELATED ARTICLES
bill leebdeleriumfeatures
8.0

by SPILL NEW MUSIC on April 10, 2017
BLACK NEEDLE NOISE w/ BILL LEEB – “A SHIVER OF WANT” A Spill Exclusive Music Premiere I love it when two creative forces, otherwise known for their [...]
8.0