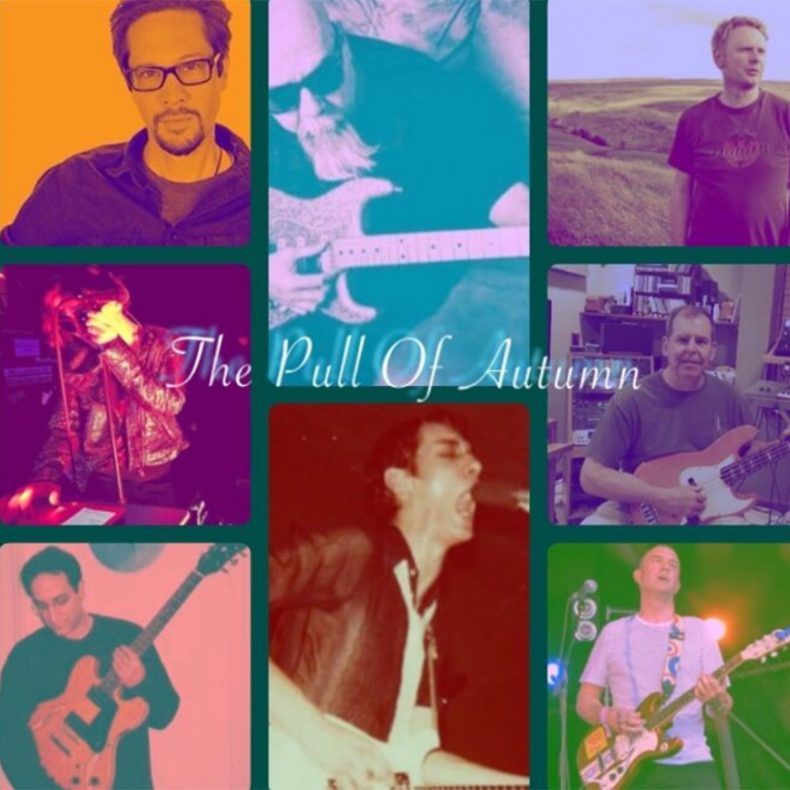 A CONVERSATION WITH DANIEL DARROW OF THE PULL OF AUTUMN

The Pull Of Autumn is a collective of artists, pulled together by Daniel Darrow and Luke ‘Skyscraper’ James. In 2018, they released their self-titled debut album, an album that was so near perfect it seemed unthinkable that they could better, or even match it, but they have. Their second album, Afterglow, is with us now and it is a time to pause, listen, and reflect.

I had the opportunity to talk with Darrow recently, who is a remarkably pleasant, kind, and true gentleman. He was willing to discuss the new album, the band, and many other topics. Afterglow is a very apt title for the album, and like everything associated with The Pull Of Autumn, nothing is random or left to chance. The title is a fitting description of the record inside the sleeve.

“The title Afterglow really is about the mood and feeling of the music,” says Darrow. “We see this music as a reflection of different times and experiences we’ve had collectively as artists. Hopefully it also speaks to the music on that level. There is a sound representing several decades of music.”

As there was with their debut album, there is a theme to Afterglow. One wouldn’t necessarily call it a concept album, but there is a musical and lyrical theme throughout. Ultimately, it is up to the listener to get from the album what they will, but Darrow does have hopes that the intended theme reaches the audience.

“The theme of Afterglow to me personally is to embrace change,” he explains. “Be it good or bad. I hope the music connects to people in different ways, as a gift from fellow travelers who embrace the outside versions of music and sound.”

When Darrow speaks of the sound representing decades of music, it indicates the amount of experience found on this album. Artists from many different bands, even different genres, contribute. Darrow has assembled an incredible cast of artists for this album to form a very cohesive sound. “The core of this project is Luke and myself,” Darrow says. “Luke is a hero to me, from his time in the UK band Fashion. We click on every level and we have at least 20 or more songs in the can.” 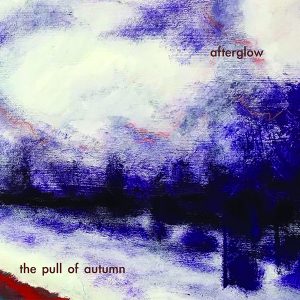 For Afterglow, Darrow and James got a little help from their friends, and Darrow is very quick to shine the spotlight on these friends and musicians he admires: “Jeanne Batting is a fantastic vocalist. She is the kind of singer who comes into the studio and kills it on the first take. Her tune “Injure the Swallow” is great. Mina Hunt is a singer and songwriter from Austria, who lives in London. Her track on the album, “Distance,” is so great!”

Darrow further explains, “Bruce Macleod, who wrote the fantastic “Laurasong” from the first album, does an amazing cover of Moby Grape’s “Sitting By The Window.” Bruce is a fantastic musician who was in Johanna’s House of Glamour with my late wife Laura and myself. Stewart Anderson is from Boyracer and track “Crack The Red” is great.Fred Abongs song “Equinox” is one of my favourites. Fred really is brilliant. He’s one part Elliot Smith, with elements of Tim Buckley, Tim Hardin, and Pavement all in one. Seasurfer is a German shoegaze band, and their singer Apolonia heard “Laurasong” from the first album… and out of the blue wrote this incredible tune, “Hallow,” about seeing Laura again on another level.”

That’s a lot of artists contributing to a single vision from Darrow and James. “Afterglow was really a labour of love,” says Darrow. “It really was great fun working with all the musicians on board. As I worked on every track, it was great to discover each musician’s approach… from recording techniques to songwriting style.”

Darrow approached the second album by utilizing lessons learned from the experience of writing and recording the first album. He says it’s important to “have surprises in the music. Hopefully there is an element of things you wouldn’t expect in the tunes. One other thing I learned from the first was the importance of the sequence of the songs… The flow of one tune going into the next. I spent hours playing the tunes in different order to get the flow correct.”

“Luke ‘Skyscraper’ James and I just click so well we just recorded on a continuous basis,” continues Darrow. “Really, we have recorded so many great tunes it came down to picking the ones that represent the feel we wanted for the album. The only rule we stick to is not to be tied down by genres. We both listen to and enjoy artists on every end of the spectrum. Really having fun with every musician onboard was the biggest goal.”

As it was with the debut LP, the album art is beautiful and reflects the splendor within. “James Johnston – from Gallon Drunk, PJ Harvey, and Nick Cave and the Bad Seeds – did both the first album’s and Afterglow’s covers. The second cover painting,Parliament Hill, represents a juxtaposition from the first album cover. The darker theme on the first album with the figure represents, to me, change. On the cover of Afterglow the figure is embracing the light… the afterglow.”

Born and raised in Whitby, Aaron discovered music through his love of The Beatles. This led to a career in radio, writing for various publications, and ultimately a radio show about The Beatles (Beatles Universe), which ran for over four years. When not immersed in music, Aaron enjoys spending time with the loves of his life -- his wife Andrea, and daughters Emily and Linda (all of whom have an intense love of music too).
RELATED ARTICLES
afterglowfeatureslaurasong

by SPILL NEW MUSIC on September 10, 2020
THE SEA AT MIDNIGHT – “AFTERGLOW” A SPILL EXCLUSIVE MUSIC PREMIERE Drawing from the best postpunk vibe the City of Angels has to offer, we are pleased to premiere [...]
9.0