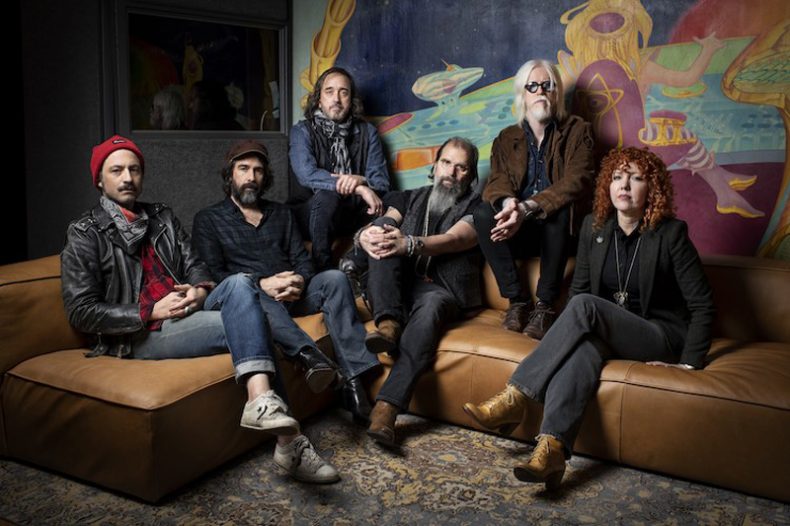 DEVIL PUT THE COAL IN THE GROUND

“When you make art for a living and someone doesn’t like it, it is their opinion, but it’s impossible not to take it personally because it does mean they don’t like you.” ~Steve Earle

Having successfully faced an extensive list of challenging times and barriers in his lifetime, one can assume that Earle is stRong enough to adapt to almost anything, including current changes in the music industry. 20 albums in, Earle is just taking it in his stride, and using the time to actually work on several new projects even as he is  promoting his most recent solo album. He has been writing songs for a theatre project as well as two different television shows, and has started up a YouTube series titled “Guitar Town”, which he describes as  “just basically guitar nerd stuff”. Additionally, as one of Earle’s sons is on the  autism spectrum, he has traditionally held a yearly benefit concert in support of his son’s school. However,  he plans to  replace this with on online fundraising campaign this year. Life it seems is anything but quiet for Steve Earle at the present time.

Steve Earle’s most recent project is his latest album, Ghosts Of West Virginia. Interestingly, seven of the 10 songs were written for a play called Coal Country, which was written by Jessica Blank and Eric Jensen, that Earle has been involved with from the beginning. They had originally been involved in a project titled The Exonerated, about death row exonerees that Earle had personally known for years. The pair then decided to do a piece about West Virginia’s 2010 Upper Big Branch Mine Disaster, one of the worst mining disasters in American history, where 29 miners perished. They felt that Earle’s music would lend itself nicely to that the story. At some point during the four year process, it was decided that he would make a record that extrapolated into a full 10 cuts for an album. 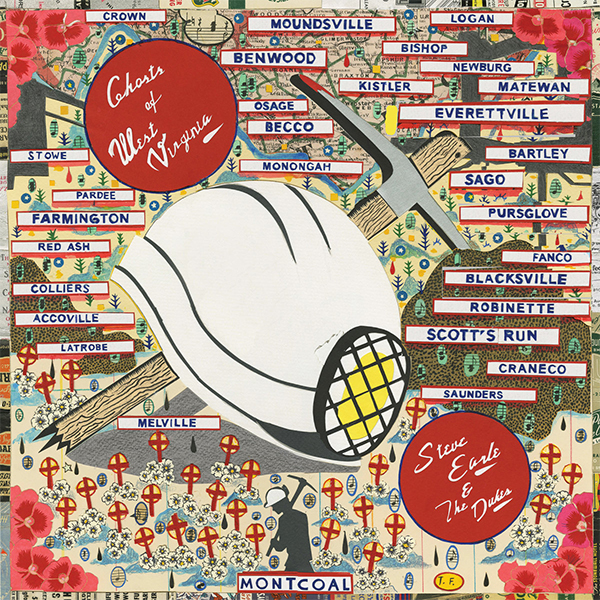 One quite unique aspect of the album is that it was completely recorded not in the regular stereo format, but in mono. “I wish I’d done it years ago, I think it sounds better. But I am deaf in one ear. I woke up on the road last summer completely deaf for all practical purposes in my right ear. And it’s not sound pressure that caused it, but we are loud, but I’ve been sort of protecting that. I’ve lost the top end that nearly everybody that does what I do has, that they’ve been doing it as long as I have and as loud as I have. But that’s not what this is, it’s complete deafness, and it’s called sensorineural sudden deafness. They think it’s a virus, and the doctor at Massachusetts Eye and Ear said that’s what we always say when we don’t know what the fuck it is.” He has had a series of steroid injections directly into his eardrum, but unfortunately he fell into the 35 to 40 percent of people whose hearing didn’t return to normal. As he is deaf out of one ear, Earle is unable to either hear or mix in stereo. As a result, he decided therefore to just to mix it in mono. “Almost all the records I love were actually in mono. The first band that probably gave a fuck about stereo was probably Pink Floyd”, and added that the mono mix of this album sounds incredible.

During his musical career Steve Earle has achieved many accolades and awards. He prefers to stay separate and isolated from other people’s opinions of the work that he has created, however. He doesn’t read reviews or articles about himself, in either print media or online. “When you make art for a living and someone doesn’t like it, it is their opinion, but it’s impossible not to take it personally because it does mean they don’t like you.” Earle began to adopt this mindset when he first got sober. The 12-step programme which was a part of his healing teaches that other people’s opinion of you feeds negativity, so he therefore decided to remove that from his life. He is proud of his own musical legacy.

The future looks bright for Steve Earle. Amongst his current projects, he is also working on a Broadway musical, directly involved by doing all the music for it. In addition, he is also currently working on his own book. He didn’t set out initially to write a memoir but he received a solid financial offer, so he decided to proceed with it. Once the memoir is completed, he will begin working on a novel.

It is going to take a lot to keep Steve Earle down.

I'm a 40 + music fan. Fond mostly of Rock and Metal my staple-musical food delights. Originally from Northern Ireland I am now based in the UK-Manchester. I have a hectic musical existence with regular shows and interviews. Been writing freelance for five years now with several international websites. Passionate about what I do I have been fortunate already to interview many of my all time musical heroes. My music passion was first created by seeing Status Quo at the tender age of 15. While I still am passionate about my Rock and Metal I have found that with age my taste has diversified so that now I am actually dipping into different musical genres and styles for the first time.
RELATED ARTICLES
devil put the coal in the groundfeaturesghosts of west virginia