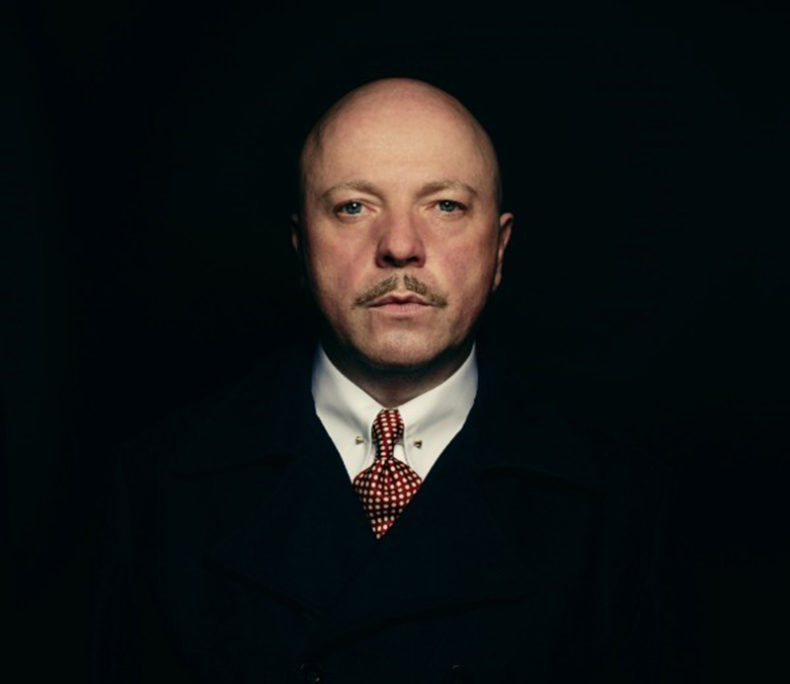 A CONVERSATION WITH RONAN HARRIS OF VNV NATION

VNV Nation have been waving the flag and paving the path in the world of Industrial, Darkwave, and Electropop music for over 20 years, with their debut album Advance and Follow having been released back in 1995. Since then, VNV Nation has released 10 studio albums, and have revolutionized the genres that the band falls into, while changing and breaking any preconceived ideas as to what these genres are comprised of, including reimagining their own hits in a classical setting. VNV Nation has released their latest studio album, Noire, and is taking their latest masterpiece out on a new world tour.

In anticipation of their upcoming Toronto stop at the Danforth Music Hall on November 28, I had the chance to speak with the mastermind behind VNV Nation, Ronan Harris, about the band’s long-lasting success, their latest release, and what fans, in particular local fans, can expect with this latest tour.

“It’s incredible,” Harris said speaking about his early years. “I was asked yesterday what the difference for me was from the first album to now. The first album were bedroom demos being recorded on a ridiculously tiny budget. We were doing it for the fun of it. The fact that a label would want to release something was great, I was enamored that someone would want to press a thing I made”.

The difference that just over 20 years can make is night and day for Ronan, now an internationally accomplished musician. “Compared to now, I have my own studio, I work long and intensely on the production. I don’t have to sit back and watch someone mix it. I can see my ideas go from my head to my fingers. I can’t even compare the two.”

Harris spoke about the variations in the albums he created and how each one was a step apart from the last. “Every album has had its own influence and had its own style and focus. Judgement had a more rocky feel. The followup album to that, Of Faith, Power and Glory was a little more organic. Automatic had very contemporary electronic elements to it. Transnational was like a trip through my past with musical influences.”

Bringing his career and that of VNV Nation to present day, Harris dove into the current album. “Noire is almost like an epic soundtrack,” he said. “I see it like a journey. The title is inspired by a word that creative folks in the late 1800s in France and England — painters and writers, musicians and composers — they used this word to create this sort of abstract nighttime feeling within themselves, delving into their deeper psyche, a seductive darkness. It’s not dangerous, it’s just to travel within and to unlock deeper sides of one’s self. I found that to be very apt and I wanted the album itself to be somewhat of a journey.”

“As far as the creative process is concerned, I had about 25 to 30 demos lined up and I picked out which ones were most apt and worked on them,” Harris remarked. “Some of these songs just started to write themselves and they became bigger and better than anything I had imagined. The song “When is the Future” – I tell people “the hit will come in the end, it’s going to be one of those accidental tracks that come from the middle of nowhere. No one will expect it.” I will play notes on a keyboard, a sound will happen and suddenly I’ll feel great about it.” 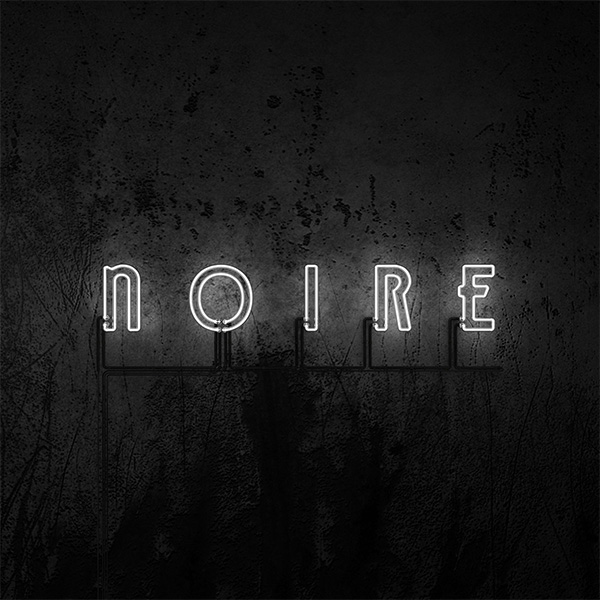 As VNV Nation is known for powerful, high-tempo tracks by which to stomp out on a dancefloor to, Noire incorporates certain tracks that are darker and more demure, including a melancholic yet beautiful piano piece, “Nocturne No. 7”. “I felt an album called Noire, it would be remiss to leave it without a Nocturne on it,” Harris commented. “A Nocturne is a piece of classical music inspired by the night. I’m a big fan of classical music and have been since I was five years old and classical has been a big influence in VNV music since the early days. I was musing on my keyboard and it just came to me out of pure inspiration – my keyboard has a function that remembers what I’ve been playing so thankfully I could revisit it.”

“Listen to [‘Nocturne No. 7’] when you are sitting alone at two in the morning musing back through memories and then you’ll understand what that track is about,” Harris said in response to those who question the piece. “There’s a story within it, a musical story.”

While discussing VNV Nation’s upcoming Toronto performance, Harris reminisced about his particular fondness for the city. During VNV’s formative years, Harris used to call Toronto home. “It’s a place I get very sentimental about when I go back” he said. “I have all my friends there that I stay very much in touch with. Any chance I get to go there, I visit. I’m very proud to become a Canadian and I make sure everybody knows that. People who meet me, they go ‘you’re Irish?’ and I go ‘yeah I’m also Canadian’. It’s something that makes me very, very proud.”

“[Toronto] is one of the very few places I play where I have this very special feeling that I’ve gone home, in a way. I take time to go visit my old neighbourhood. It’s wonderful, it’s a great gift that I have to be able to go back to Toronto and play.”

While discussing his time living in Toronto and how the city has evolved and changed throughout the years, we talked about the changes that happened within VNV Nation itself. Last year, it was announced that Mark Jackson, drummer and the often-listed other half of the VNV Nation project had parted ways. Harris offered a few comments on the subject.

“Mark was a live drummer. He appeared in photos because people saw us as a duet when we did shows but he was purely live drums,” Harris said indicating that VNV Nation has always been his own project with various live performers assisting him on stage. “It was building up to this for a long time and the decision was made, and I got a new drummer.”

Harris said he now works with different musicians while in the States and in his home base of Hamburg, Germany. “The dynamic of everything I do live has changed dramatically. It feels liberating, in a way. I get to work with [different musicians and their craft] and what they put into the performance without drastically taking away from how I presented shows.”

Looking to the near future, I asked Harris what he has planned for the next five years. “I have plans for very different projects next year. I have a lot of songs left over from this project that I can recycle for later on. I have a tour that will take me into March of next year, some festivals. I have the possibility of doing another orchestral album if I want or to do something else very unique. I want to get back into the studio and work on more music. I’m in the zone and don’t want to lose that.”

“I’ve been invited to play in a planetarium, so if I do, I’ll end up doing a solo show with synthesizers with their beautifully choreographed star show. They told me they have 3D cameras in there and I said ‘Ha! Do you think we could ever hook that up to the internet?’ or we can record it and broadcast it over YouTube.”

Harris has never been shy about bending and breaking barriers within music and clearly, he has found new frontiers to continue to explore with no signs of slowing down anytime soon. With fans eager and excited for what will come next, the path is clear for VNV Nation that only the sky’s the limit.

Samantha is both a writer and a fan of the arts and has been able to find numerous ways to pair the two. Eager to dive head first into writing for Spill, Samantha is an avid partaker and reviewer of live art in Toronto serving as an editor at Mooney on Theatre exploring live local theatre, she's a photojournalist for Been Here Done That, a travel, dining and tourism blog that focuses on Toronto and abroad and previously for Lithium Magazine. She's passionate about music, theatre, photography, writing -- not necessarily in that order. She drinks tea more than coffee, prefer ciders over beers, and sings karaoke way too loudly. You can follow her on various social media including Facebook, Twitter, and Instagram.
RELATED ARTICLES
featuresmetropolis recordsnoire