AN INTERVIEW WITH DAN MANGAN

Q: How did your influences change from your past album to the newest one, Unmake?

A: Influence is an interesting saying; when you’re young or a teenager, you get nailed with a million things that pull you in one direction or another. You get into making your own music and I don’t think I’m alone in that you get so focused on your own stuff that you don’t listen to as much new music around you. But I think for me, it just has to do with the experience of recording and making albums over a long and intense process – hardcore investments and before that, years of thinking about the song. Last albums had a lot of weight to them and self-delivered expectations; whereas Unmake was totally the opposite. It was just me messing around in a very simple, limited studio scenario, with a bunch of live takes of the music and then kind of enjoying messing around in the unknown and recording a bunch of songs, and writing a Rock song and getting the band to put that together. It was much more for my own pleasure. It was a cathartic experience, and when I sent it to the label – they were into it and released it – a simple digital release, just to get it out there. It doesn’t need to have the same weight, intensity, or cycle the same way that previous albums went.

Q: Do you go into your writing or album production with a particular purpose/goal in mind?

A: I don’t think I go into it with goals or targets, but sometimes with an image. Even though music is audio, not visual – in your head you have an image. It might not be a literal sensical thing; it can be an image in your head that you keep going into, and tapping into during the creative process. It allows the various songs and thoughts to have some kind of congruency.

Q: Are you trying to target a new audience with this album, or appealing to the same following you have already?

A: I don’t know if I’m that clever – I think it’s just a little game, to sort of really try and target one thing or another. I don’t know what people like, so I think you have to do what feels right to you and cross your fingers that someone else will like it as well. I can’t say I’m targeting one person or another. Just allowing the natural energy that plays and carries out in the recording.

Q: And you have gotten a good response from the album Unmake? 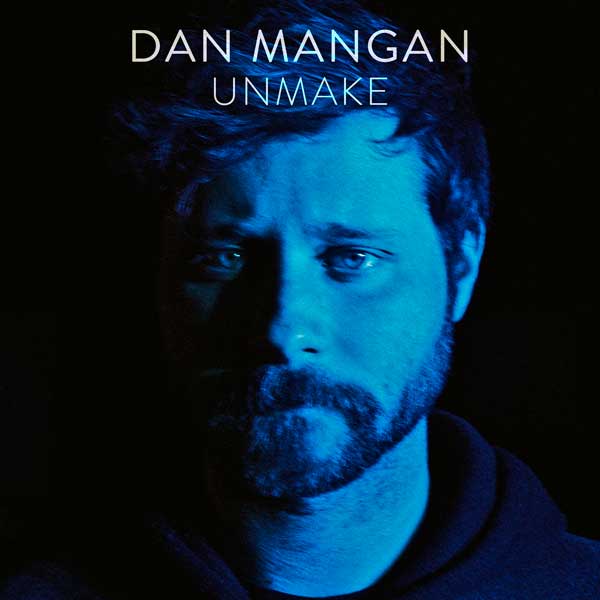 A: It’s been great. I think a lot of people who were connected with my earlier work, which was more singer-songwriter, probably found something in these songs and latest recordings. It is more stripped-down and immediate. And our management told us it’s charting more than any of our other songs that’ve been on the radio.

Q: What is your personal process for homing in on your creative juices? Do you plan to sit down and write or does it just happen? I know from experience that sometimes a song just comes, without the whole planning process around it.

A: It’s really both. When I was younger I’d play around with the guitar all day and do whatever the fuck I wanted; now I’ve got a family and travelling and being a dad. So now I have to make time for it, otherwise it’ll never happen. I’ve always had a motto of just “always be writing.” There’s always something, an unfinished song or a song I think might be finished or could be better. There’s always a little something going on under the surface. I’m always tackling a line or wrestling with a phrase and seeing how I can make it better. I have to make time for it now, otherwise I’ll never write songs. But you’re right – the music is always there, you can’t expect it to always be there – you just have to roll with the punches.

Q: How collaborative are your artistic projects? Do you tend to work with the same people/band members or do you change it up?

A: I’ve mostly worked with the same guys over the last 7 or 8 years; recently our drummer left our band on extremely good terms. We’ve been playing with different people – for example, Wintersleep’s drummer payed on Race to the Bottom. The last record was extremely collaborative. Unmake was a solo process kind of thing. It changes all the time – I always try to surround myself with really inspiring musicians. Ensuring I’m the least proliferate musician on stage. It’s good to surround yourself with people pushing you to get better. That’s always been part of my ethos. If you’re going to go skiing and you’re the best skier, you’ll spend all your time at the bottom of the hill. Versus being with people who are better, then you’ll learn something. 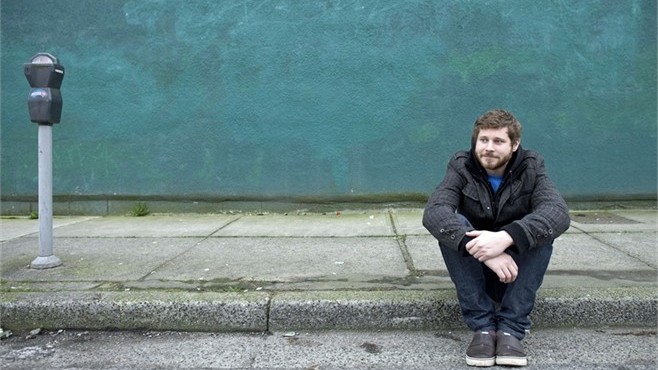 Q: What are your thoughts on the DIY model for musicians? What would be some advice from personal experience?

A: Well, I think that when we all got the internet, we all thought it would democratize music and that it would be this whole other middle class of musicians. It wasn’t just five companies doing the distribution. But it hasn’t really happened at all. We’re still into the mega stars and all the people who aren’t mega stars on some level. However, if you’re doing something well with an appetite to get better, you do it a lot all the time in a lot of places and you’re not an asshole, the sky is the limit. You do everything you can, all the time. Treat music like a hobby, it’ll always be a hobby; and if you want it as your life’s work with honesty and integrity, trying not to get too defensive or ego-maniacal, and surround yourself with good people, then it’ll happen. Every time I talk to young bands about it, I say play 500 gigs – then you’ll realize it’s for you or it’s not for you. I never say, “oh you should be a musician.” You have a 1% chance of being a musician. You have to be willing to go against all the odds. It has to be such an obsession that you have to be okay with being poor the rest of your life. If you’re ok with being poor, it might actually work.

Q: Is that the mentality you chose?

A: I think so; it was a different time back then. If I was 20 now, I have no idea what I’d do. There’s a different internet age, distribution channels, and streaming is the biggest source of income for labels. There’s different models and mediums, so I can’t give any specific reference advice, other than what I just mentioned. Doing it well, a lot and all over the place. But I look back into when I was in my early 20s and I had an incredibly naive optimism. And when I look back to some of the things that I did, I admire the tenacity that I had – don’t even think I have it now. If I was me now or was put in those situations, I wouldn’t have done it the way I did before. I was lugging merch, luggage, bags, 150 pounds worth of stuff through stairways in Europe. I was broke – riding trains, playing in tiny venues. I did everything and anything I could that was put in front of me. I played hundreds of gigs in front of people who didn’t care in noisy rooms. You have to be like a boxer and want to win every night.

A: Of course. But we also have to understand that the reason we know he did that is because it’s at the heart of his story as a DIY guy and he was marketed from that angle. It’s also like Justin Bieber; he played all these radio shows as a young kid, and no one cared at first. It’s a good story and we like to root for the underdog. I don’t meant to take away from their talents or ambitions… It’s how it is, and its overly reductive to call it a model. It’s just doing something a lot and well. That’s the heart of it. And sometimes no one’s going to give a shit. You’ll be told a million times no, and you’ll get a couple yeses and you’ll have to keep focused.

Q: What interview question have you never been asked that you wish someone asked you?

A: Would you like to go on tour with Radiohead?

Q: And your answer?

Originally from Toronto, Giselle is exploring the worlds of entertainment and social change through a musician's lens. With a background in Environmental Studies and Music Business, she works to establish her own voice in the music scene.
RELATED ARTICLES
dan mangandan mangan & blacksmithfeatures

by Nathan Pike on January 31, 2019
WELCOMING AND WARM DIVERSIONS A CONVERSATION WITH DAN MANGAN Way back in the days of Myspace an emerging young musician named Dan Mangan commented on a song [...]