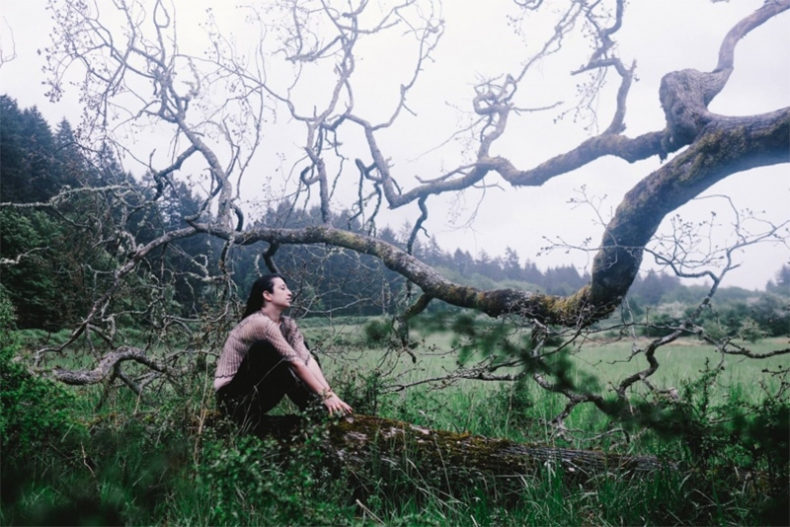 A CONVERSATION WITH ORA COGAN

Ora Cogan is a Canadian treasure. Her music defies labelling, it simply must be experienced.   She has produced some of the most unique and truly brilliant albums over the past ten years.  Her latest album, Shadowland which was released in 2016 on Hidden City Records,  was co-produced by Trish Klein from The Be Good Tanyas.  Right now, she is getting set to release her seventh studio album, Crickets in October.  Crickets was recorded in Philadelphia and produced by the talented Tom Deis (Uni Ika Ai).  Ora does not repeat herself, so she has recorded in a number of places with many different musicians.

I caught up with her recently during her current tour.  When I say during her tour,  she was driving from Philadelphia (where she played Harmonie Hall on May 19) to her Ottawa date on May 20 at Black Squirrel Books.  She recently hit Toronto at The Burdock on May 24.  For the record, she was not driving while we were talking, that would be dangerous.

“Philadelphia is a special place, and this tour has been amazing.  We are doing an East Coast tour, played Virginia, and we are on our way to Toronto.  I love playing live, it is more exciting than being in the studio.”

In the car with Ora, was her band, bass player Elliot Langford ( Jo Passed, Big Evil among many others) and Justin Devries (Summering).

According to Ora, she grew up in a musical and creative family/community in British Columbia.  Leaving High School before obtaining her Secondary School Diploma, she had made up her mind to go into music and figured it out as she went along.  Listening to Nirvana and enjoying music, the idea of playing came “very naturally”.  Through her career, she has been fortunate to play with some well known and well respected artists, including Grouper, Hope Sandoval and Dani Markham (TuneYards) and many more. 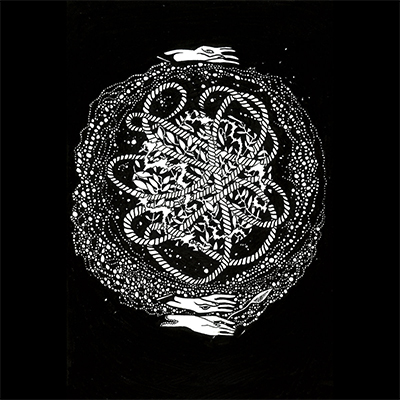 When she started in Vancouver, the music scene, according to Ora, was” much more D.I.Y”, which meant buy a “lousy guitar and make the most of it.”  Ora got the guitar and taught herself. She is not a trained musician, no matter the genre, punk, electronic, or rock.  This scene help lay the foundation for Ora, who soaked it all in and developed her own sound, although don’t expect Ora to have a name for her music or a consistent style.

“I don’t have a typical process, I just come at it in weird ways.  One album was live off the floor, while others are more layered.  For the new album I was on Vancouver Island and the music started flowing and naturally.  Tom invited me to Philadelphia to record, I had met him on a previous tour, and he offered to produce.  We did the album, Crickets, in about a week.  We called Dani Markham in from New York City, and she came in for a day and laid down the drums and percussion for the album, and this shifted the sound of the album.  It was an awesome experience, it came together really quickly.”

For Ora, it is about playing with people that she gets along with, and everyone has mutual respect for all the players.  For her, the additional musicians can take ideas she has, and perhaps take them in a different direction than she may have intended but for her it is all about the process and the end result is the music.  Music she is proud to bring into the world.

For Crickets, it meant recording with an old friend, Tom Deis.  “Tom and I on the same page, and very compatible with sound.  I always thought he was talented, but I was amazed at his ability to produce.  I just did not know how awesome he was at production.  And as a female making music, it is important when you work with someone who listens to you and does not shoot down your ideas because you are a woman.”

This is something that as Ora has experienced in her career, the struggles of being a woman in the music world.  It reminds me of the story Yoko Ono tells about recording her solo album and although she was the producer, the engineers would always check with Lennon when she made a suggestion.  For Yoko and Ora it can be very frustrating.

“Being a woman in music has its challenges.  Some people have ideas about gender and try to pigeonhole you, which is just not right.  It is getting better though, and changing.”

For Ora it comes back to the music.  Her influences vary, (Terry Riley, Flying Lotus; Karen Dalton to name a few), and her own music is unique and quite intriguing  She is also an extremely likeable, funny individual who spent a great deal of time during our interview talking about other artists and members of her band than she did about herself.  She also encouraged me to check out Tom Deis’s work in the band Uni Ika Ai (which I did and was very glad she steered me in that direction).

In the meantime, her tour continues toward the final date in Seattle on the 27th.

Born and raised in Whitby, Aaron discovered music through his love of The Beatles. This led to a career in radio, writing for various publications, and ultimately a radio show about The Beatles (Beatles Universe), which ran for over four years. When not immersed in music, Aaron enjoys spending time with the loves of his life -- his wife Andrea, and daughters Emily and Linda (all of whom have an intense love of music too).
RELATED ARTICLES
cricketsfeaturesora cogan
8.0