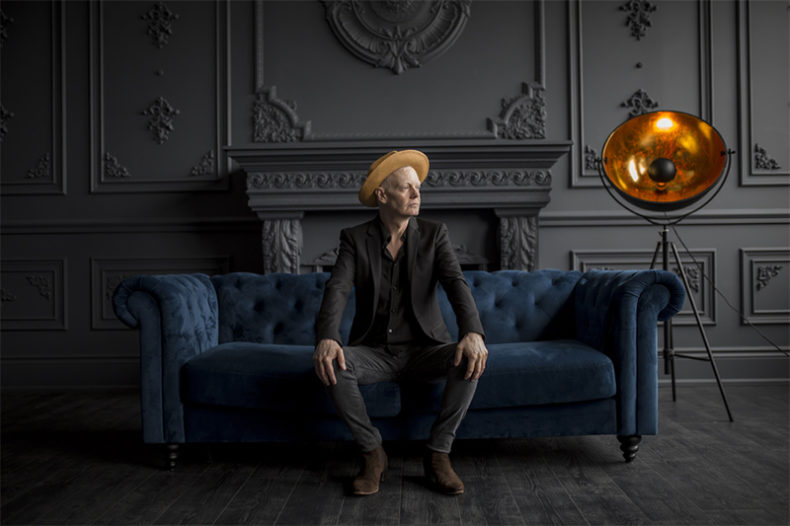 If you’ve ever owned a radio, then you’ve heard Mark Howard’s work. Born in Hamilton, Ontario, the engineer and producer has worked with far more than just a handful of truly legendary artists, including Bob Dylan, Robert Plant, Neil Young, Tom Waits, Joni Mitchell, and Willie Nelson. To top off such a career, Howard, along with his brother, Chris Howard, as a co-author, has released Listen Up: Recording Music with Bob Dylan, Neil Young, U2, R.E.M., The Tragically Hip, Red Hot Chili Peppers, Tom Waits…, a book that collects Howard’s time from the ‘80s to present from behind the console. Listen Up is an exciting read, one which I struggled to put down, that will appeal to music fans, musicians, and fellow engineers and producers alike as Howard provides a peek behind the curtain of some of his favourite sessions. Within the book, you’ll find stories that span from riding motorcycles with Bob Dylan during the making of Time Out Of Mind, how he demoed The Red Hot Chili Peppers during their first jam with John Frusciante as he was returning to the band in what would become Californication (the unofficial, Teatro Sessions were leaked onto the internet later) and his unreleased collection of Robert Plant recordings making for a gripping read. 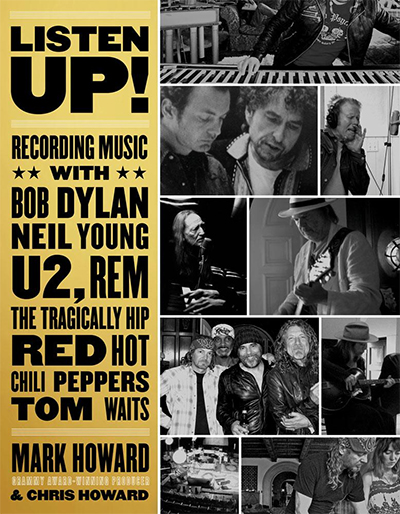 As I congratulate Howard on the success Listen Up has received since its May 14th release, I ask him what made him chose to write such a memoir. “It all started with a biography for a website” he tells me, “I was passing it along to my brother to proofread and he encouraged me to keep writing; eventually, I had enough for a small book so I decided to keep writing”. Each chapter of Listen Up follows Howard’s own journey in the studio with different musicians, making for a truly thrilling read. Howard tells me, “for about six months, I would wake up and write until about noon, every day”.

As the conversation continued, I wanted to dig into Howard’s techniques as an engineer and producer. Where Listen Up is full of stories as to how he regularly created his own studios seemingly wherever he went – most notably The Kingsway in New Orleans and Teatro Studios, which was originally an old, rundown cinema – I wanted to know more about his methods. “There were three kind of permanent places where I worked for three to five years at a time and the rest were sort of these pop-up studios – I’ll rent a mansion or a church or a cottage; we’ll go in, everyone lives there, I’ll hire someone to cook all the food, and everyone gets to live and breathe the record” he tells me. This being a practice which is distinctive of Howard’s style, he continues “normal recording studios everyone is isolated in their own glass booths, and you may get tight sounds with no leakage [between each microphone] but you lose the communication and connection with everyone that way. I prefer to work in the same room with them and have them playing together as if it was a live performance… I’m more about capturing a performance”. 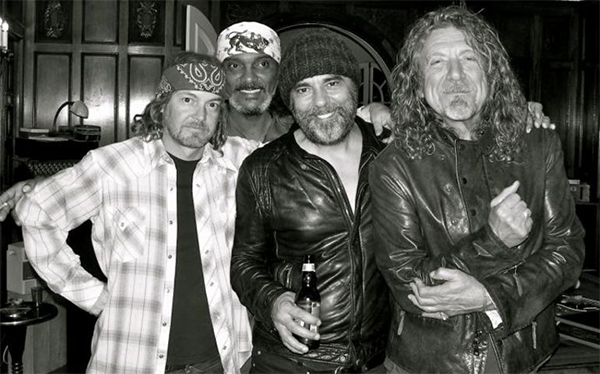 With well over thirty years of experience, speaking on the current state of the music business, Howard is both excited and cautious. On one hand, in regards to the accessibility to recording technology and software – which has spawned a whole new culture of songwriters, musicians, and recording methods – he exclaims “I think it’s really amazing that people can record themselves these days! There seems to be a lot of inventive stuff coming from the bedrooms, home studios, and other little avenues, I think it’s incredible that that is happening” while on the other, he hopes for a time where the streaming industry will begin to pay artists a fair rate, simply stating “music can’t be free forever”. Despite this, however, Howard looks forward with an eager sense of enthusiasm, “I think we are in a really cool spot in the music business right now; it’s kind of tanked and we’re at the bottom so there’s only one way to go, and that’s up… As we’ve witnessed before, ‘50s rock ‘n’ roll turned into the ‘70s and funk came out of there which led to rap; it’s the evolution of how music kind of recreates itself and turns it into something else. I’m just excited to see where we’re going now. I think something brilliant will come out of it, and it will be in the history books forever!”

Just over a year ago, Howard was diagnosed with stage four melanoma. With such news came an opportunity for him to spread awareness and raise funds for a good cause. As a result, he hosted the EVENT at Toronto’s Roy Thompson Hall, which featured performances from Sarah McLachlan, Randy Bachman, Sass Jordan, Sam Roberts and Ian Thornley, and all proceeds went to Princess Margaret Cancer Centre.  Since then, Howard has been declared cancer free, to celebrate, he will be hosting a similar event this weekend, June 1, in Hamilton, Ontario at The Music Hall. The Mark Howard Cancer Free Benefit Concert will feature performances from Dave Rave (Teenage Head), Tom Wilson, and Jon Harvey (Monster Truck) among others and will once again support the Princess Margaret Cancer Centre. The event will also showcase time-lapse photos taken by Howard over the years from various studio sessions along with shots detailing some of the different studios he has built which he describes at length in Listen Up, along with a meet and greet and book signing from Howard.

A passion for music has always been a part of Gerrod’s life. As a young boy, he was raised on a steady diet of the music from The Chili Peppers, Aerosmith, The Stones, Prince, and others from his mum. Raised in the GTA, Gerrod continued to foster his love for music by attending a wide range of concerts and learning the drums. His unapologetic passion for music has no bounds and has spread to a wide variety of styles, whether it be the 90’s rock that sound tracked his teenage years, the jazz he studied in university, or his newfound love for hip-hop. He recently received his bachelors in music and education from York University and is passionate about writing and reviewing good (and less than good) music. Gerrod is also the drummer and songwriter for a Toronto based rock & roll band, One In The Chamber.
RELATED ARTICLES
ecw pressfeaturesi never cared for you