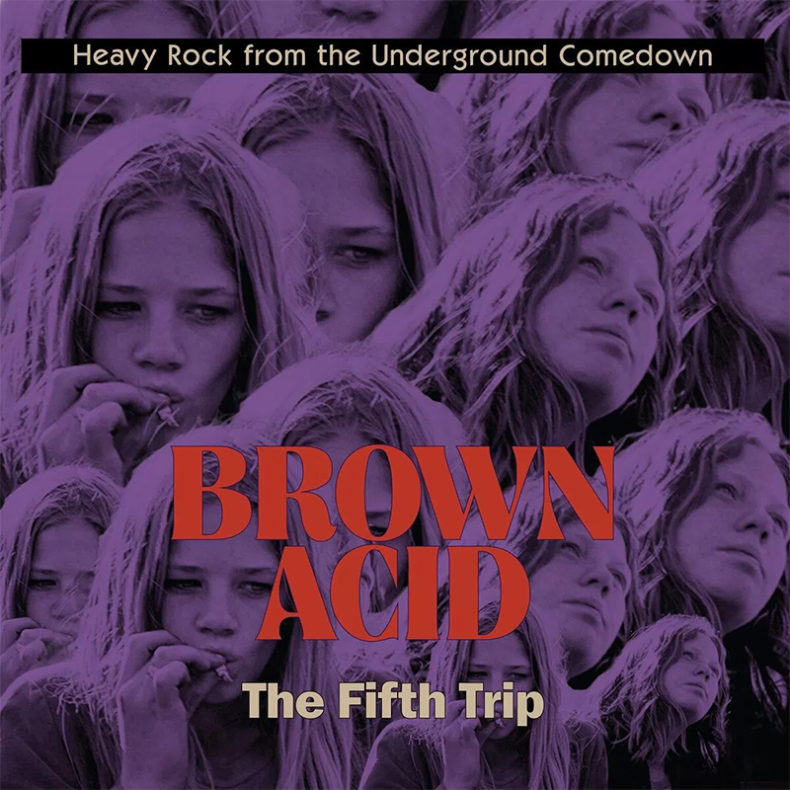 Get ready for the next wave of retro phych fuzz that has been painstakingly sourced and dragged from the grave of dusty forgotten record company archives in the latest installment of Brown Acid – The Fifth Trip.  Brown Acid is brought to us by the king of stoner / fuzz rock labels, Riding Easy Records out of Hermosa Beach California.  Since Vol. 1 The First Trip, the Brown Acid series has picked up serious momentum and sold rather well around the world via mail order and especially as vinyl hard copies in bricks and mortar record stores.  With the superb set of finds collected for Vol. 5, fans of the previous releases are sure to love this crazy ride.

As we get the trip underway, Brown Acid Vol. 5 starts with the most elusive track on the release titled “No Reason” by Ohio’s Captain Foam. As amazing as the song is, the listener would NEVER know just how much legwork was involved in getting the track cleared for the album. In a phone interview, Lance Barrisi of Permanent Records (brainchild of the series) went on to explain that he had to track down former band members and label reps from Ohio to California in one hell of a witch-hunt that literally took months with many dead leads along the road. Now we all can sit back and enjoy the track, “No Reason”, a song with anthemic riffs and huge production. One might think it’s a lost gem from a “Who” b-side. The killer lead and harmony vocals are what really set this track apart from the rest. The Keith Moon style drums and rad guitar leads also take the song to another cosmic dimension.

As we continue down this strange hazy highway of sonic mysteries we’re slammed right square in the face with a ripper titled “Blowin’ Smoke”, a raw and HEAVY track that sounds like Hendrix meets Cheech ‘n Chong. The tune is fast, hard and fuzzy to the max with little regard for studio perfection. The track’s title really nails it, as the lead singer sounds like he blew plenty of smoke before, during and after the recording of the song. 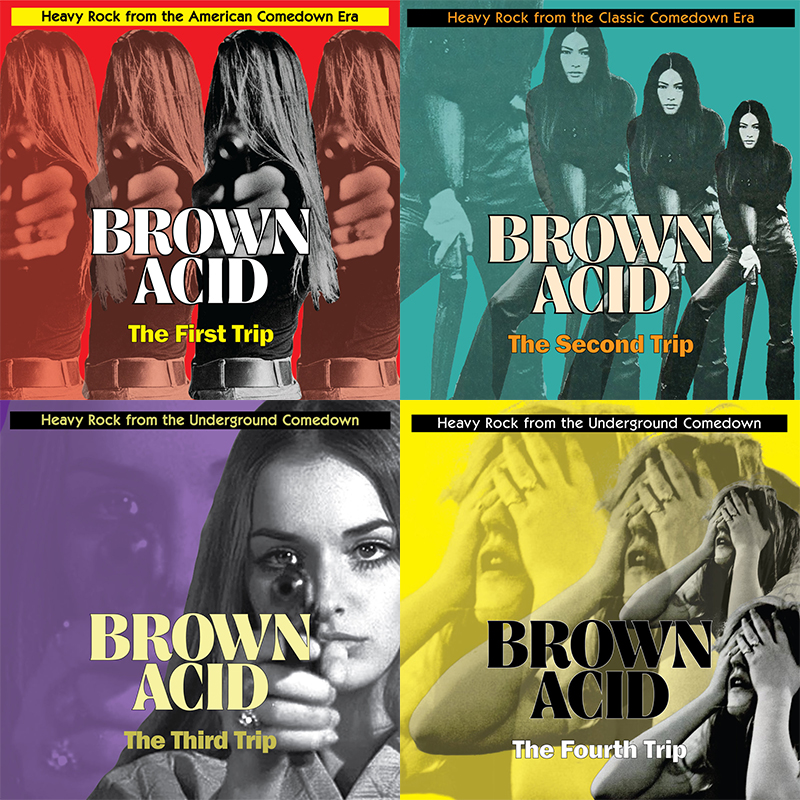 As we dive deeper into obscurity, we are graced with an impressive instrumental psychedelic track titled “Clockwork” by Cybernaught.  The song has an ominous bass intro that accents like a strange heartbeat that is quickly joined by wobbly guitar leads and beautiful organ parts before slipping into another world of hard and heavy instrumental psych.

Track 6 “Mammoth” by Mammoth is a pretty rad track with a heavy dose of Burton Cummings style lead vocals with a far more phyched out backing band getting you thinking of Blue Cheer. Nothing beats the super raw tin can drums and hyper-fuzzed out guitars that sound like they are being cranked through 12-foot stacks. That’s what the Brown Acid series is all about after all.

Zebra’s “Helter Skelter” is certainly a highlight of the record. Not only does the iconic riff come out of nowhere and hit you where it counts, it sits perfectly near the end of the album as one of the send off tracks. This tune has your typical drums, bass, guitar and vocals however what really stands out is the organ.  The Hammond pads and leads really glue the song together as it’s strategically lurks with off beat shots and great ambiance.

With Thor grabbing the TKO closer titled “Lick It”, I would love to get more details on the recording session as it straight up sounds like it was recorded live off a rehearsal floor with a 4-track. This sucker is as raw as it gets! This tune is clearly following the monster-hit trends of the era that only KISS could properly deliver, it actually sounds like an old KISS garage demo. For Thor fans, this is a classic as only they can deliver. NO ONE does it like Thor!

I can’t wait to get the entire Brown Acid series on vinyl, it only seems appropriate to play them in a warm and crackly format since most of the cuts were digital transfers from old 45’s anyway. I will most definitely be waiting in line for Volume 6 since all volumes to date have over delivered if anything. For fans of 60’s/70’s psychedelic hard rock, The Fifth Trip this is a MUST!

Andre has been writing for The Spill Magazine for over 12 years, dating back to the print days. His passion for music goes far beyond writing reviews for new music and live concerts, he is also an active musician and producer on the Canadian music scene. Having toured North America and Europe with various acts, he is no stranger to dedication and work ethic new bands must endure to make the grade in today's market; Andre always delivers perspective writing that is authentic and to the point. Mr. Skinner typically covers indie rock, grass roots, electronica and is our resident hard rock and heavy metal specialist. He is extremely selective on what bands he covers for articles and you can rest assured they are ALWAYS band to watch with something left of centre to offer.
RELATED ARTICLES
brown acidfeaturesridingeasy records
7.0