SPILL FEATURE: BORN TO SING AND TRAVEL – A CONVERSATION WITH WANDA JACKSON: THE QUEEN OF ROCKABILLY 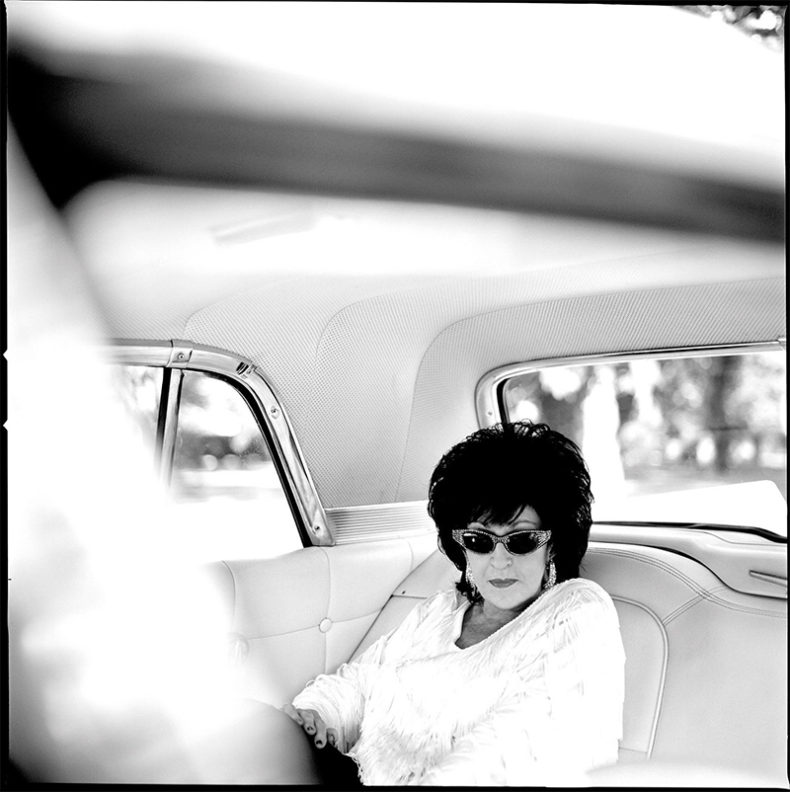 BORN TO SING AND TRAVEL

A CONVERSATION WITH WANDA JACKSON: THE QUEEN OF ROCKABILLY

“Hello, this is Wanda Jackson, “ in that voice, the voice of Wanda Jackson coming through the telephone lines.

Her career has now spanned seven decades. Most recently she has recorded albums produced by Jack White (2011’s The Party Ain’t Over) and Justin Townes Earle (2012’s Unfinished Business). She even dated Elvis (“he kissed real well”, she laughs”. “A prerequisite if you date me.”) She is turning 80 and will be playing a couple of shows in Toronto (October 20 – 21 at The Cadillac Lounge) to celebrate this event.

“I’m looking forward to coming to Toronto, it will be my Birthday Bash.”

And at the age of 80, she has a new first, she has written her first book, an autobiography, Every Night Is Saturday Night. A Country Girl’s Journey To The Rock And Roll Hall Of Fame.

“I have had a lot of requests from a lot of people, they thought it would be interesting to read. I tried a couple of times, it just didn’t happen. I tried a third time but this time I found a publisher first, BMG, and they wanted a book of my life. Scott Bomar was brought in to help. He did a lot of research. He delved into the history, things I was not even aware of. I met with Scott for about a week, we met every afternoon, then ate a bite, and then called it a night. 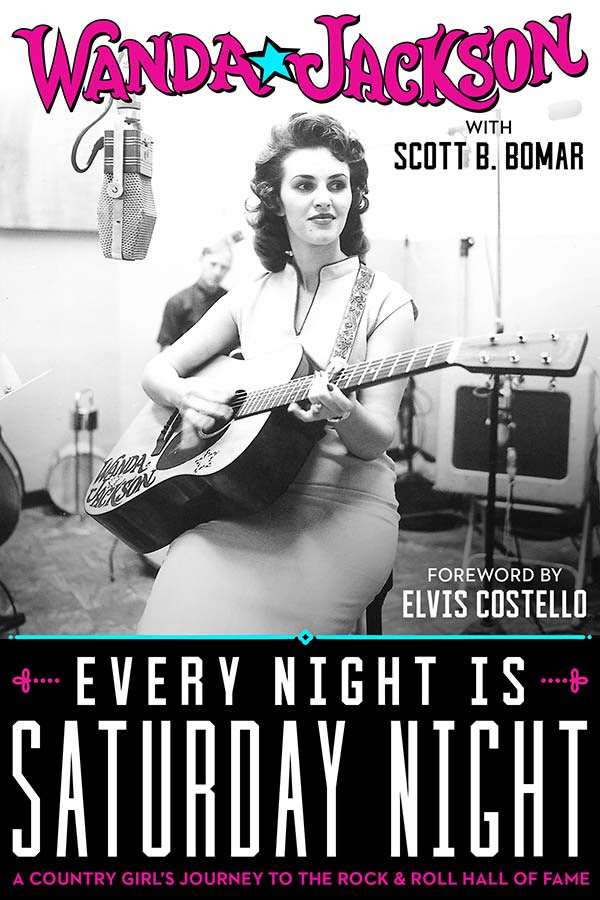 “I also took him around to the houses, school and churches to give him a sense of living in Oklahoma City.”

As noted, Ms. Jackson has been performing professionally since she was 16.

“I won a contest at a radio station and was given a 15 minute radio show. Hank Thompson, my all time favourite singer heard me on the radio, that is what the show did for me, and he brought me out to his house where he had a makeshift studio. We recorded “You Can’t Have My Love” and he took it to Capitol and they were not interested, so he took it to Decca. Decca released it and it made the top ten!” Wanda laughs at this memory. “Two years later I ended up signing to Capitol.” More chuckles.

“My first single was a top ten hit, and I thought, ‘this is going to be easy’, of course it wasn’t.”

One of the issues that Ms. Jackson had to deal with was being a young woman in a male dominated music scene.

“Kitty Wells opened the door, and in my case I was very feminine. My dad always travelled with me so my reputation was intact, and I was always a lady about it. But I was a big movie buff and I used to go the movies and sit through the movie twice making sketches of the clothes I liked. I would bring the sketches to my mom who make my clothes. This all helped me to become, what many people say, the first country music sex symbol. And I am very proud of that.”

This also included touring with Elvis.

“I used his manager for a while, and his manger felt Elvis’s show needed a girl. When I knew Elvis he was just a new struggling artist, this was 1955, I mean his career was exploding, but he was not the King at this point. We hit it off for a while. My daddy liked Elvis, thought he was a gentleman, and he was a gentleman. So Daddy approved. We would go out before shows, have a bite to eat. He asked me to be his girl, and I wore his ring around my neck, I guess it was just puppy love. Then he went to Hollywood.”

“Most of us are dead and gone, just me and Jerry Lee are left.”

This opportunity to write the book meant that Ms. Jackson had to review her life. 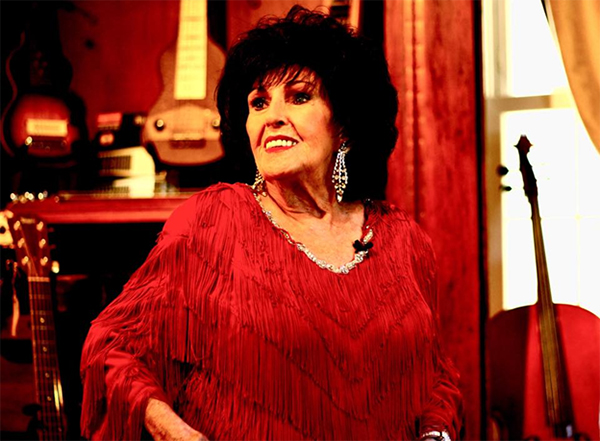 “I enjoyed doing it, I got to relive it. I had to dig down to the emotions but I found it enjoyable. Emotionally very hard, but if I am going to do this I have to do it while my mind is still strong. It is just sad my husband is not here. He passed away four months ago. We were together day and night for 56 years. He always travelled with me.”

Another pause. “I am just grateful God has allowed me to live this incredible life.”

Her belief in God meant a slight change in her career.

“I was saved in 1971. My music went to being all gospel, not intentionally, but it turned out that way. Country and rock radio kind of divorced me at that time. People want to pigeonhole you, if you are country, you don’t do gospel. I love gospel and wanted to try my hand at it. My husband and I ran a ministry and toured, “Night of Entertainment and Inspiration”. It was my most rewarding work.”

And in 2017 she continues to perform and work.

“I got an album all ready to record, and Joan Jett is set to produce it, and now we are just trying to get our schedules to match. My career just kept revving up. Kids love to hear my stories and hear the songs by the original artist. But you know, I just follow the Lord’s leadership.

“I am 80 and still touring. I was born to sing and travel. Meeting fans of country and rockabilly. As long as my health holds out and people want to hear me, I’ll keep performing.”

Wanda Jackson, people will want to hear you for a long time.

Born and raised in Whitby, Aaron discovered music through his love of The Beatles. This led to a career in radio, writing for various publications, and ultimately a radio show about The Beatles (Beatles Universe), which ran for over four years. When not immersed in music, Aaron enjoys spending time with the loves of his life -- his wife Andrea, and daughters Emily and Linda (all of whom have an intense love of music too).
RELATED ARTICLES
every night is saturday nightfeaturesscott bomar