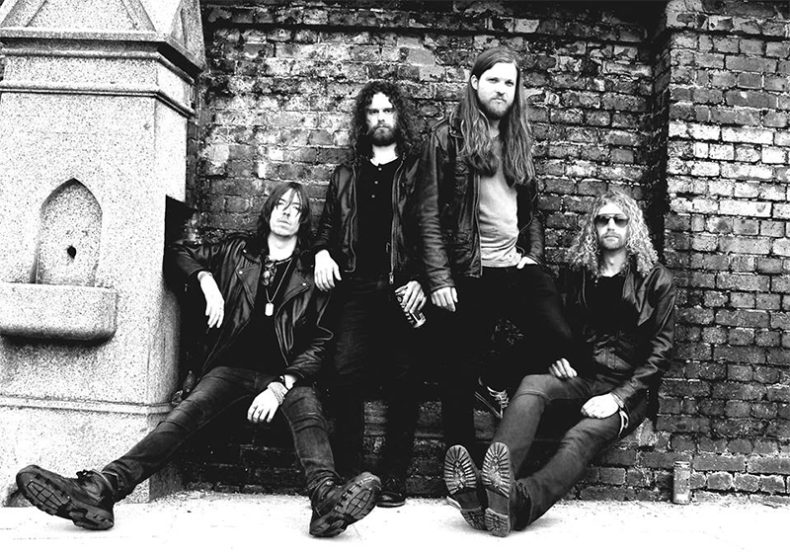 A CONVERSATION WITH CITY OF THIEVES VOCALIST JAMIE LAILEY

It is comforting to know that rock ‘n‘ roll, especially hard rock is alive and well. The older artists and pioneers are still recording and touring (such as Uriah Heep, Nazareth, Ozzy) but there are a number of newer bands who are not only continuing the tradition but adding their own style to it. One such band is London’s City Of Thieves. The band is comprised of Jamie Lailey (lead vocals, bass), Will Richards (Drums), and Ben Austwick (guitars), and they are getting set to release their debut album, Beast Reality.

“Actually, the band has been around for about ten years,” Jamie Lailey, lead vocalist and bassist City of Thieves told me during a recent conversation. “Will , Ben  and I were in a band named Four Wheel Drive and we played under that name for a few years. We released an album and an EP for those who want to go and check out for those curious where we came from. But as a band, we have played and played for the last few years. We rebranded, which has allowed us to say a few things and allowed us to be more mature and try things we never did before.”

Rebranding and changing also means a change of name. “Oh we were in the studio trying names, left right and centre,” laughs Lailey. “Coming up with names is not easy. Will kept pushing the name City Of Thieves forward as we were kicking around names. City Of Thieves is also the name of a book by David Benioff, but for us it represented where we were from. Where you are from is a piece of you and London is a city of thieves, which is where we live. It suited us and it was less shit than everything else we came up with.”

For this, their debut album, they have released two EPs to date (Incinerator and Acoustic), and they employed the services of one of rock’s most renowned and respected producers, Toby Jepson (Wayward Sons, Little Angels) to co-produce the album with the band.

“I am trying to remember how he became involved. We decided to make an album, and our manager was talking to a booking agent and he suggested we talk to Toby, as he manages him. So we sent him the Four Wheel Drive EP and he apparently left it in the car. Later his wife was driving his car, puts the CD in and listens to and likes it. And she says to him ‘Who is that band?’ You have to work with them. Thank God for his wife!”

“But he helped streamline the songs and yet he produced it from a distance. He has a great enthusiasm for the band. The way Toby works is that we recorded four or five takes of each song. He would push us to go until the performance went downhill. Find the best recorded version, live off the floor.”

In this sense, City of Thieves wanted to have their own distinct sound and style, one that includes not being perfect.

“I am a huge fan of Nickelback but they have this perfect sound, everything is 100% perfect. They have everything down with that huge stadium sound. We wanted the album to sound like the band, just the proper band, just hit record. We want the music to sound as huge as you can, but it should sound like us.”

The new album, Beast Reality, has a very interesting title, that fits the philosophy of the band.

“In London people use the word ‘beast’ a lot. You know, like we are in ‘beast mode’, it is a word used to describe something. So we wanted that word in the title, and the phrase is in the chorus of “Reality Bites”.  It also has two meanings, you know ‘beast reality’ or people who have been beasted by reality. A double meaning. Plus, it sounds funny, and it jumped into my head and I thought it could be a title.”

The end result is a stunning and explosive debut. They sound like a seasoned band and they have come up with an album that should be future hard rock standards. An impressive debut from and very impressive band. And their goal is not to take over the world. But they hope listeners will get something out of the album.

“What we want people to get from the album is a kick in the balls.”

Born and raised in Whitby, Aaron discovered music through his love of The Beatles. This led to a career in radio, writing for various publications, and ultimately a radio show about The Beatles (Beatles Universe), which ran for over four years. When not immersed in music, Aaron enjoys spending time with the loves of his life -- his wife Andrea, and daughters Emily and Linda (all of whom have an intense love of music too).
RELATED ARTICLES
beast realitycity of thievesfeatures
7.0