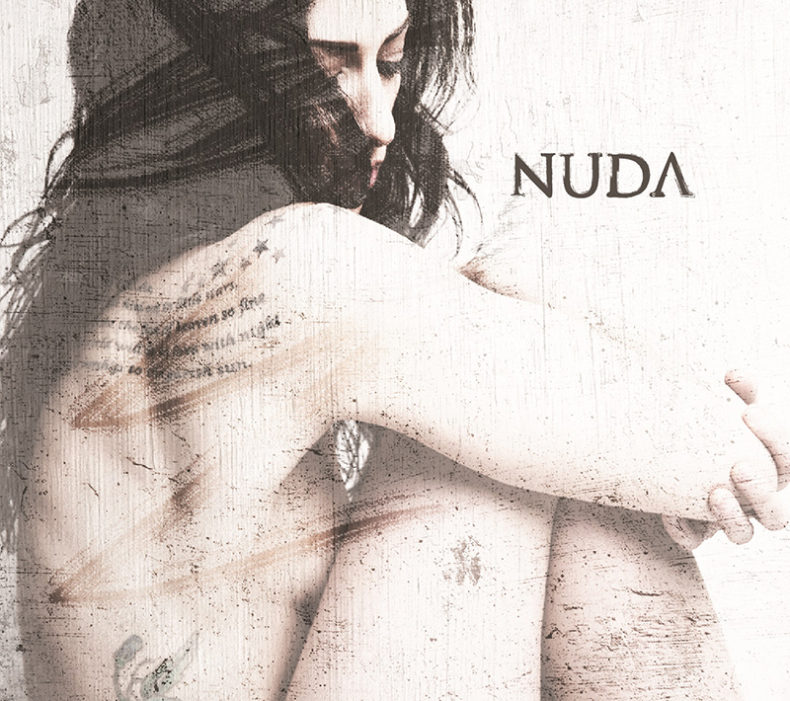 AN INTERVIEW WITH ANDREA RAMOLO

Andrea Ramolo’s third solo album invites listeners into the raw realities of the post-breakup experience. That said, it would be limiting to label the record simply as an anthem to heartbreak. NUDA (Italian for ‘naked’) is an amalgamation of soulful vocals, carnal instincts, and an achy rendering of the many ways that loneliness manifests.

When I spoke with Andrea, she told me that NUDA was not a premeditated project. For the past few years, she had been touring with her duo, Scarlett Jane. The record was born out of necessity; a relationship’s disintegration brought a need for cathartic release that interrupted her busy schedule.

The alternative-folk album was produced by Michael Timmins (Cowboy Junkies) and radiates the textures of dark melancholy and the vulnerability that Andrea alludes to. NUDA also features a companion album, Da Sola. These songs bring an added element of intimacy with Andrea singing and playing either baritone or acoustic guitar without a full band.  Da Sola “includes exactly the same songs…but on my own, by myself,” she says.

The opener “You’re Everywhere” kicks off the album by tapping into the unhealthy aftermath of deep connection through carnal representations of the human body. The idea that a lost love forces you to re-establish your own identity crops up throughout the record. Songs like “Lonely” and “Wild Town” tackle the physical world: hotel bars, streetlights, record players, concrete, all captured in cinematic detail. The blending of the ethereal and the physical is what makes the world of the record as accessible to listeners as it is haunting. Her duet with Andy Maize (Skydiggers) for the song “Hey Hey Hey”, which was co-written with Tom Wilson, adds still more texture, bringing a male energy and a great vocal partnership. “It was nice to have other people’s flavours and colours on the material… writing through pain is hard and it was a lot easier and more joyful with the support of other people.”

Near the end of the record, Andrea pays homage to her roots with her elegant cover of the Italian love song “Caruso”. For Andrea, “Reclaiming that voice and going back to the mother tongue of my family and my ancestors [was] important.” This song is one example of Andrea’s ability to approach genres and forms with confidence and intensity.

NUDA closes with “Fill the Spaces”, a song that beautifully captures both the conveniences and the injuries of love’s retrospection: “I haven’t been true/I was the loneliest with you.” For me, the track speaks to the overall meaning of the record; that the complexities of love cannot be reduced to a solitary meaning and that self actualization is born from this understanding.

Elizabeth is a Toronto via Caledon writer whose rural upbringing left a lasting love of anything with a banjo and an upright bass. She scours Toronto venues for both the musical talent and the beers on tap.
RELATED ARTICLES
andy maizefeaturesskydiggers

by Aaron Badgley on October 23, 2017
THE WARMTH OF THE SUN AND A LITTLE COMPASSION A CONVERSATION WITH ANDY MAIZE OF THE SKYDIGGERS Skydiggers have been around since the 1980s. It may be hard [...]