SPILL FEATURE: THE ART OF MASTERING – A CONVERSATION WITH JOHN GREENHAM

THE ART OF MASTERING

A CONVERSATION WITH JOHN GREENHAM

“Say you have a bunch of paintings but they are just lying around in different parts of the room so no one can enjoy them.” John Greenham begins as we sit down. “The mastering process would be like framing them and hanging them on a wall in a pleasing arrangement so that people can access them easily.” If you’re like most, you don’t understand the art of mastering. Hopefully this will help to clear it up a little bit.

Originally hailing from the South of England, John Greenham began playing music at thirteen when he found a guitar in the laundry room of his school. John was inspired to move to California for its music and culture after hearing the Beach Boys’ ‘Good Vibrations’. He found his way to San Francisco where he played in many bands but ultimately discovered that he preferred being on the other side of the glass in the recording studio. John has worked in countless studios, won three Grammys for his work with Los Tigres del Norte, and worked with artists such as Sam Smith, Katy Perry, Ice Cube, Banks, and more.

Greenham sometimes half-jokingly refers to mastering as “closure.” Meaning that the main job of a mastering engineer is to actually finish the project so that everyone can move on to the next stage of promotion, touring, etc. “Technically, there are two main parts to the process, handling dynamics and handling equalization,” he explains. “If you’re working on a collection of songs they must be similar in dynamic range and overall loudness, as well as high end, low end and so forth. It’s also important that the end of one song leads nicely into the beginning of the next one. Above all else, it has got to pop and stand out in whatever environment it may end up getting listened to. You’ve got to engage the listener right from the start.”

In a job that requires listening to music all day, the ears can get tired. “I rarely work for more than two hours at a time. I like to take a lot of breaks, partly to keep my ears fresh and partly to think about what I’m doing.” But how does this line of work affect one’s personal listening habits. For John, it is about constantly learning – always trying to discover and grow. “Lately I’ve been listening to a lot of songs from the 70s and 80s in my car, trying to figure out what it is about that period that made everything sound so good! Was it the recording equipment? The training of the engineers? The producer? It’s interesting to think about.” 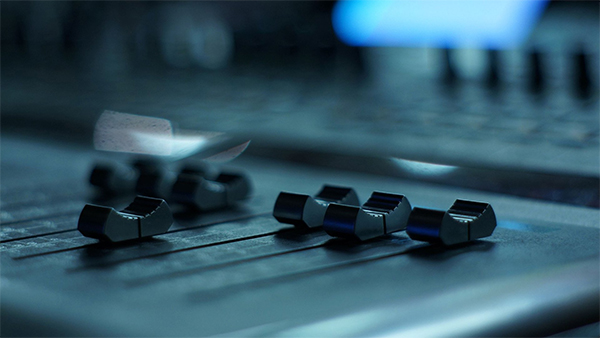 Over the years John has worked on just about every type of music – from Persian Classical to Early Harpsichord, Rap to Mexican Folk music, Country to Heavy Metal. So you might be wondering, how do I choose an engineer? “Every mastering engineer will have a different aesthetic which will result in a certain sound they get,” Greenham assures me. “I pretty much approach everything the same way. I used to get a bit nervous and change my working methods on high profile projects and think that I really had to pull something out of the bag but I’ve found that attitude only leads to trouble. Whatever it is I just try to find the beauty in it and help to bring that out.” I ask John about some of his favorite artists in the last couple years – from Zella Day to Bastille there’s a lot to choose from. He had a great time working on American pop singer, LP’s singles. “She’s just a lovely and talented person and I’m so happy to see the success she’s having,” he says. John mentions Ice Cube (of course), young talent, Billie Eilish, and Tigercub – “what a great English band that is!” he declares.

Greenham is calm and insightful. He gives off an air of confidence and inspiration that only a seasoned veteran could, but there’s something else involved. In addition to his work and two kids, John has been a dedicated Buddhist practitioner for over 20 years. “Buddhist philosophy has been very helpful in every area of my life. I think my meditation practice helps me to cultivate and maintain a positive and friendly attitude, which translates into more harmonious relationships with my clients.” But there must still be some headaches, I tell him. “There are so many!” he says. “I’ve had several negative experiences with people using plugins, multi-band compression and some kind of widening. It’s freaky sounding and there’s not much I can do after things like that have been applied.” What he means is, despite the increasing of technology, a program can’t simply replace the human ear. One major mistake John recommends avoiding is over compressing or limiting. “Programs make artists think they can apply ‘mastering’ plugins to the mix, but this can be more harm than good. It’s good to give us some space to work with. We might come up with something that you haven’t thought of,” John assures me.

With these changes in technology, I am curious to know how that has played a part in Greenham’s career. He begins frankly, “That’s a pretty deep subject!” John attempts to explain as simply as he can, “Things changed pretty drastically when digital arrived.” Now computer programs allow anybody to ‘master’ their own music making rates as low as a hundred dollars or as high as a few thousand. So how should you choose a mastering engineer? “I think the most important thing is experience,” John says. “If you’ve read Malcolm Gladwell’s book ‘Outliers’ you will recall him talking about 10,000 hours as an approximate length of time it takes to get really good at something. That’s about 5 years worth of 40 hour weeks.” John recommends first understanding the engineer’s aesthetic. Any seasoned professional, will develop a sound of his own. “My sound, for example, is loud, punchy, clear, and detailed.” Greenham states.

His gear is “pretty simple” but very effective and “I will always make sure you’re happy with the result.”

With a busy schedule and plenty on his mind, I can’t thank John enough for taking the time to speak with me. He’s kind and honest and it’s refreshing to hear his genuine passion for making music sound the best it can. Although he’s already worked with so many and learned from the best, John says he is “looking forward to meeting and working with many more talented music professionals in the future. Let’s keep the music coming, and together learn how to make the world sound better, one record at a time.”

John Greenham is a multiple Grammy Award-winning engineer, with over 25 years of experience working with artists of all genres. Past clients include Sam Smith, Katy Perry, Sky Ferriera, Ice Cube, Death Grips, Queensryche, Bad Suns, Los Tigres del Norte, and many more. He currently resides in Los Angeles and works independently out of Echo Park. You can find out more about his clients and awards on his website (http://www.johngreenham.com/) where he also has a handful of educational articles he has written. He can be contacted at johngreenham@gmail.com.

After majoring in business & entrepreneurship at UCSB and traveling the world, Andrew moved to Los Angeles to pursue music and not give up his love for surfing, hiking and yoga. He is also in a couple really cool, up and coming, indie-rock bands in LA - Mothlight & Lone Kodiak.
RELATED ARTICLES
features