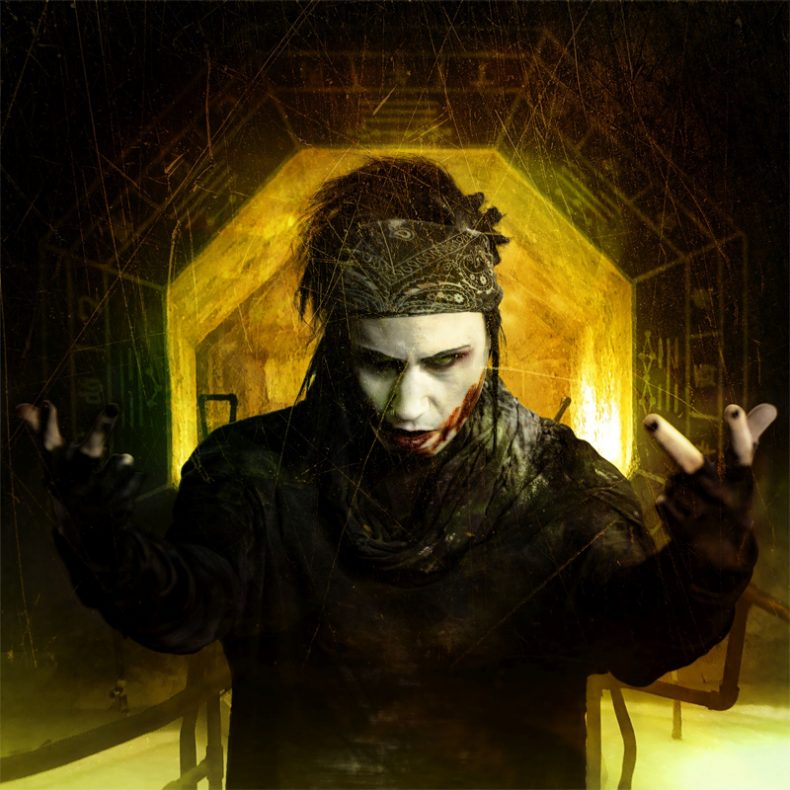 AND YOU’RE DYING INSIDE

A CONVERSATION WITH KRISTOF BATHORY OF DAWN OF ASHES

Kristof Bathory, founder and principal songwriter of Dawn of Ashes, is a seeming prophet of the anarchy the world has descended into. A checkout of the video “Pawns of the Wretched,” the first single from the new album The Antinomian, sees a world descended into anarchy and riots. Kristof was struck by just how prophetic the song, its lyrics, and its images proved to be as “it was released before all this shit was happening…every song [on the album] relates to society now, to progressing as a human, to society devolving.” Conducting the interview with the newsreels, showing society literally crumbling around us, and film coverage that could have been lifted from the “Pawns of the Wretched” on the screens now, brought home the lyrical content of the album.

Less of a direct continuum from the last album, Kristof sees every album by Dawn of Ashes as having its own uniqueness, both for Kristof as a writer and for the audience. “The new album comes pre-covid, it comes before all these troubles, and it comes at the right time, just look at the lyrical content.” The album has come from Kristof listening to a lot of ‘80s and ‘90s industrial metal and there was a desire to try and capture this sound. Dipping into Eminem and The Exploited took Kristof out of being “stuck in a death metal hole, through listening to old dirty ass punk and a lot of ‘90s hardcore led to a desire to capture some of this energy and incorporate it in the Ashes sound.” 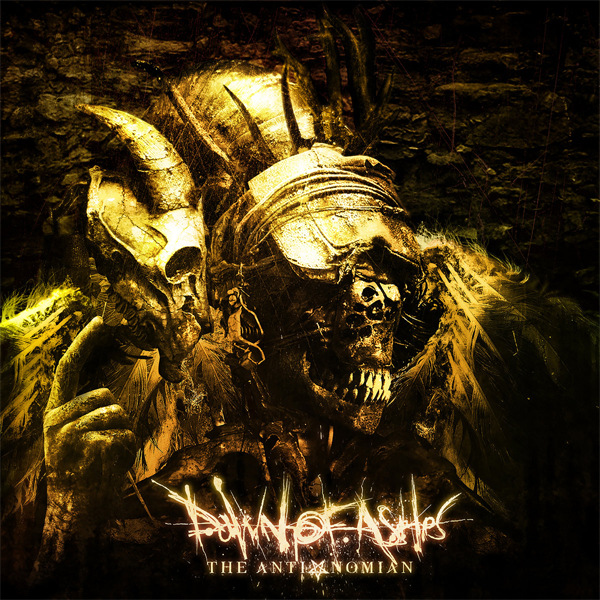 PRE-ORDER THE ANTINOMIAN VIA BANDCAMP

Part of this sound on the new album is distinctive and tribal. The album utilises a lot of vintage drum sounds from older ‘90s drum machine industrial sound. It is full of retro ‘80s and ‘90s industrial sounds, and Krystal likes to write very much as he draws, to draw a line and see how it goes. Thus, with the drum sound, it takes its own life within a song, very often heading off in a new direction.

For those unsure of industrial metal, it relates to the morphing of heavy metal with industrial music, so you have the repetition of the metal style guitar driven riff with distorted vocals (although the vocal mix is not turned down on The Antinomian). Metal music is highly fragmented, but Kristof has a respect for those who set the path for him, including Alice Cooper, Ozzy Osbourne, Kiss and so on. He is a fan. Also, Dawn of Ashes takes industrial metal forward and has evolved musically, there are no two albums that repeat the same sound. Each one has its own life, veering on the edges of extreme metal.

Lyrically, the new album The Antinomian explores humanities’ possible downfall as it blindly follows its leaders. For those who follow the band it looks back to the early years of Dark Electro with an increase in the electronic elements.

Ashes are clearly the most visual of bands, and like Kiss there may be a danger that musical talent is lost under the image. Kristof sees the visual and the music as a package, one in which the music will always speak for itself outside of the imagery and theatrics. However, he also believes in providing a whole experience for the audience and he is a fan of bands like White Zombie who offer an aesthetic experience live. In this way, Dawn of Ashes also looks to provide a top-notch visual experience when live, taking no prisoners.

From the original desire to create horror-based techno music, Dawn of Ashes has seen a few evolutions and Kristof remarks that as he grows older, he becomes much more open in what he listens to and respects. He even went “fanboy” recently when he came across Paul Stanley shopping in his local grocery store, going up to ask if it was really him – and it was! So life is busy, creativity flowing and there is much for Dawn of Ashes fans to look forward to.

For those fans, the band will be releasing The Antinomian  on July 10th and this will be followed up by shooting for their next music video on August 16. Touring will be back in the works some time in 2021 and before that there will be the live streaming of concerts.

Unleash the Fires of Hell.

The Spill Magazine is a Toronto-based online publication dedicated to covering the independent music scene with a strong focus on our thriving hometown talent. Our writers bring you up-to-date news, in-depth features on musicians and reviews for the latest CD releases. We also travel to the front lines for all local festivals including Canadian Music Week and North by Northeast. Don’t forget to check out our Facebook and Twitter pages for all daily Spill updates.
RELATED ARTICLES
artoffactdawn of ashesfeatures

by Patrick Li on February 22, 2021
HIS STORY RIGHT NOW A CONVERSATION WITH cEvin Key Kevin Crompton, or cEvin Key as he is known as in the music industry, released his latest solo work ent­­itled [...]
10