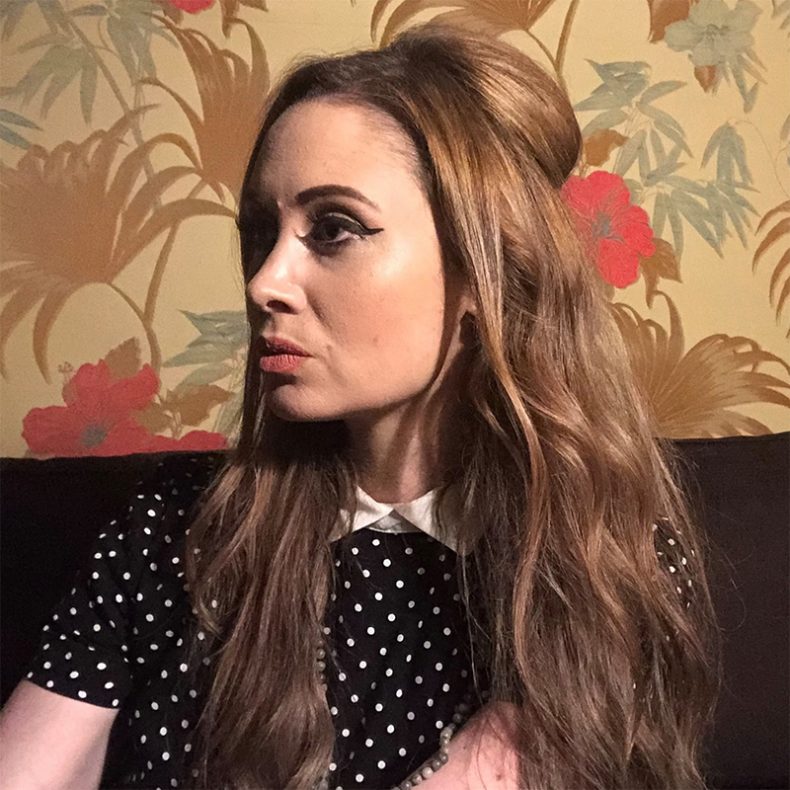 A CONVERSATION WITH KATIE COLE

Katie Cole, an Australian girl far from home, but finding success in the competitive Nashville music scene, is both a wonderful storyteller and an increasingly successful vocalist and musician. Her CV is growing by the year and, alongside playing with The Smashing Pumpkins, has a solo career that is showing increasing momentum and is attracting a lot of interest.

This is a musician who grew up with music around her, her mother being an avid collector of vinyl albums, organising them and colour coding her music, allowing Cole to grow up alongside Eric Clapton, Led Zeppelin and the classic British bands her mother loved. Her mother taught her patience,  and most importantly, to respect the body of work – the album as a collection of songs.

Cole is an artist who paid her dues, she started playing in clubs while still a 15 year old in school, she’d play a couple of nights a week in a local club, honing her craft.

‘Maybe Australians are not brought up to be ambitious, but I had written a few names of producers and writers I wanted to work with on my website at the time. A friend of Howard Willing saw his name there and told him to check out my music. So he sent me an email. I didn’t think it was him at first…. “no way.” But after a couple of emails we jumped on a call and started talking. These talks lead to the important question “have you ever thought about coming out to LA?” The rest is history and I decided to go to LA, it was such an opportunity. So out I went and I tracked an EP Stateside. It was a wonderful first experience, in the recording studios down the corridor was Tracy Chapman, and suddenly I was being connected with so many great musicians.’

Very quickly, momentum grew and national Radio 2 in the UK began to play Cole’s music, establishing a base of support in the UK.

Having made the connection with Howard Willing, the audio engineer who has connections with Smashing Pumpkins and Glen Campbell one thing led to another. He was tracking Ghost on Canvas for Glen Campbell, who is a real musical icon, and Cole ended up doing backing vocals on the album. Talking to Cole you get the feeling of just how proud she is of this and also that she sees herself as a vocalist beyond everything else.

2014 saw another milestone with the release of her first solo album Lay it all Down, and it also gave her the chance to work with none other than Kris Kristofferson, who was guest vocalist on “Penelope.” The album proved to be a wonderful experience, cementing Cole’s credentials as a singer songwriter in the country genre. Times were, however, soon to change.

Post 2015 has seen Cole emerge as bass player, and sometime vocalist, with the alternative rock/grunge band Smashing Pumpkins. Originally brought in for their 2015 acoustic tour, Cole remained, and was quickly to see her social media and media presence explode. The Pumpkins have seen Cole play huge arenas worldwide from the US through to Dublin, and including the Download festival in 2019, ‘an amazing experience as there is this huge crowd and a massive barrier between us and the audience,’ it brought Cole to the eyes of a much bigger audience and she was quick to take advantage of the fact. The tours saw Cole play Wembley Arena and Madison Square, and she was now in a ‘privileged position’ and realised she had to use the momentum for her own career as well. Having raised crowdfunding for her new album, 2017 saw Cole as a touring musician and recording a full album Things That Break: Part 1, a recording that had also seen Cole shift base to Nashville, the home of so much great Country music. The album, released in 2018, was a more introspective piece touching upon themes of toxic relationships and addiction. 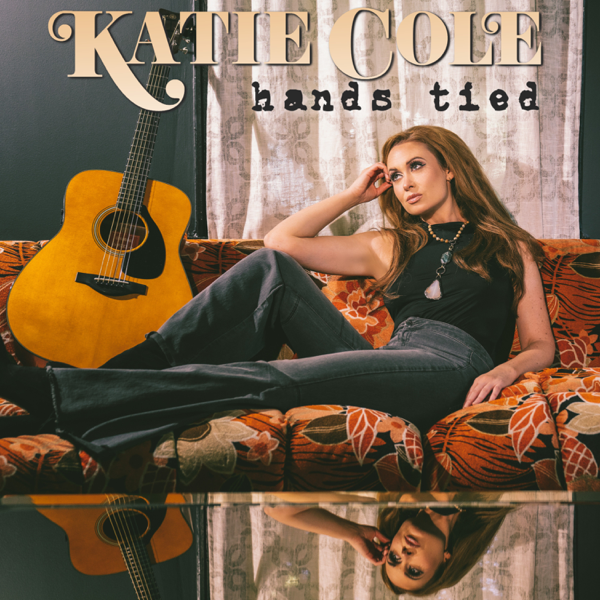 LISTEN TO “HANDS TIED” ON SPOTIFY

There quickly were two, or more, worlds developing. Cole could move between the huge arenas with the Pumpkins to the more intimate surrounds of her own country crowd in the smaller clubs, where she meets her own fans. An artist who slips between genres, ‘the country outlets became confused with me.’ Nashville became a great place for meeting other songwriters and she was still writing songs for others, something she had started back in Australia. ‘I’ll go to Nashville and I do the songwriter rounds…I’m really building something here.’

The fruits of these songwriting sessions can be seen and heard in recent releases with accompanying videos for “Hands Tied,” and “Time in my Hands.” The latter video sees Cole in medieval maiden guise, in the woods; very much the female strolling minstrel or storyteller, a role she is happy enough to identify with.

‘I love the woods, and they are present as well in the video for “Mile in my Shoes,” which is me as a drifter, and I like the idea of the traveller. In “Mile in my Shoes” we shot the video really early in the morning and there was this wonderful feeling in the air, the patterns in the spider webs, I like nature.’

The most recent of the videos, “Hands Tied” contrasts with these, taking Cole into the urban space, a sense of the claustrophobic, where you don’t fall in love again, your hands are tied and you are spinning round. It is a plush video, well thought out and the slick commercial appeal of an artist at the top of their game is clear.

Cole has been really busy in recent years, but has enjoyed the whole experience of work and travel, making time to play the tourist. In the unseasonably hot Summer of 2019 Cole was touring Europe.

‘I have an app on my phone that tells me the schedule and where the venue is, what hotel. That’s touring life in today’s age. We are also emailed “day sheets” to tell us this info. It was helpful to me as I would wake up early EVERY day and immediately google what landmarks, gardens, museums were nearby. I made it my mission to visit something unique at every single city I visited. I did a LOT of walking everywhere, but collected as many memories outside the hotel, stage, bus…as I could.’

In music, and in life, Cole looks to maximise every moment, although making the most of the travel opportunities is naturally difficult on tour; Cole notes how the travel makes you continually tired and you often lose track of where you are.

‘But again, I made a point to learn something, see something, eat something in every city. I sacrificed sleep to do it. But when you’re in my position… you don’t let it slip by. What a waste to go to Florence and NOT see it. Or to Paris. So I was that person having pierogis in Dansk, Poland and Ravioli in Bologna. Went to the Zoo in Berlin, Del Prado Museum in Madrid.’

“The show was amazing Pyrotechnics the whole way through. Giant connected screens, Gene up on a suspended platform. Paul Stanley zipping across the audience to another stage mid-crowd. You couldn’t make this stuff up… Obviously it took until about halfway through the show for my exploding brain to go “how old are these guys”. The beauty of the Kiss makeup and costume is that it makes them invulnerable to age, time, space..possibly. I looked around and there were people in their 20’s-60’s and families with young children all in kiss makeup. We aren’t fighting any wars in Europe, but the Kiss Army is fully loaded there!”

And that took the interview almost full circle back to Nashville and the year of lockdown. Where plans to tour alongside Guns n’ Roses were cancelled, 2020 also saw a tornado devastating parts of Nashville and, along with the rest of the world, concerts stopped. However, Cole has done her live show online using “Stage It” and fans can interact and she does themed shows from the 80’s or 90’s taking on a range of material including The Beatles “Oh Darling” recently.

So lockdown may have been challenging, but new material is on the way and Cole remains positive and upbeat. She’s been busy working on some background arrangements for a Smashing Pumpkins album and has a solid following on YouTube, she is an artist whose career will continue to rise, and is well worth checking out.