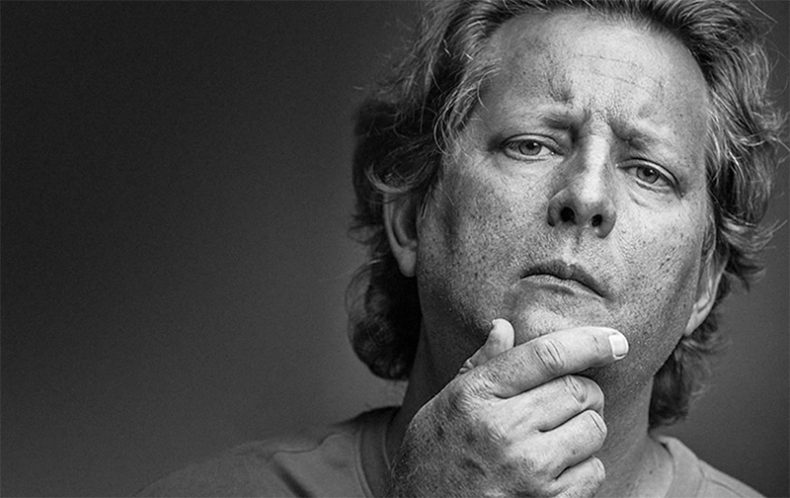 As a part of Myseum’s Music From People City series, Toronto based broadcaster and music critic Alan Cross hosted a lecture on the evolution of Toronto’s music scene at The Great Hall on Tuesday November 14th. The hall would shortly be packed with people lining up around the corner before the doors opened.

The night featured two brief musical performances, book ending Cross’ presentation. Opening with two songs from Morgan Cameron Ross, the spokesman from Old Toronto sang with a sense of honesty and a tone resembling that of Billy Corgan over a warm acoustic guitar. While short, his set was from the heart and resembled a sense of honesty that was apparent in the work of the late Gord Downie. The second and closing performance was from Julian Taylor who, like Ross, performed solo on an acoustic guitar but in a style that was very much his own. His songs were energetic, well written, and performed with a sophisticated flair that was reminiscent of Lenny Kravitz. While only three songs long, Taylor’s performance was nothing short of spectacular and will leave no doubt that he is among the strongest artists of Toronto’s music scene.

With the opening reception finished, Alan Cross walked onto the stage sporting an El Mocambo t-shirt with a presentation that boasted twenty-five facts about Toronto music in twenty-five minutes. This would not be the case as rather than gloss over a collection of trivial facts, Cross hit on a number of major events and locations that are among landmarks within Toronto’s musical community. Taking time to go through stories and occurrences with each one, Cross built a larger continuum of musical culture that, while catering predominantly to styles of rock and punk, created a greater narrative of the relationship between music and our great city. His presentation looked at key events- from Alice Cooper’s infamous chicken riot and the rock and roll revival concert of 1969 (featuring the likes of Cooper, John Lennon, and a wide range of 50’s rock and rollers like Jerry Lee Lewis and Chuck Berry) to the infamously empty Police concerts at The Horseshoe Tavern on their first ever North American tour- along with radio innovations as well as the opening of stadiums such as Maple Leaf Gardens and The Air Canada Centre. What was most interesting was his examinations of various clubs around the city, the likes of The Horseshoe, the El Mocambo, and the soon to be revived Masonic Temple, as well as some of the different music scenes from the city, including the Yorkville folk scene of the 1960’s and the rich strip of music on Yonge Street near the Eaton Centre.

His presentation was thorough and entertaining, but ultimately, it served as a reminder as to not only why Toronto is a music city, but also what we should be doing as active participants in such a city to give something that is absent, commemoration. Comparing Toronto to places like New York and London which both have commermorative plaques around different parts of the city to honour the various figures, venues, and occurrences, such public awareness would go beyond the awareness of such history to the mainstream public, but it would likely allow for Toronto’s current budding music scene to grow even further with the potential to become something as revered and celebrated- among those living in Toronto as well as globally- as Austin and Los Angeles. For all it has seen, Toronto deserves better and Cross’ presentation touched on twenty-five reasons- of what could be well over a hundred- as to why Toronto is a top tier music city.

A passion for music has always been a part of Gerrod’s life. As a young boy, he was raised on a steady diet of the music from The Chili Peppers, Aerosmith, The Stones, Prince, and others from his mum. Raised in the GTA, Gerrod continued to foster his love for music by attending a wide range of concerts and learning the drums. His unapologetic passion for music has no bounds and has spread to a wide variety of styles, whether it be the 90’s rock that sound tracked his teenage years, the jazz he studied in university, or his newfound love for hip-hop. He recently received his bachelors in music and education from York University and is passionate about writing and reviewing good (and less than good) music. Gerrod is also the drummer and songwriter for a Toronto based rock & roll band, One In The Chamber.
RELATED ARTICLES
featuresmusic from people citymyseum